Pauline Loong is the managing director of the Hong Kong-based research consultancy Asia-analytica. She is also a Senior Fellow of CIMB ASEAN Research Institute. She has earned an outstanding reputation as among the best-informed analysts of China’s political economy. She authors the well-known “Loong on China” newsletter which has won accolades for its perceptiveness as well as its meticulous research and reliability.

Her distinguished career includes her role as senior vice-president and China risk analyst at CIMB Securities. She was responsible for alerting clients to the changing dynamics shaping China in the 21st century and what they mean for investment decisions.

Previously, she had been a director at Jardine Fleming (now part of JPMorgan) where she headed its China department. She also served as head of research at Jardine Fleming China, a venture backed by the World Bank’s International Financing Corp.

At Jardine Fleming, she successfully guided clients through the most tumultuous decade in modern Chinese history: the Tiananmen Square crackdown in 1989, the death of Deng Xiaoping and the highly confrontational run-up to Hong Kong’s handover to Beijing in 1997.

Ms Loong’s Chinese Mainland connections are impressive and have been developed during three decades of close personal involvement in China’s economy – both as a market player and as a journalistic observer. Her Mainland experience as well as her expertise led to an executive position with CITIC Resources as it was developing its offshore business.

The foundations of her Beijing relationships had been laid when she had been among the first foreign correspondents in China in the 1980s as assistant editor of the Far Eastern Economic Review and Editor of its authoritative China Trade Report. In the early 2000s, she had extensive access to top policy circles in Beijing after her appointment as Editor-in-Chief of Euromoney’s stable of financial magazines in Asia.

Ms Loong’s awards include being voted “Best China analyst” in 1993 (representing Jardine Fleming) and being again ranked among the best analysts in 2007 (representing CIMB) in two global polls of fund managers by Asiamoney. She won Euromoney’s “Best Stories Award” in 2000 for her analysis on Asia’s growing hedge fund industry and in 2003 on the takeover of Jardine Fleming by Chase.

She graduated in English Literature from the University of Hong Kong. She was nominated by Jardine Matheson to undertake course studies on socialist economics and the Chinese political system at Peking University and at Tsinghua University in 1997.

Tan Sri Dato’ Dr. Michael O.K. Yeoh is a public intellectual, social entrepreneur and thought leader. He is Co-Founder and Chief Executive Officer of The Asian Strategy & Leadership Institute (ASLI), recently ranked as one of the world’s and region’s top think tank. ASLI was ranked no. 23 in the world among think tanks with budget below USD5 million and 22 in the world among think tanks to watch. ASLI’s Centre for Public Policy Studies (CPPS) was also ranked 4th best in Asia Pacific región. Dr. Yeoh is also Founder Vice-Chairman of CPPS.

Dr. Yeoh was appointed by the Prime Minister of Malaysia to be a Member of the National Unity Consultative Council, the Advisory Board of the Malaysian Anti-Corruption Commission and a Commissioner in Malaysia’s Competition Commission. He was appointed by the Malaysian Government to be Malaysia’s Representative with Ambassador status on the ASEAN High Level Task Force on Connectivity. He has served two terms as a Commissioner in Malaysia’s Human Rights Commission. He is now Deputy President of the Association for Promotion of Human Rights (PROHAM). He was recently appointed to be a Council Member of the United Nations ESCAP Business Advisory Council.

With over 30 years corporate experience, he sits on the Board of Directors of Pan Malaysia Corporation, Malaysia-China Business Council and MUI Properties and was a Director of Star Publications and the National Heart Institute. He also sits on the Board of Governors of the Wawasan Open University. He is also Chairman of the World Chinese Economic Forum and the ASEAN Leadership Forum. He was recently elected as the Secretary General of the Malaysia-Japan Economic Cooperation Association (MAJECA).

He graduated in Economics and Accountancy from Australia’s Monash University and has undertaken senior executive programmes at Harvard Business School and Aresty Institute of Wharton School. He was conferred a Doctorate in Laws (honoraris causa) by the University of Nottingham. He is a sought after speaker at international conferences and has authored several books on leadership, management and politics. Dr. Yeoh is also a member of the Institute of Strategic and International Studies London, a Fellow of the UK Institute of Directors and Fellow of the Malaysian Institute of Management. He enjoys photography, reading and travelling.

Dr. Zhang Miao is Research Fellow at Institute of China Studies, University of Malaya. She obtained her PhD in Economics from University of Malaya in 2014. She has been studying China-Malaysia trade and investment, urban studies and institutional economics. Her research spectrum also extends to the fields of industrial policy and technology innovation. Her previous writings have appeared in a number of international journals such as Journal of Contemporary Asia, Habitat International, Cities, Journal of Asia Pacific Economy, International Journal of China Studies, Institutions and Economies and Asia Pacific Business Review.

Mr. Unny Sankar is the Senior Principal Assistant Director of Bilateral Economic and Trade Relations at the Ministry of International Trade and Industry Malaysia. His responsibilities include overseeing the newly established Belt and Road Initiative National Secretariat as well as bilateral economic and trade matters relating to the People’s Republic of China, Hong Kong, Taiwan and Macau. In addition, Mr. Unny Sankar leads coordination and monitoring team on the implementation of Five Year Program for Economic and Trade Relations between Malaysia and China.

He started his career in the civil service at the Ministry of Health Malaysia in 2003. He was part of the free trade agreement negotiating team for Intellectual Property Rights Chapter, Trade in Goods and Trade in Services — negotiating for access to medicine and trade in health.

He obtained his Bachelor of Science in Biochemistry (Honors) from the University of Malaya in 2003 and Master of Public Administration from Harvard University in 2014. Currently he also serves as the Executive Committee Member for the Harvard Club of Malaysia. 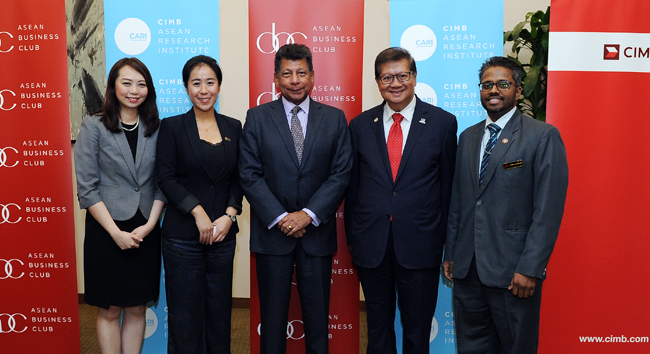 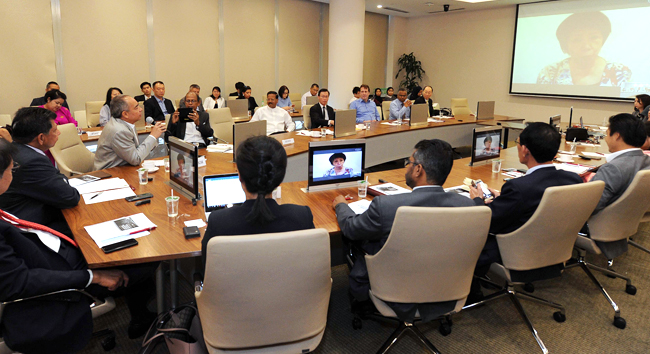 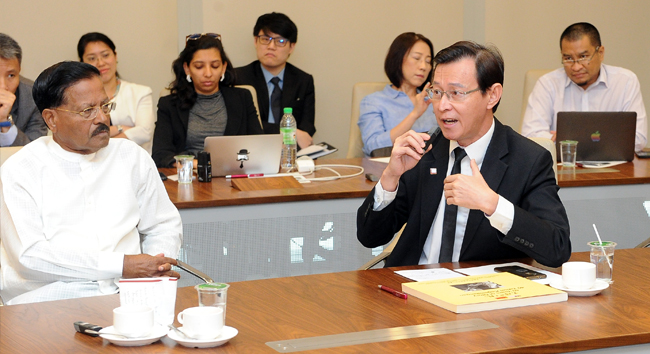 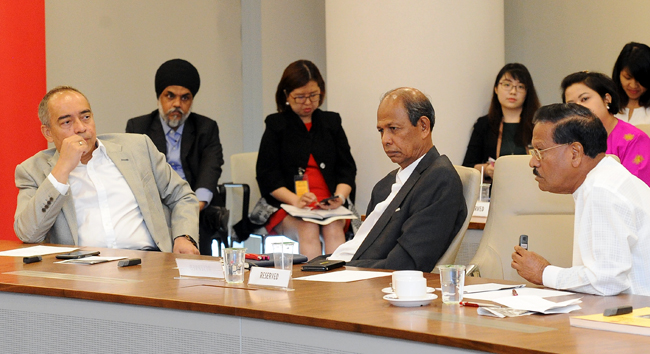 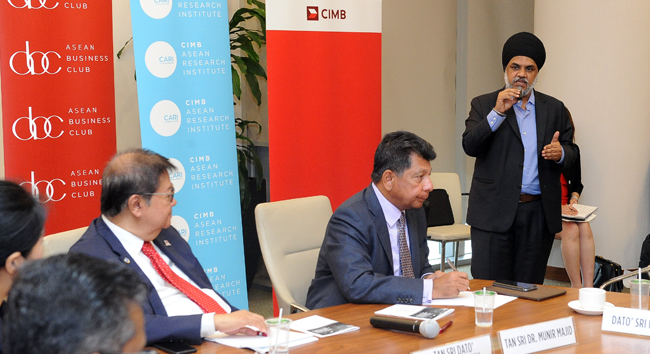 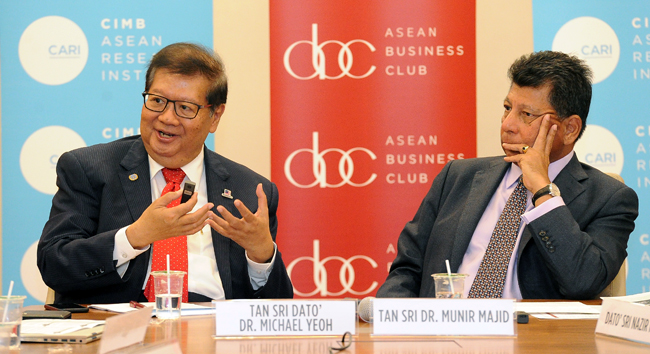 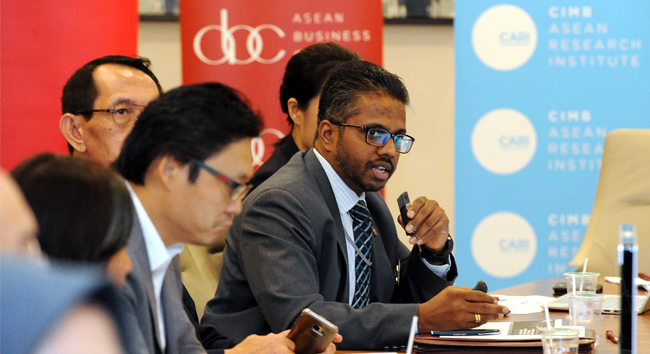 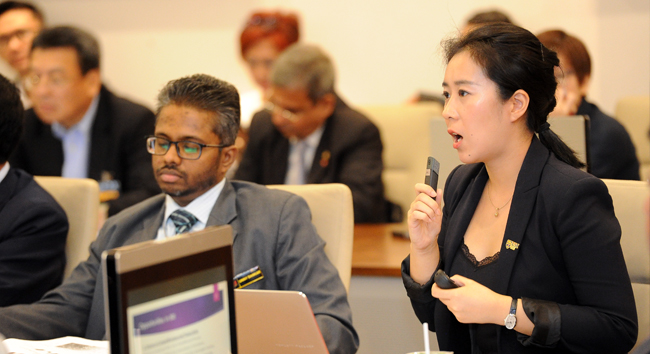 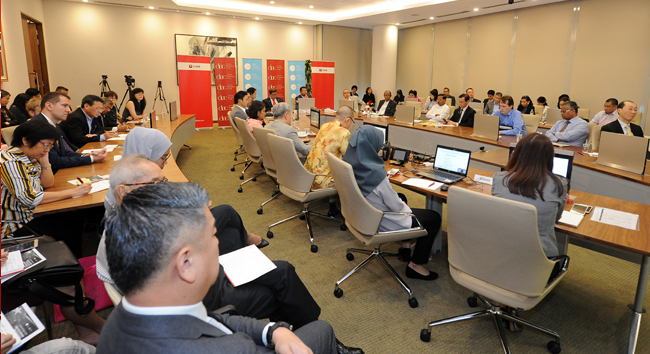 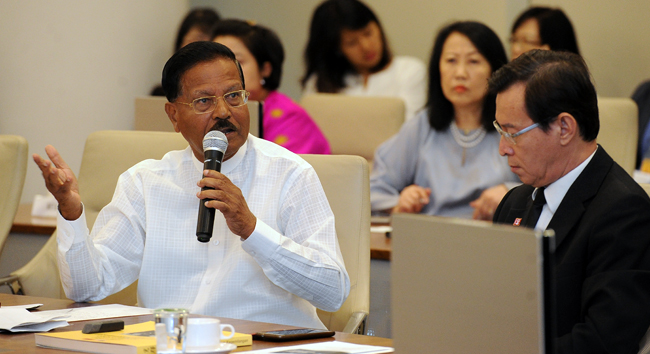 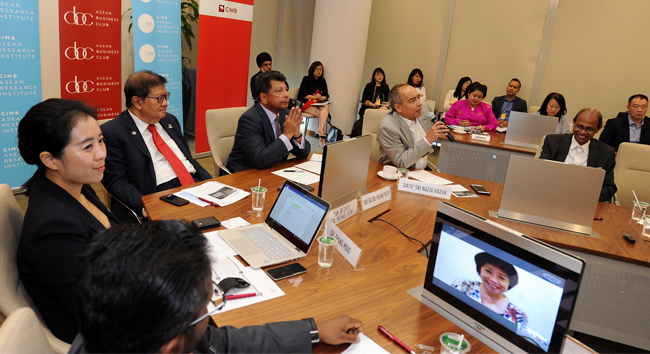 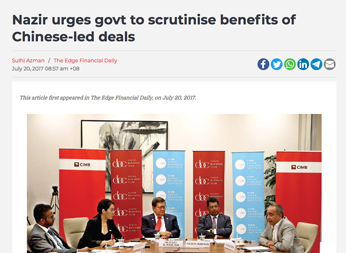 KUALA LUMPUR: Prominent banker Datuk Seri Nazir Razak has called on the government to scrutinise Chinese-led investments in Malaysia that are part of the expansive One Belt, One Road (Obor) initiative, particularly the 600km-long East Coast Rail Line (ECRL) project.

Nazir, who is the chairman of CIMB Group Holdings Bhd, the country’s second-largest lender by assets, said the RM55 billion ECRL project should be thoroughly scrutinised as the project should not be solely measured in terms of investment scale, but also in its value proposition.

“I think it is very important that we get away from this traditional Malaysian excitement for everything that is large and sexy. That is very dangerous,” Nazir said at the roundtable on “China’s Belt and Road Initiative in Asean: economic opportunities and Asean centrality” yesterday. The event was organised by CIMB Asean Research Institute in collaboration with the Asean Business Club… 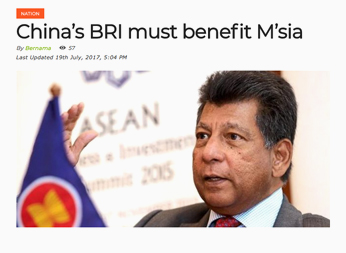 KUALA LUMPUR: Malaysia must ensure that planned investments in China’s Belt and Road Initiative (BRI) will benefit the country.

CIMB Asean Research Institute (CARI) Chairman Munir Majid said Malaysia must not be overwhelmed by the size of the Chinese initiative and had to negotiate bilateral relations that worked for it.

“It is a very good thing coming at us, but don’t be punch-drunk and think it automatically benefit us… 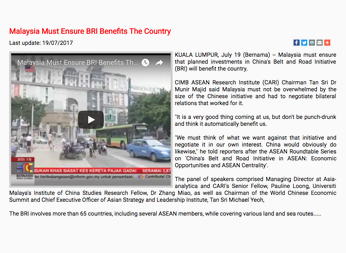