Amb. Michael W. Michalak joined the U.S.-ASEAN Business Council in September 2015 as Senior Vice President and Regional Managing Director. He oversees the Council’s six offices in the Association of Southeast Asian Nations (ASEAN) from the Council’s regional headquarters in Singapore, leads the Council’s regional advocacy efforts and engages regularly with key ASEAN policymakers and thought leaders to offer his unique perspective on the key role U.S. businesses can play in ASEAN. He also manages, coaches and develops the Council’s most critical resource: its staff.

Amb. Michalak most recently worked as an independent business consultant focused on Asia and particularly Vietnam. He also served as Senior Advisor to the private sector host committee of the U.S. APEC Year (2011). His diplomatic career with the U.S. State Department spanned more 30 years and included postings to Tokyo, Japan; Sydney, Australia; Islamabad, Pakistan; Beijing, China; as well as Washington, D.C. He served as U.S. Ambassador to Vietnam from August 2007 to February 2011. Prior to his position in Vietnam, Amb. Michalak was Ambassador and Senior U.S. Official to APEC. He also served as Deputy Chief of Mission of the U.S. Embassy in Tokyo. In addition, he received a group award for valor for his actions in a time of crisis when the U.S. Embassy in Islamabad was burned down. Amb. Michalak began his career as a research physicist at Nasa.

Dr. Arup Raha is the Chief Economist of CIMB ASEAN Research Institute. While his work and interests are global in nature, Arup’s particular expertise is on Asia where he has close to 20 years of experience working as a professional economist in the financial services industry. He was the Chief Asia Economist for global banks such as HSBC, Citi and UBS and also the Head of India Equity Research for JP Morgan. Prior to working in financial markets, Arup was an economist with The World Bank in Washington D.C.

He also acted as the Under Secretary of West Asia and the Organisation of Islamic Cooperation (OIC) and has participated in several Ministerial and Prime Ministerial visits to West Asian Countries and OIC Meetings.

During his tenure as the Director General of ASEAN, he actively participated in the organisation of the 30th ASEAN Ministerial Meeting held in Kuala Lumpur as well as the ASEAN Head of Summit and the 10+3 Summit Meetings in Malaysia.

In 1998, he was appointed as the Ambassador of Malaysia to the People’s Republic of China and concurrently accredited to the Democratic People’s Republic of Korea until his retirement on 2nd January, 2005. Post-retirement, he continues to actively participate in various conferences and seminars dealing with the subject of China’s Economic Development and ASEAN. He sits on the board of directors of several companies, both listed and private.

Tunku Zain Al-‘Abidin is a Senior Fellow of CIMB ASEAN Research Institute; Founding President of the Institute for Democracy and Economic Affairs; a Trustee of Yayasan Chow Kit, Yayasan Munarah, the Jeffrey Cheah Foundation and the Genovasi Foundation; an Independent Non-Executive Director of Allianz Malaysia Berhad and Kian Joo Can Factory Berhad; an advisor or patron to numerous educational and cultural organisations; a committee member of several societies; and a columnist in three newspapers.

He was educated at the Kuala Lumpur Alice Smith School, Marlborough College and the London School of Economics and Political Science, where he obtained his MSc in Comparative Politics. He then worked in the UK Houses of Parliament before moving to Washington DC to join the World Bank as a Public Sector Consultant. Upon returning to Malaysia, Tunku Zain worked at the United Nations Development Programme and the KRA Group before becoming a Research Fellow at the Lee Kuan Yew School of Public Policy at the National University of Singapore.

In 2006 he co-founded the Malaysia Think Tank which evolved into the Institute for Democracy and Economic Affairs (IDEAS) in 2010. Since 2008 he has maintained a newspaper column: firstly Abiding Times in theSun, then Roaming Beyond the Fence in the Star and Sin Chew, and now Conservatively Speaking Freely in the Malay Mail, Borneo Post and Oriental Daily. From these articles three books have been compiled, the latest being nominated for the Popular Readers’ Choice Awards. Tunku Zain also authored a coffee table book for the Installation of the Eleventh Yang di-Pertuan Besar of Negeri Sembilan and led a major project to revitalise the State Anthem.

An Eisenhower Fellow, he has been selected for various leadership programmes by the governments of Australia, France and the European Union and has received awards for integrity and impact among young leaders. 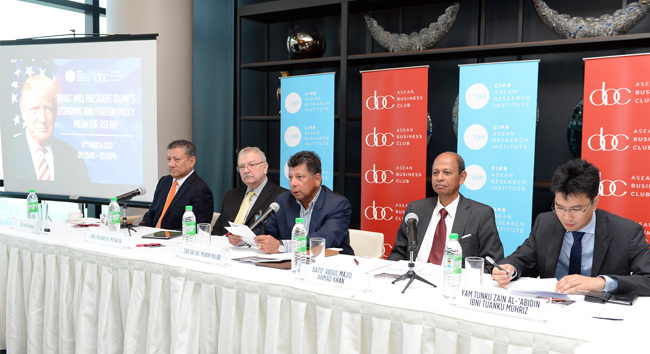 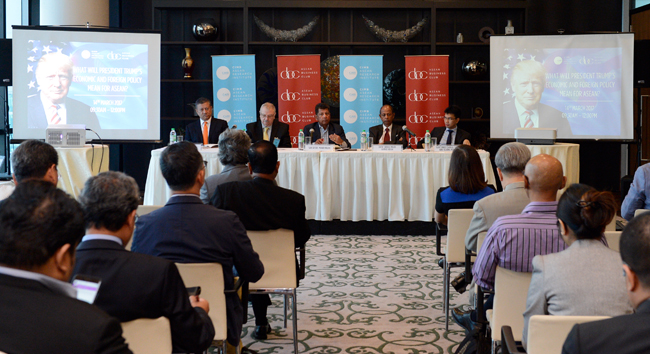 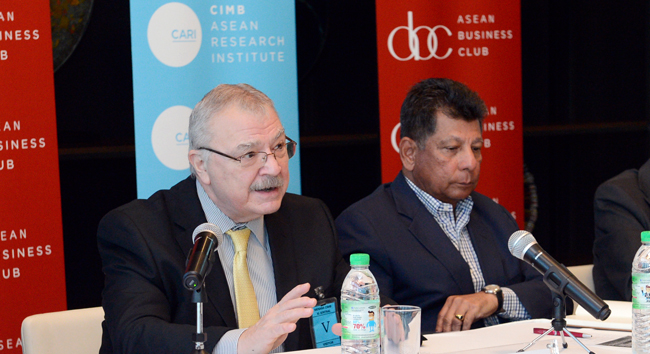 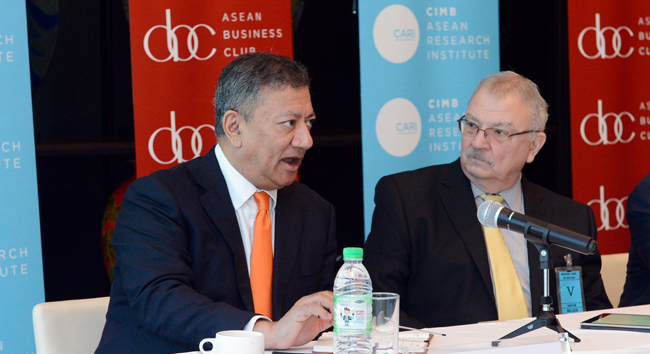 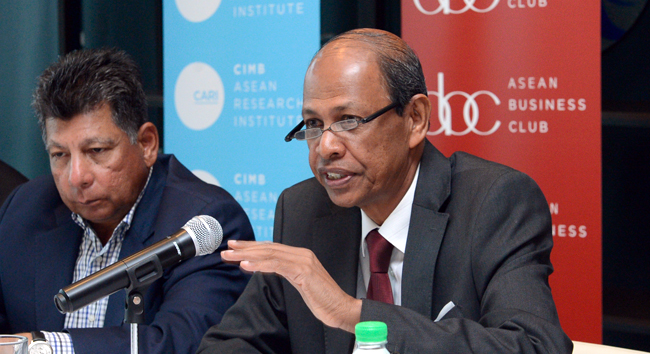 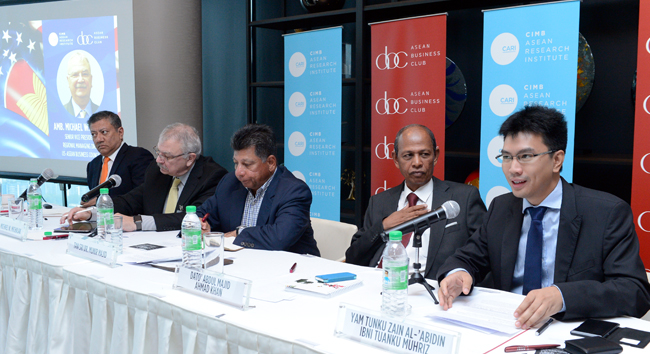 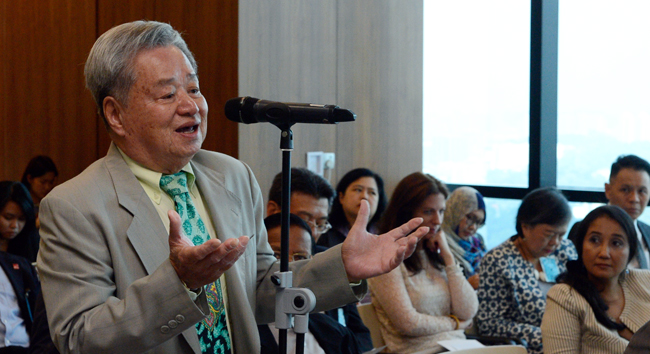 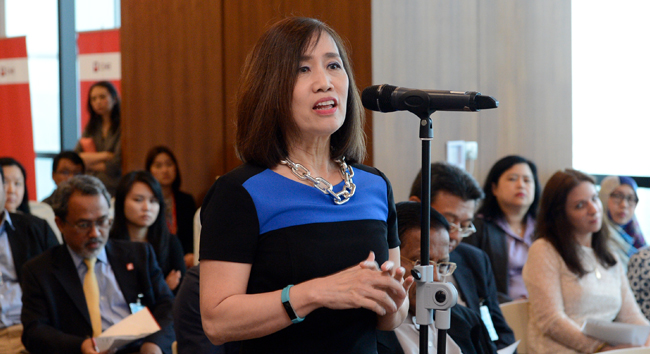 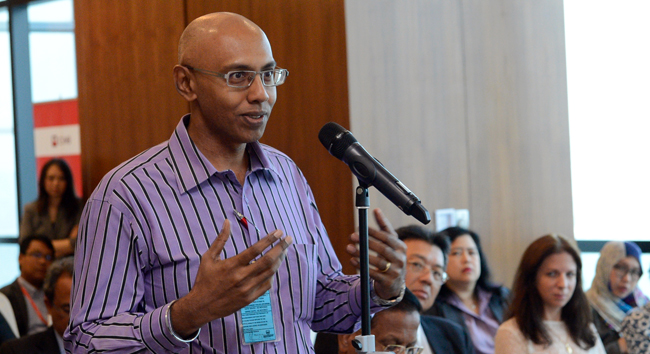 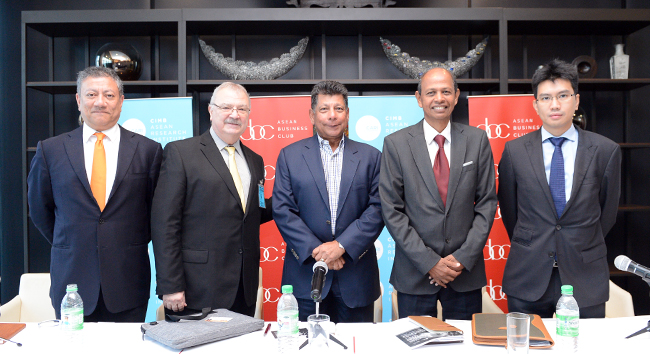 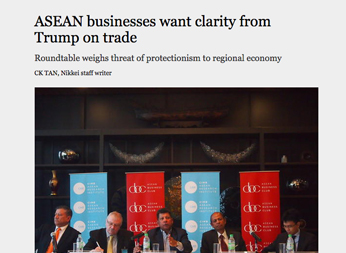 More than anything, perhaps, companies across the Association of Southeast Asian Nations bloc want to know exactly where Washington stands.

“Business requires certainty to operate and thrive, especially when the ASEAN Economic Community is at a nascent state with teething issues,” said Munir Majid, chairman of the CIMB ASEAN Research Institute, or CARI… 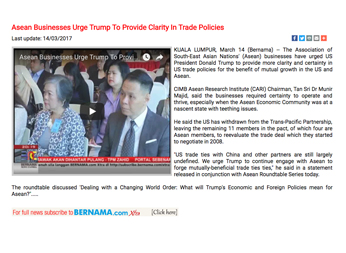 KUALA LUMPUR, March 14 (Bernama) — The Association of South-East Asian Nations’ (Asean) businesses have urged US President Donald Trump to provide more clarity and certainty in US trade policies for the benefit of mutual growth in the US and Asean. 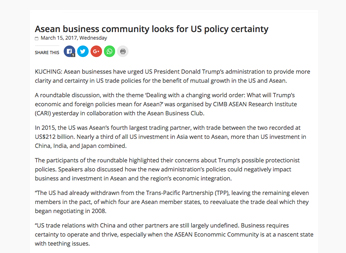 KUCHING: Asean businesses have urged US President Donald Trump’s administration to provide more clarity and certainty in US trade policies for the benefit of mutual growth in the US and Asean.

A roundtable discussion, with the theme ‘Dealing with a changing world order: What will Trump’s economic and foreign policies mean for Asean?’ was organised by CIMB ASEAN Research Institute (CARI) yesterday in collaboration with the Asean Business Club.

In 2015, the US was Asean’s fourth largest trading partner, with trade between the two recorded at US$212 billion. Nearly a third of all US investment in Asia went to Asean, more than US investment in China, India, and Japan combined…