Indonesia, affected by external headwinds, has seen its pace of economic activity stabilize around 5% growth since 2014. By the end of 2016, the Indonesian economy will have grown by another 5%, driven by private consumption and supported by public consumption. Core inflation has trended down. October saw the lowest core inflation rate since 2000. Given the relative stability of the IDR, the monetary authority, Bank Indonesia (BI), cut rates 6 times in 2016, and the policy rate, the 7-days reverse repo rate, now stands at 4.75%. I believe the rupiah is still undervalued against the USD, and on the back of budgetary realignment and a pickup in growth momentum, I expect the IDR to gradually appreciate in 2H2017. The economy should grow by 5.1% in 2017 and the year-average inflation is seen at 3.9% yoy.

Trade surplus in 9M2016 on the back of slower global demand

Expectations are for a stable IDR 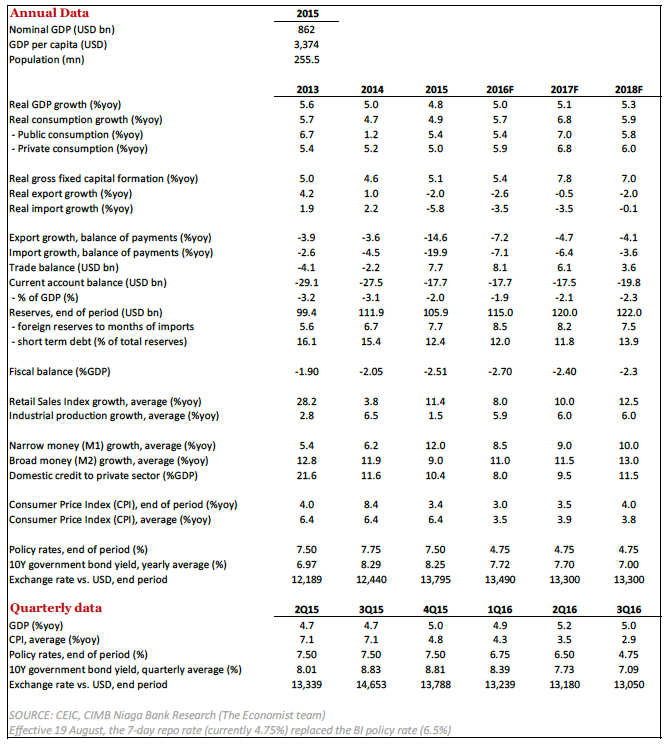