The economy has weathered several external headwinds over the last few years and growth has slowed. But with exchange rate flexibility and well functioning financial markets, macro-stability has been maintained. This may be the year where it also finds stabilization in its growth rate or perhaps even a modest increase over the 4.2% pace in 2016. Much will depend on the external sector, which while shrinking in relative terms, still remains crucial to Malaysia’s fortunes. Inflationary pressures, though modestly greater on firming commodity prices, are not an area of concern and, under usual circumstances, the bias for policy rates would have been to the downside. However, the firmer US rates outlook and recent pressure on the MYR may have ended the rate cutting cycle. The MYR has been volatile and in 2017 I expect it to move largely in line with regional currencies, with the dollar index and the RMB playing meaningful roles in determining its value.

The external sector – the turnaround factor but not without risk

Inflation has picked up but is not a cause for concern 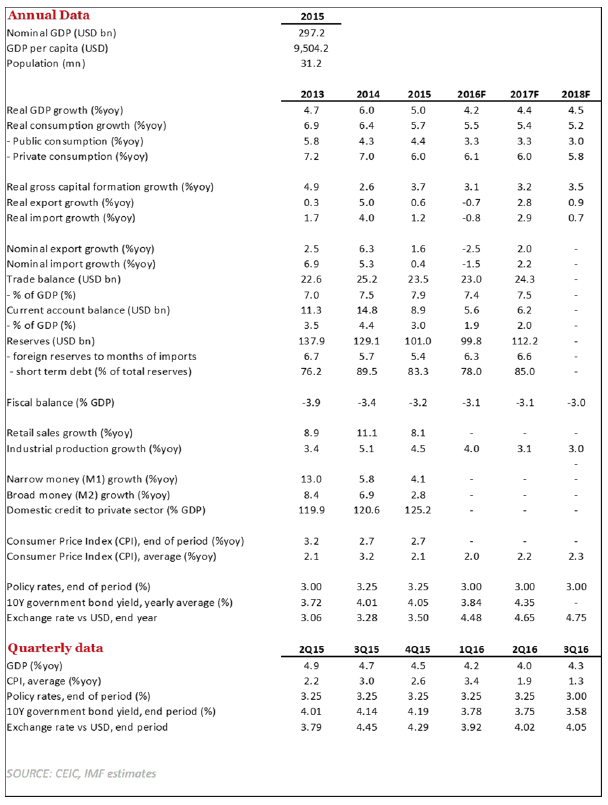