Advance estimates of 4Q16 GDP growth signal an economy that may be recovering. We partially agree; yes, there is recovery but the pace implied by the 1.8% yoy and 9.1% qoq clip in 4Q16 may have been misleading. The headwinds for the Singapore economy remain in place for now as growth in Singapore’s major trading partners continue to stay below average. Barring the unexpected 4Q advance estimate, based on October and November data, the economy only managed to expand an estimated 1.5% yoy in the first nine months of 2016 vs. 2.1% for the same period in 2015. Not much upside on growth can be expected until the global economy recovers. The Monetary Authority of Singapore (MAS) has a similar take, expecting growth between 1-2% in 2017. In October 2016, MAS maintained its neutral stance on monetary policy, citing the uncertain external environment We expect this stance to persist for some time. Given this stance, and our view that the Fed will likely raise rates 2-3 times in 2017, the USD/SGD pair should weaken to about 1.48 by the end of 2017 and the 3m SIBOR should be around 1.25%.

No respite from sluggish global demand 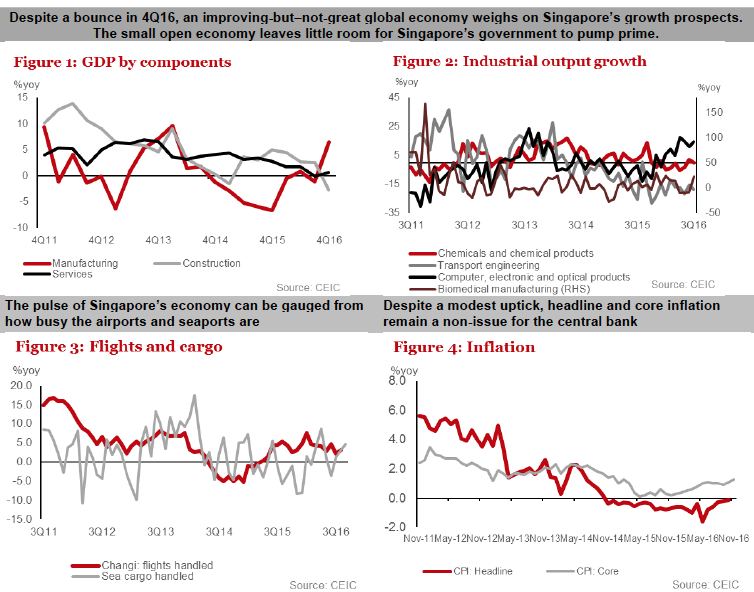 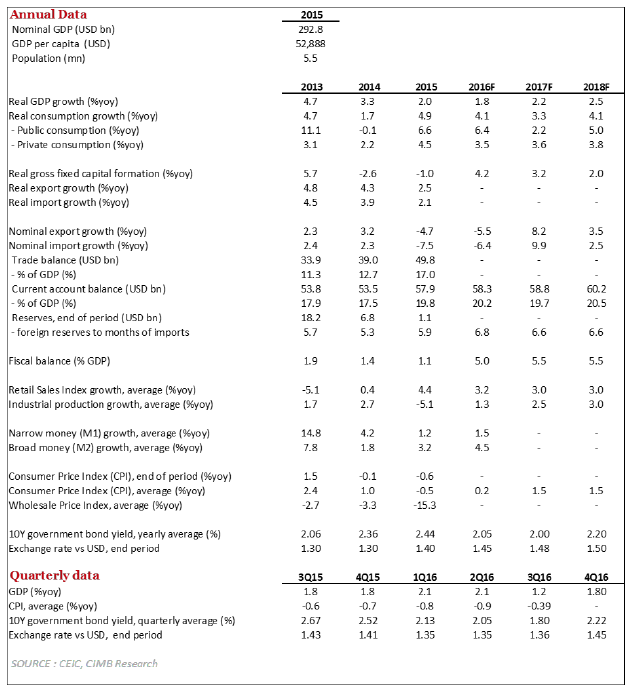