With gross domestic product (GDP) growth of 7 % year over year (yoy) in 2016 Cambodia is continuing its fast pace of growth, aided by the export of garments, strong construction activity and government spending. The tourism sector slowed down but the agriculture sector rebounded a bit compared to sluggish performance in last couple of years caused by low commodities’ prices and adverse weather conditions. The current account has narrowed last year thanks mainly to a steady increase in foreign direct investment (FDI) and low oil prices on the import side. Although revenue collection improved, the increase in public wages led to the higher fiscal deficit. Rising consumption spending and wages accelerated inflation. The risks to an overall positive outlook involve the possible slowdown in China and in the European Union (EU); the potential elections in 2018; the fallout from further US rate hike (as the economy is highly dollarized); and rapid credit growth highly concentrated in real estate and construction sectors. 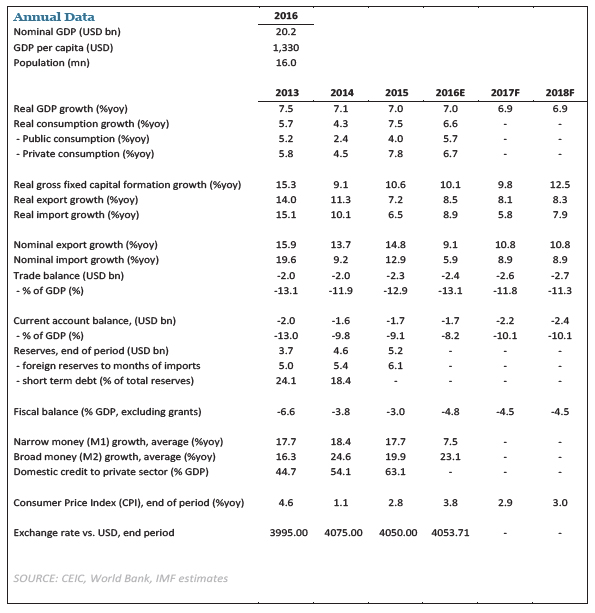