ASEAN well placed to gain from return of Silk Road 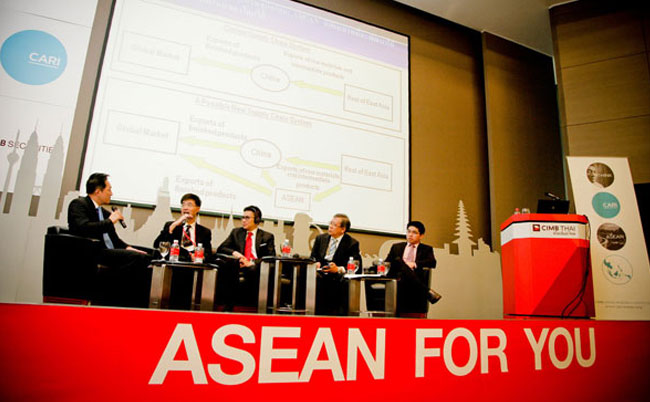 Asean stands to benefit tremendously from the return of he restoration of the 500-year-old trading route is already underway with Asean resuming its ancient role of linking China, India and the rest of Asia to the rest of the world, he told a seminar on “Rethinking Asean in the New Global Economy” held by CIMB Bank. Myanmar provides the geographical link between the Indian Ocean and Andaman Sea, while Thailand stands at the crossroads of “continental Asia”.

However, Asean needs a “new growth model” to deal effectively with the “new global order” that its “engaging business” sector can play a key role in. Bunluasak Pussarungsri, executive vice president of CIMB Thai Bank, said Asean could take some global production share away from China and become a new global production hub for some industries including automobiles, provided it has the right strategy.

Every Asean country except Singapore and Malaysia has lower production costs than China. China has dominated the world because it has a large supply-chain network. In the case of textiles, we have already succeeded [in fighting back China] through the forming of clusters that leverage on the different [expertise of textile producers].

To seize some global production share back from China, Asean countries need to rely on their governments to take strategic initiatives in bringing down significantly their trade barriers and opening up their services sector.

Based on Asean’s “sloppy” track record in implementing the Asean Free Trade Agreement and other regional initiatives, the arrival of the Asean Economic Community in 2015 is not expected to lead to a major change in trade and business during the early years, Bunluasak said. However, one should not forget about the “unofficial Asean”. “I think we would be underestimating if we look only at what governments are doing. We should not forget that apart from the official process, there is real integration going on … people to people, at neighbouring districts, towns.” Indonesia is bucking the trend with its recent move to restrict foreign shareholding in some industries, he added.

Pang said: “The restriction is not applied only on Asean but also the rest of the world. Indonesia is shooting themselves in the foot.”

“Although Thai banks are very strong domestically and foreigners would find it difficult to come in [and compete against them], in the next five to 10 years, this venue [Thai market] might become too small,” so they should move quickly, he said.