AEC Blueprint 2025 Analysis: Paper 2 | Liberalisation of the Trade in Goods

With the removal of tariff barriers defining a decade of success in liberalising the free flow of goods, the AEC Blueprint 2025 hopes to capitalise on past achievements whilst introducing new initiatives.

What were the targets in the AEC 2015 Blueprint? 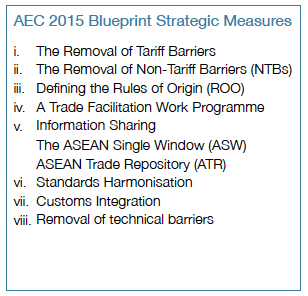 The goal of free flow of goods is a key element in achieving the AEC’s first pillar within the 2015 blueprint, which details the creation of a single market and production base. Since 1967, several key
agreements and actions were adopted in an effort to remove trade barriers and facilitate trade:

1. The ASEAN Free Trade Area (AFTA)
Signed in 1992, the AFTA detailed the implementation of a Common Effective Preferential Tariff (CEPT) scheme. This applied a 0%-5% tariff rate to goods traded between ASEAN member states.

2. The AEC Blueprint 2015
Adopted in 2007, the blueprint outlined strategic measures and also delineated a definitive timeline for the CEPT scheme to be implemented, which further enhanced AFTA.

3. The ASEAN Trade in Goods Agreement (ATIGA)
Ratified in 2009, ATIGA expanded on both the CEPT-AFTA and AEC Blueprint 2015. ATIGA also formalised the self-certification and ASEAN Single Window (ASW) concepts for trade facilitation and information sharing.

Out of the targeted actions outlined above, the AEC’s most significant accomplishment to date lies with the removal of tariff barriers; as of 2015, 95.99% of intra-regional tariff lines have been liberalised, 99.2% in the ASEAN-6 and 90.8% for CLMV nations. Information sharing initiatives and the harmonisation of technical and regulatory standards have gained traction, whilst groundwork provided by the ROO and NTB has paved the way for future action. 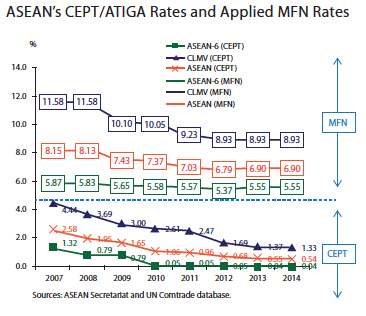 Whilst import duties between the ASEAN-6 have been virtually eliminated, it should be noted that tariff reductions for CLMV countries are still underway and have been given a deadline in 2018. Several key areas still require progress, as outlined below:

What new measures are included in the AEC 2025 Blueprint? 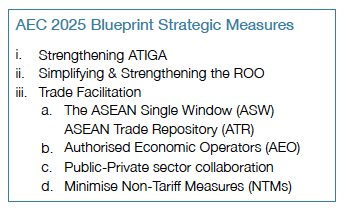 These strategic measures are analysed in depth below. 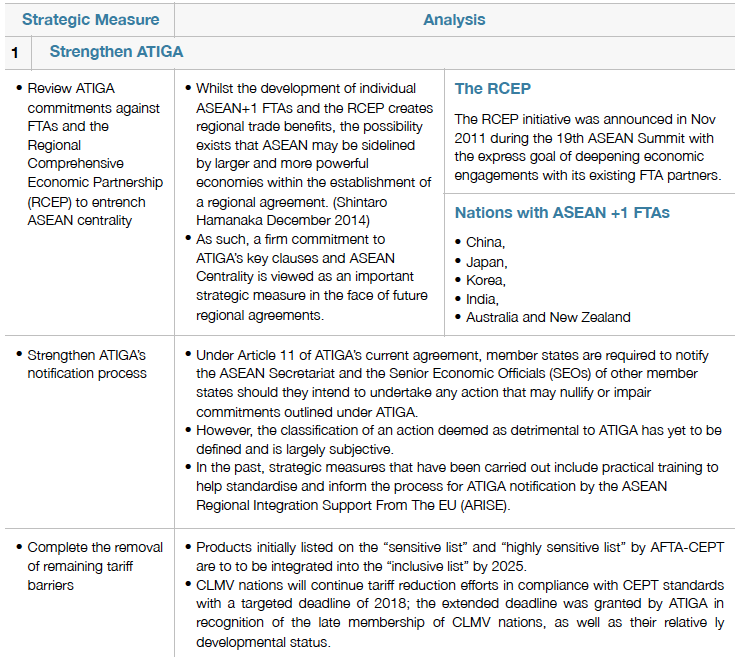 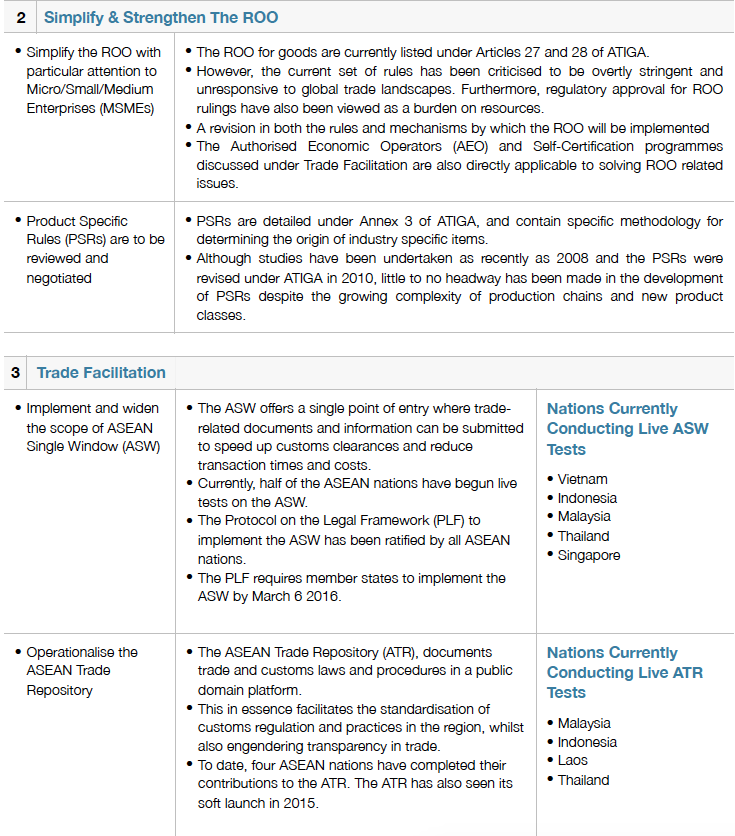 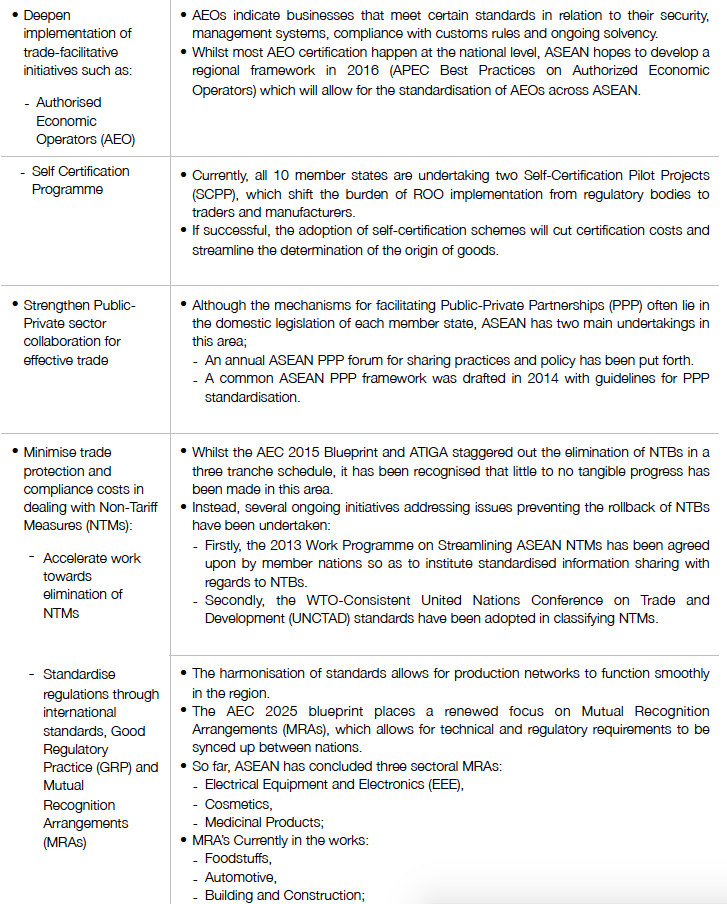 In particular, the AEC 2025 Blueprint’s two largest areas of focus will be the harmonisation of customs regulations and removal of technical and regulatory barriers. Whilst feasible, it should be noted that successful implementation of these two areas will require greater participation from CLMV nations in particular, as well as a firm commitment to regulatory transparency.

Meanwhile, the removal of NTBs still remains a large challenge, with the preliminary job of classifying NTBs being ASEAN’s greatest hurdle in the short term future. Long term aspirations in the full removal of NTBs are unlikely as examples of NTB elimination around the world have remained unsuccessful. (Majid November 2015)