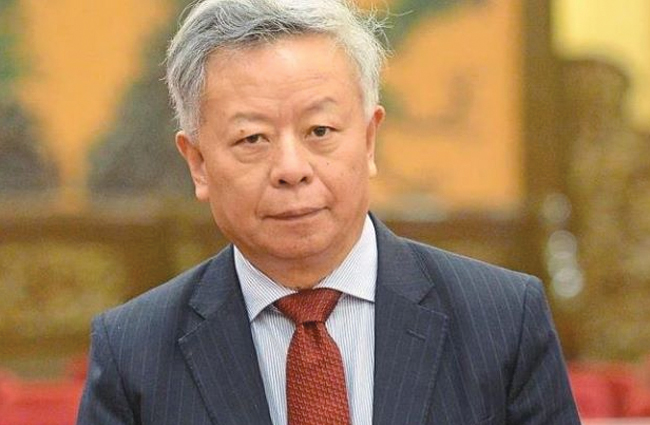 CHINA’S setting up of the AIIB (Asian Infrastructure Investment Bank) is a most significant event in contemporary history.

It represents another shift eastwards in the global balance of power, particularly from the US to China. However, other Asian – particularly Asean – countries have also to reflect on what it means to them.

The US AIIB dilemma is a useful point over which to ponder. It has very little to do with transparency, governance and environment. It has to do with the power equation with China. Predominance and control.

Clearly the US is struggling to come to terms with China’s rise. This is not to say America opposes it, but it is a hard thing for the US to swallow, to play second fiddle. And the AIIB is the first big test of that adjustment.

With the launch of the AIIB, China has also shown how it can make good things happen with support not just from Asia, but also beyond. It is becoming a global power with considerable reach and influence.

Controlling about 30% of the capital of the AIIB China, as the promoter, has shown itself as a leader that can control the future of other countries. How Beijing exercises that leadership remains to be seen, but insofar as member state expectations are concerned, they see Asian countries for the first time in living memory controlling an international institution of considerable weight – and with it their economic prospects.

To sustain Asian economic growth trajectory, US$8 trillion of national infrastructure development is needed up to 2020, not counting US$290bil in regional connectivity infrastructure. Indonesia alone needs US$230bil, Myanmar US$80bil. With the potential of the US$100bil AIIB, plus the US$40bil Silk Road Fund for “One Belt One Road”, there is for the first time some good hope of meeting this need.

The US, in its difficult adjustment, points to potential future problems rather than the promise of the AIIB. How “lean, clean and green” will the AIIB be? As if the US dominated Bretton Woods institutions have been pristine, but that does not mean it is a question that should not be asked about AIIB.

So, as the Asian countries get in line, eyes glued on the lolly, they should not hold back from asking questions and seeking answers on how the AIIB is going to operate.

Another issue raised primarily by the Americans is over procurement and personnel appointments. Again, as if the IMF, World Bank and ADB did not come with strings attached by largely senior Caucasian officials from the institutions. But, having suffered from such suppression in the past, Asian countries should want to know what the future holds with the AIIB on procurement and personnel.

With the AIIB headquartered in Beijing and China putting up most of the money, it is only to be expected there will be a Chinese bias on both scores. The president-designate Jin Liqun, however, is suave and affable, better than some of the boorish heads past and present of the Bretton Woods institutions. Nevertheless, it is not undignified to ask about other appointments and their distribution. This horse-trading occurs at international level.

On procurement, Chinese companies are already assuming they will have first-mover advantage contractual right – but this does not necessarily reflect what the Chinese government thinks or mean that the AIIB will be biased for them.

Indeed, Chinese Prime Minister Li Keqiang during his visit to France this week admitted China lacked advanced technologies and looked forward to “form joint ventures or cooperatives” with the developed world. This was stated on the occasion of a historic deal with France to carry out joint projects in Asian and African countries.

And it follows a considerable period during which China was intent on muscling out developed countries in its economic expansion to African and some Asian countries.

Thus, China’s tendency of blowing hot and cold has been a problem in gauging Beijing objectives and mode of operation.

A former US ambassador to the ADB recently related how the poorest Pacific countries failed to receive Chinese support at board level for projects as they had recognised Taiwan. Again, not that the US was ever reticent about such political power play.

Still, it would not be remiss to ask how far China would penalise countries on the wrong political wave-length, even if it would be too much to expect Beijing to support a state opposed to and in conflict with it.

How would the Philippines and Vietnam score in the AIIB on the Chinese political barometer given their adversarial position in the South China Sea dispute? Indeed, the other claimant states, such as Malaysia and Brunei. Of course, if they are willing to become vassals of the Chinese state in return for largesse, it is entirely up to them. But it is not to be expected the proud sovereign states of South-East Asia would stoop to this, but who knows.

In the AIIB, Asean states will each have a very small stake, even if Indonesia might be among the top ten shareholders. Together they might represent something a little more significant. Would they then not want to develop a common position in areas of infrastructure and connectivity development that would be of shared benefit?

Asean leaders do not seem to discuss strategic issues such as, now, the meaning and significance of the AIIB to future regional order. Generalised, but not inaccurate, assertions are made about its good in terms of infrastructure and economic development. But there is more to it than that.

When they meet, Asean leaders follow a well-scripted agenda that does not include a free flow of discussion. Foreign ministries often are hell-bent on avoiding this, because they think strategy and state secrets must at all cost be protected. They should give the leaders greater credit than assumed stupidity. These discussions must take place beyond other broad issues, such as the Middle East etc, or immediate issues, such as refugees and migrants.

Strategic issues are so critical to Asean’s future place in the regional order. Deficient discussion, or avoidance of it altogether, erodes Asean role in the evolving system. More time must be set aside at Asean summits for discussion on these issues.

The economic ministries too must not just look at issues and targets one by one and in a rush without presenting the bigger picture. There is great strategic content in the minutiae which is hardly highlighted or discoursed.

If Asean meetings and summits go on like this, community or no community, the region will miss the wood for the trees.