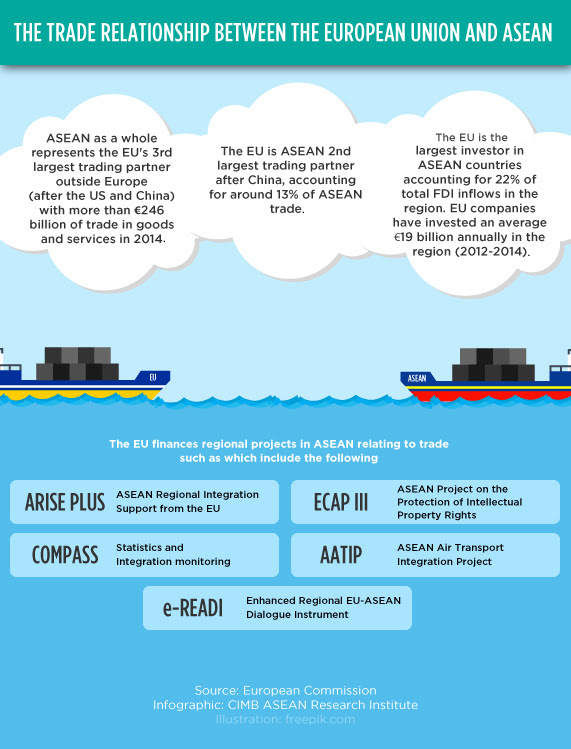 Malaysian economy to strengthen around Q3
(22 January 2018) The Department of Statistics Malaysia said that the economy will continue to strengthen between March and May of 2018. The leading index, which monitors the economic performance in advance, expanded 1% in November 2017 to 121.3 points from 120.1 points in October 2017. Underpinning the growth were the number of housing units approved (0.5%); expected sales value in manufacturing sector (0.4%); real imports of other basic precious and other non-ferrous metals (0.1%) and number of new companies registered (0.1%).

Vietnam and India to strengthen defence ties
(25 January 2018) Indian Prime Minister Narendra Modi’s bilateral meeting with his Vietnamese counterpart, Nguyen Xuan Phuc, ahead of the India-ASEAN summit has been focusing on Vietnam’s defence capabilities. India and Vietnam discussed maritime cooperation and vowed to further expand their defence ties. Hanoi has been urging India to increase its profile in the Southeast Asia region and both countries are looking to further build their defence partnership.

Thai exports up 8.6% y-o-y in Dec but below forecasts
(22 January 2018) Thai exports rose by 8.6 percent in December 2017 but this was at a slower pace than previous months and below expectations leading to the first trade deficit in five months. This growth level falls below the median forecast of a 10.65 percent rise from economists.The export gains were led by cars, computers and parts and rubber.

Vietnam accelerates sale of SOEs to raise revenue
(22 January 2018) The Vietnam government is pushing the sale of stakes in its state-owned enterprises (SOEs) to boost revenue and ease a strained budget. Deputy Prime Minister Vuong Dinh Hue said that the country plans to sell 6.5 times more shares than it offered last year. In 2017, the state raised 135.6 trillion dong (US$6 billion) from these sales. “We need more foreign investment but also want to lure good investors who can help our companies improve corporate governance,” Hue said.

Indonesian trade mission to India and Pakistan
(22 January 2018) Indonesian Trade Minister Enggartiasto Lukita led a trade mission to South Asia. The mission consisted of 61 business people, including members from Indonesia’s Chamber of Commerce and Industry (Kadin), who will explore the cooperation with their counterparts in India and Pakistan. Minister Enggartiasto said, he would raise the issue of the ASEAN-India Business and Investment Meet and Expo which relates to the completion of the long awaited Regional Comprehensive Economic Partnership.

Philippines will maintain trade privileges with EU
(22 January 2018) The Philippines is likely to keep its Generalized Scheme of Preferences Plus (GSP+) status with the European Union following a positive assessment which highlighted the Philippines’ progress in areas of labour rights and corruption. Philippines Trade Secretary Ramon Lopez said that the outcome of the second biennial GSP report released by the European Commission and the European External Action Service puts the country in a good position to continue enjoying its trade privileges under the GSP+.

Thailand estimates an 8 percent increase in tourism in 2018
(25 January 2018) The Tourism Authority of Thailand (TAT) has set a growth target of 8 percent in tourism revenue from the international market. In 2017, 35 million international visitors landed in Thailand with tourism earnings reaching approximately US$53 billion. Tanes Petsuwan, TAT Deputy Governor for Marketing Communications noted that Thailand’s international airports serve 135 scheduled and chartered airlines while foreign low-cost airlines are boosting their frequencies to Bangkok as well as other popular tourism destinations, such as Phuket and Chiang Mai.

MICE study shows Brunei increasingly attractive destination
(22 January 2018) A study conducted on the global MICE (meetings, incentives, conferences and events), business and luxury travel industry shows Brunei as an emerging major tourism and hospitality destination, one that could soon overtake several developed markets. According to the Brunei Ministry of Primary Resources and Tourism tourist arrivals to the country had increased by 10 percent towards the end of 2017, compared to 0.3 percent in 2016.