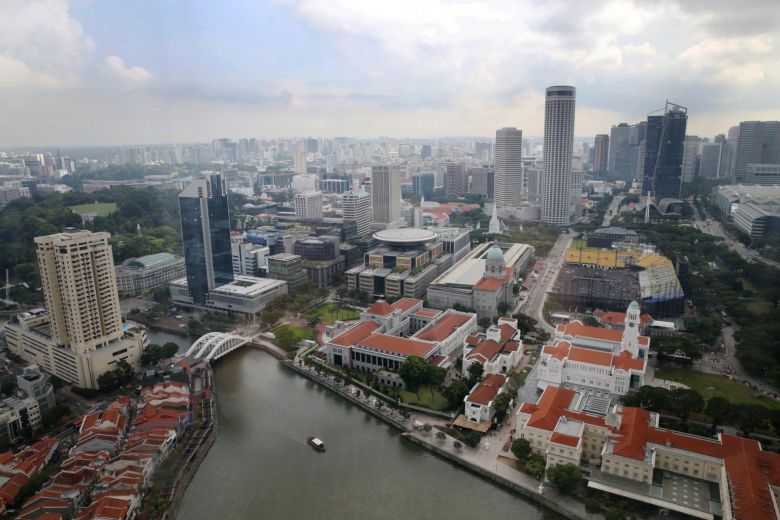 Four ASEAN countries ranked among world’s most competitive
(29 May 2019) Four ASEAN countries and 11 Asian countries were ranked on the IMD World Competitiveness 2019 rankings, with Singapore topping the list. The rankings, which studied 63 global economies, were calculated based on four primary criteria: economic performance, government efficiency, business efficiency and infrastructure. According to IMD, Singapore’s return to the top spot was due to its advanced technological infrastructure, availability of skilled labour, favourable immigration laws, and ease of setting up new businesses. Notably, Indonesia moved up 11 spots to 32nd thanks to increased government efficiency, better infrastructure and business conditions. Thailand improved its ranking; it rose five places to 25th, fuelled by a rise in foreign direct investment and productivity. The Philippines also improved its ranking, moving up four spots to 46th. Meanwhile, Malaysia maintained its second place ranking in Southeast Asia and 22nd globally, with the report noting recent improvements in the country’s public governance. Overall, IMD noted the rise of Asian economies in the past year, calling the region “a beacon for competitiveness”.

Three Southeast Asian countries added to US currency watch list
(29 May 2019) The US Treasury Department announced on May 28 that it has added Singapore, Malaysia, Vietnam and other key US trading partners to a watch list for currency manipulation. According to the Treasury, countries who meet two out of three criteria were added to the list; the three criteria are (i) a current account surplus with the US equivalent to 2% of gross domestic product, (ii) persistent intervention in markets for a nation’s currency, and (iii) a trade surplus of at least US$20 billion. Singapore was added to the list as it had a large current account surplus and net foreign currency purchases of at least US$17 billion in 2018, equivalent to 4.6% of GDP; Malaysia had a trade surplus with the US of US$27 billion in 2018 and a current account surplus of 2.1% of GDP; and Vietnam was listed for its large current account surplus and trade surplus with the US, but was at risk for meeting all three criteria. Bank Negara Malaysia responded to the Treasury’s announcement in a statement denying engaging in unfair currency practices and said that the list had no effect on the country’s economy as its currency exchange rate was determined by the market and not export competitiveness.

Malaysia-Thailand border may soon enjoy a one-stop inspection system
(25 May 2019) Malaysia and Thailand are currently discussing the possibility of creating a one-stop inspection system at their borders to facilitate trade between the countries, Malaysian finance minister Lim Guan Eng said. According to Lim, the system would allow goods entering and exiting either country to be inspected only once, subsequently expediting and increasing bilateral trade. The proposed system would be placed at the Bukit Kayu Hitam border checkpoint between Malaysia’s Kedah and Thailand’s Danok. However, Lim added that while initial discussions went well, Malaysia would have to wait for Thailand to form a new government after its recent national elections before discussions can resume. Nevertheless, both sides have proceeded with other initiatives in the meantime, such as Malaysia’s development of a US$6 million truck depot in Bukit Kayu Hitam as part of plans to develop a logistics hub in the area.

Malaysia to boost domestic palm oil-based biodiesel use, reduce fossil fuel dependency
(25 May 2019) Malaysia is committed to ensuring that palm oil remains a sustainable and eco-friendly commodity that can serve as a viable replacement for conventional fossil fuels in the global market, said international trade and industry minister Darell Leiking. To this end, he said, the government is working with local industry players to elevate palm oil’s position as a global renewable energy contender. According to Bernama, Malaysia is also reviewing its National Automotive Policy (NAP), and the updated policy is expected to allow for a higher percentage of biodiesel blends as part of its strategy to boost palm oil use in the domestic transportation market. Furthermore, Leiking’s ministry is also working with the Primary Industries Ministry to introduce B20 biodiesel by 2020 and ensure that vehicles are “B20/B30-ready”. Meanwhile, primary industries minister Teresa Kok said on May 27 that they are awaiting the announcement of Indonesia’s new line-up of ministers following the country’s recent elections before both sides can determine the next steps in their joint response to the European Union’s (EU) proposed biofuel restrictions. Separately, Polish ambassador to Malaysia Krzysztof Debnicki reaffirmed Poland’s position against the EU’s proposed directive banning the use of palm oil as a biofuel component, saying that the country believed the proposal was “non-systemic, selective, and do not resolve issues relevant from Poland’s point of view.”

Sarawak launches first integrated hydrogen production plant, refuelling station in Southeast Asia
(27 May 2019) Southeast Asia’s first integrated hydrogen production plant and refuelling station, as well as a fleet of hydrogen buses were launched in Malaysia’s largest state Sarawak recently. The plant and station were developed by Sarawak Energy in cooperation with a Linde Malaysia subsidiary, while the hydrogen fuel cell electric buses are owned and managed by the Sarawak Economic Development Corporation (SEDC). The launch comes as Sarawak Energy looks to hydrogen as a potential source of energy for local use and export. According to the company, the production plant can currently produce enough hydrogen to fuel up to five fuel cell buses and 10 fuel cell cars each day. The facilities, touted as Southeast Asia’s first, were launched by Sarawak chief minister Abang Johari Tun Openg on May 27 in Bintawa.

Thailand announces tax incentives in hopes of becoming ASEAN’s “bio-hub”
(28 May 2019) The Thai Board of Investment (BOI) announced recently that it will provide corporate income tax exemptions for manufacturers of medical robots and related automation equipment in the country. More specifically, the BOI will provide up to eight years in tax exemption for medical robotics firms producing automation equipment, as well as a five-year tax exemption for companies assembling robots, automation equipment and automation parts. The incentives come as the government looks to develop the country’s life sciences and biotechnology industries, particularly through the development of medical robotics and biotechnology. To this end, the government is also investing in the research and development of these areas, such as through state-owned oil and gas firm PTT’s recent US$32 million investment to establish the country’s first cancer drug production plant. Having said that, the Thai National Economic and Social Development Council (NESDC) is calling for the government to create even more special investment incentives to attract companies affected by the US-China trade war to relocate to Thailand. According to an AmCham China report published on May 22, over 40% of the 250 companies surveyed said that they were considering shifting their production base out of China or have already done so.

Thai food exports projected to grow by 5% in 2019
(29 May 2019) The Federation of Thai Industries (FTI) has downgraded the projection for the county’s food export growth rate from 8% to 5% amid the global economic slowdown caused by the US-China trade war, according to the federation’s food industry club chairman Visit Limlurcha. As such, the FTI estimates that Thai food exports will earn only US$33.9 billion in 2019, down from the US$35.18 billion projection from earlier this year. Limlurcha, who is also the Thai National Shippers’ Council (TNSC) vice chair, added that besides the trade spat, the strength of the Thai baht in the past two years has also lowered the competitiveness of its exports. Furthermore, he expects importing countries to impose more non-tariff barriers and other measures in order to address their trade deficits. Thailand’s food exports grew by 1.6% in 2018, reaching US$32.3 billion. Its top food exports were rice, chicken, sugar, processed tuna and shrimp. Its biggest export market was Japan, followed by China, Vietnam, Indonesia, Myanmar, Cambodia, Malaysia and the Philippines.

12 foreign bank applications approved since July 2014
(27 May 2019) The Philippines’ central bank Bangko Sentral ng Pilipinas (BSP) has approved 12 foreign bank applications ever since the government implemented several banking sector liberalisation measures back in July 2014. As of March of this year, there were 29 offshore lenders in the country, 24 of which operate as foreign bank branches while the other five were foreign bank subsidiaries. BSP deputy governor Chuchi G. Fonacier told BusinessWorld that the country’s “strong macroeconomic fundamentals” and steady banking ecosystem growth remained as attractive points to foreign banks. This could be seen, he said, in the S&P’s upgrading of the Philippines’ Banking Industry Country Risk Assessment (BICRA) score in February 2019 to group 5 from group 6 and S&P’s upgrading of the Philippines’ long-term sovereign credit rating to “BBB+” from “BBB” – one step away from an “A” rating.

Cambodian exports to the US surpass US$1 billion in Q1 for the first time
(29 May 2019) Cambodian exports to the US saw a 24% year-on-year increase reaching US$1.12 billion in the first quarter of 2019, up from US$903.6 million during the same period last year, according to trade data from the US government. The surge in exports was largely fueled by a rise in demand for Cambodian-made travel goods such as suitcases and handbags. According to US embassy spokesperson Arend C Zwartjes, Cambodia’s exports under the US’ Generalised System of Preferences (GSP) more than doubled to over US$720 million in 2018, led by travel goods. He added that Cambodia’s travel goods exports to the US were only around US$50 million in 2016 when travel goods was first added to the list of GSP-eligible products, but the category saw almost US$400 million in exports last year. The Cambodian Garment Manufacturers Association concurred with Zwartjes’ comments, saying that the value of items eligible under the GSP has increased over 10 times since 2016, and that there are currently around 80 factories manufacturing travel goods.

Malaysia sees US$200 million in investments from Latin America
(27 May 2019) Malaysian international trade and industry minister Darell Leiking’s recent investment mission to Latin American countries — Chile, Argentina and Brazil — resulted in approximately US$200 million in investment inflows from the region, with a further US$6.9 million in potential deals on the cards. According to the ministry, the delegation’s key selling points were Malaysia’s position as a regional hub and springboard into the ASEAN market, as well as the potential benefits of the Regional Comprehensive Economic Partnership (RCEP). Other notable outcomes from the trip included the launch of the Brazil-Malaysia Business Council, inking of a memorandum of understanding on business-to-business cooperation in the ICT sector, and agreements to explore the possibility of a free trade agreement between Malaysia and the South American trade bloc MERCOSUR.