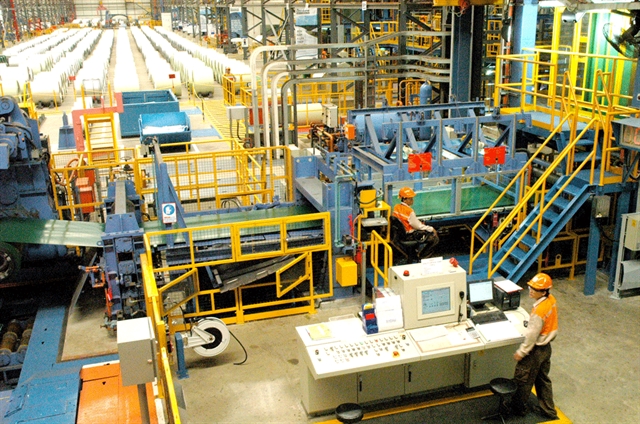 Challenging year expected for Vietnam’s steel industry
(15 January 2020) The steel industry in Vietnam is expected to face difficulties in 2020 due to an increase in production capacity, lower demand and protectionist measures by countries reducing imports. In 2019, exports to the US and the EU markets, the second and third largest markets for Vietnamese steel, fell by a combined 44% in terms of volume. While opportunities in 2020 such as the EU-Vietnam Free Trade Agreement is expected to boost steel production and exports, a slowdown in the Chinese economy may negatively impact steel demand, indirectly affecting steel prices in Việtnam. According to the Vietnam Steel Association, China’s steel demand is forecasted to rise by only 1% in 2020, much lower than the estimated 2019 growth rate of 7.8%.
Read more>>

Thailand, Myanmar to collaborate on cross border transfers
(9 January 2020) Thailand’s Siam Commercial Bank (SCB) and Myanmar’s Ayeyarwady Bank (AYA Bank) signed a memorandum of understanding (MoU) to work together on the development of cross border payments and fund transfer services between the two countries. The move cements an October 2019 agreement between the two countries’ central banks to promote the official use of the Thai baht and Myanmar kyat for cross-border trading. Trading at the Thai-Myanmar border is already conducted in baht and kyat but for payments that are processed through banks, the transactions are conducted in US dollars which results in leakages through foreign exchange losses.
Read more>>

Cambodia seeks further inroads into Thailand’s retail market
(14 January 2020) Cambodia is looking into ways to increase the display of its products in supermarkets across Thailand. Ouk Sorphorn, the Cambodian Ambassador to Thailand has asked Thailand’s Siam Piwat Company Limited to distribute Cambodian goods in its retail outlets. According to him, Cambodia currently has a trade deficit with Thailand and stocking its products in Thai supermarkets can help reduce the deficit. The products to be displayed include the Kampot Pepper and Kampong Speu Sugar. A report by the Thai Embassy in Phnom Penh revealed that the trade volume between the two countries reached US$4.2 billion in the first half of 2019, marking a 7% increase over the same period in 2018.
Read more>>

MoU signed for the development of sustainable clam supply chain in the Mekong Delta
(10 January 2020) Vietnam’s Ben Tre, Tien Giang and Tra Vinh provinces signed an agreement with the Netherland’s Lenger Seafoods Vietnam to establish closed clam supply chains encompassing all stages from breeding and harvesting to transporting and processing. The memorandum of understanding (MoU) was signed under the EU-funded “Inclusive and sustainable clam and bamboo value chains development in Vietnam” project carried out by Oxfam, ICAFIS and the Vietnam Chamber of Commerce and Industry in 2018-2022. The project aims to achieve sustainable clam production in the country and prevent overexploitation.
Read more>>