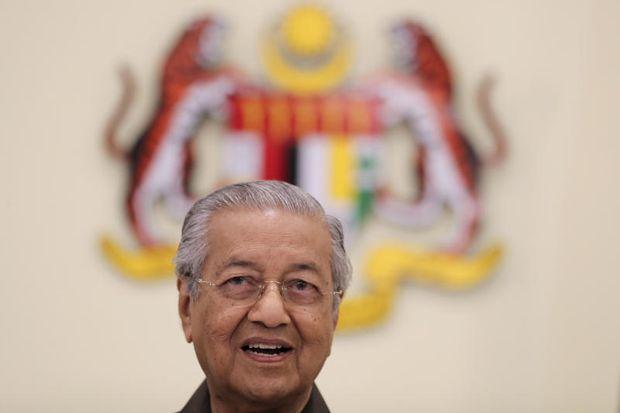 Malaysia and China revive rail link project on a revised US$10.7 billion budget
(15 April 2019) Malaysian Prime Minister Mahathir Mohamad announced on April 15 that the government has come to an agreement with state-owned China Communications Construction Company Ltd. (CCCC) to reduce the cost of the East Coast Rail Link (ECRL) rail project by a third to US$10.7 billion, thereby reviving the project which was previously stalled due to concerns over project costs. Based on the revised rate, the rail will now cost US$16.7 million per kilometre, down from the initial US$23.2 million per kilometre. The 20-station double-track rail will also be shortened by 40 kilometres to 648 kilometres, pass through five states instead of four, and be completed by the end of 2026. According to Mahathir, Malaysia Rail Link and CCCC will move forward as equal partners in a 50:50 joint venture — in order to share technical support and operational risks, and the latter will help to bring in Chinese investment along the ECRL corridor. Furthermore, the CCCC has also agreed to refund US$243 million of the US$753.4 million advance payment in the next two months, and the Malaysian government will not need to pay the US$5.3 billion cancellation fee.
Read more>>

Indonesian presidential candidates debate pro-China policies ahead of elections
(14 April 2019) Indonesia’s pro-China trade and investment policies were a focal point in the country’s presidential debate as President Joko Widodo’s primary contender Prabowo Subianto called for a review of all BRI initiatives. Prabowo, who is trailing behind incumbent Joko in pre-election polls by double digits, has been a strong proponent of “smart nationalism” that puts “Indonesia first”. According to analysts, criticising pro-China policies has served opposition politicians in other countries well, though the credibility of their claims remains wanting. For instance, Murdoch University’s East Asian political economy specialist Trissia Wijaya pointed out that Chinese investment in Indonesia were largely in industries such as mining, and that they had little stake in strategic or sensitive assets. She added that most investments so far were formed through private sector partnerships and injected much-needed capital for industrial development. Not to be left behind, President Joko Widodo has also been burnishing his own nationalist credentials on the campaign trail, such as the government’s takeover of the Grasberg gold and copper mine from US operator Freeport-McMoRan last year — in addition to claims of a solid economic record, low inflation levels and a steady annual growth rate. Indonesia goes to the polls on April 17.
Read more>>

A third of the Philippines’ US$2.8 billion February trade gap was with China
(12 April 2019) China accounted for 34.17% or US$952.66 million of the Philippines’ US$2.79 billion trade deficit in February, based on the latest figures published by the Philippine Statistics Authority (PSA). Next to China, the Philippines recorded large trade deficits with South Korea (US$455.88 million), Indonesia (US$406.57 million), and Thailand (US$354.34 million). The Philippines’ total external trade in goods in February amounted to US$13.14 billion, reflecting an increase of 1.2% from the US$12.99 billion during the same month last year. Of the total external trade, US$5.18 billion (39.4%) were exported goods, while US$7.97 billion (60.6%) were imported goods. In response to comments that the figures indicate that the country remains heavily dependent on trade with China, the Philippines’ National Economic and Development Authority (NEDA) said that it has been working on strengthening bilateral economic relations with countries such as the UK, Hungary, Indonesia and the Czech Republic. Nevertheless, in speaking at the China-Philippines Summit on March 29, trade secretary Ramon M. Lopez said that the Philippines’ will continue pursuing more trade and investment activity with China through initiatives that include having a much bigger presence at the second China International Import Expo (CIIE) in November.
Read more>>

China-Singapore Suzhou Industrial Park a model for further bilateral projects
(13 April 2019) The China-Singapore Suzhou Industrial Park (SIP) is an appropriate example of bilateral cooperation between the two countries in the past 25 years, said Singaporean Deputy Prime Minister Teo Chee Hean in his speech at the project’s 25th anniversary ceremony during his official visit to China. He also noted that based on the SIP model, the two countries launched subsequent projects such as the Sino-Singapore Tianjin Eco-City launched in 2018 and the China-Singapore (Chongqing) Demonstration Initiative on Strategic Connectivity in 2015. According to Singapore’s Ministry of Trade and Industry, the SIP has topped the Chinese Commerce Ministry’s list of 200 Economic and Technological Development Zones for three consecutive years since 2015. Furthermore, trade between Singapore and SIP alone saw a year-on-year 20.2% growth in 2018 reaching US$2.02 billion.
Read more>>