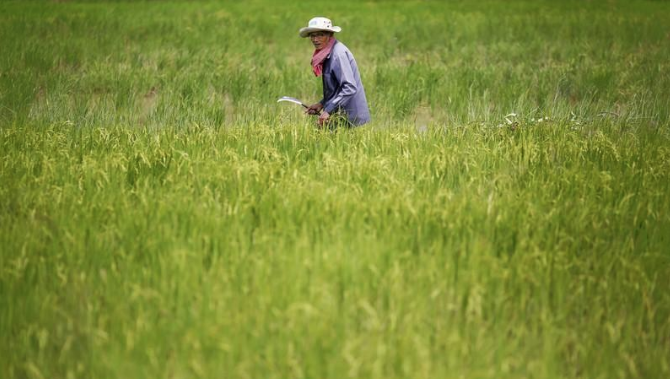 Malaysia’s e-commerce platform to facilitate China-ASEAN commodities trading
(2 May 2019) Malaysia is well-placed to be the entry point for Chinese commodities entering the ASEAN region due to its strategic location and long-standing bilateral ties with China, said Malaysian Prime Minister Mahathir Mohamad. Mahathir’s remarks were made during the launch of Malaysia’s first commodities e-commerce trading platform BOCE Malaysia/ASEAN. The platform was launched by a Malaysian commodities trading company CGTSB, which owns the exclusive rights under the Bohai Commodity Exchange (BOCE) of China. According to CGTSB head Khairuddin Abu Hassan, the platform aims to be a one-stop centre for traders in China and ASEAN looking to venture into the other’s market.
Read more>>

Landmark China-Brunei joint venture begins trial operation phase
(4 May 2019) The Pulau Muara Besar (PMB) oil refinery and petrochemical plant officially commenced trial operations and production on May 3 after successfully unloading its first crude oil shipment the evening before, according to Hengyi Industries. The PMB joint venture between Zhejiang Hengyi Group and Damai Holdings is also the largest joint venture between China and Brunei to date. According to Hengyi Industries head Chen Liancai, the company has invested around US$3.45 billion in the project so far and it expects the plant to go into full operation in the third quarter of 2019. Meanwhile, Brunei’s energy, manpower and industry minister Haji Mat Suny said that the project will create over 1,600 jobs and increase the country’s GDP by US$1.33 billion in its first year. Hengyi’s investment into PMB is the largest Chinese FDI into Brunei thus far.
Read more>>

Indonesian-Chinese high-speed rail link expects US$18 billion from satellite towns
(2 May 2019) The high-speed rail link connecting the Indonesian capital Jakarta and textiles hub Bandung is projected to generate US$18 billion in revenue from the development of satellite towns and industrial centres along the line, according to state-owned construction firm Wijaya Kayra (WIKA), one of three companies forming the development consortium. This would include, for example, the transformation of an old tea plantation into a 5,000-hectare city with high-rise buildings and a new university campus. The other two companies involved are Indonesian state rail company KAI and the China Railway Engineering Corporation, with US$4.5 billion in financing from the Chinese Development Bank. According to WIKA CEO Tumiyana, the project is 15% completed and another 60% will be completed by the end of the year.
Read more>>