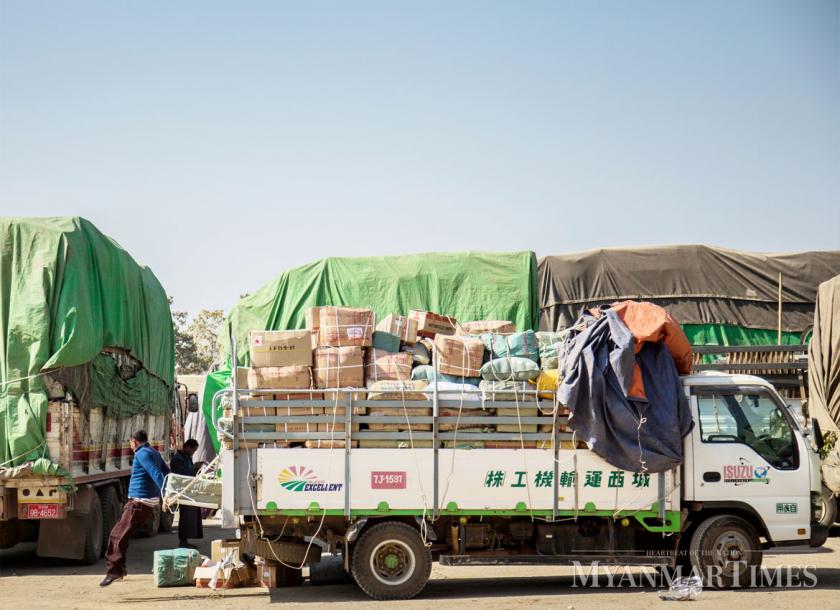 Three locations identified in Myanmar for China-Myanmar Economic Corridor
(7 June 2019) Myanmar and Chinese officials have named Muse and Chin Shwe Haw in Shan state and Kan Pite Tee in Kachin State as the three “core zones” under the China-Myanmar Economic Corridor. According to Myanmar’s commerce ministry deputy secretary U Khin Maung Lwin, the Chinese side has already started work on their side of the border, while the Myanmar side will open applications for Expressions of Interest (EOI) soon. However, he noted that only Myanmar-owned companies will be allowed to participate in the bidding, with foreign investors allowed to hold up to a 35% stake in these companies. The deputy secretary also stressed the need for “flexibility” in their plans since these are border zones that involve both countries. As such, of the three zones, only details for the Muse core zone have been fleshed out — the zone will include an export product manufacturing, processing and warehouse area, as well as an import processing and warehouse area. All three core zones will also have duty-free concessions, hotels, factories and banks.
Read more>>

Chinese firms to pump US$5 billion into Sarawak O&G complex
(10 June 2019) Malaysia’s Sarawak state government inked a memorandum of understanding (MoU) with Chinese firms Beijing BECA Sci-Tech Co Ltd and Sinopec Engineering Incorporation on June 10 for the development of an integrated oil and gas complex in the state’s northern Lawas district. Construction on the first phase of the project is expected to begin this year and end in 2022. According to Sarawak chief minister Abang Johari Openg, the chemical plant will produce basic ingredients for plastic industries such as polystyrene and polypropylene. The produce will then be exported to China, the Middle East and other Asian countries. The chief minister added that Lawas was selected as it had the necessary land, utility infrastructure and was not at risk of natural disasters such as volcanoes and earthquakes.
Read more>>

Chinese authorities greenlight imports of Malaysian durians in whole fruit form
(6 June 2019) Chinese residents will soon be able to purchase whole Malaysian Musang King durians through Alibaba’s online channels and brick-and-mortar stores following the Chinese customs’ recent decision to allow whole, frozen Malaysian durians to be brought into the country. Previously, only the pulp, paste and processed products of Malaysian Musang King durians could be imported due to quarantine restrictions. The announcement was made during Alibaba’s 618 Mid-year Shopping Festival which seeks to connect businesses with China’s less-developed regions through its Taobao and Tmall platforms. According to Malaysian agriculture and agro-based industry deputy minister Sim Tze Tzin, Malaysia produced over 350 million kilograms of durian last year, but exported only 5% of its produce.
Read more>>

Chinese visitors to Cambodia surge 37% in the first four months of 2019
(6 June 2019) Cambodia recorded a 37% year-on-year growth in Chinese tourists in the first four months of the year totalling 887,039, according to the latest figures from the Cambodian tourism ministry. China remained the largest source of foreign visitors to the country, accounting for 36.7% of the total 2.41 million visitors during the period. According to Cambodian tourism minister Thong Khon, the country hopes to attract 2.6 million Chinese tourists this year, three million next year, five million in 2025 and eight million in 2030. Across the border, Laos’ tourism minister Bosengkham Vongdara reported a 16% increase in Chinese tourists totalling 259,000 during the first quarter of this year when compared with figures from the same period in 2018. According to the minister, the ongoing Visit Laos-China Year 2019 campaign is expected to attract over one million Chinese tourists to Laos.
Read more>>

Vietnam to crack down on Chinese goods relabelled to beat US tariffs
(10 June 2019) Vietnamese customs published a statement on June 9 vowing to take action against the influx of China-made goods that have been relabelled as Vietnamese-made goods as exporters try to circumvent US tariffs on Chinese imports. According to the department, some importers have been repackaging Chinese goods with “Made in Vietnam” labels before applying for Vietnamese certificates of origin in order to export to the US, Europe and Japan. The statement further provides that these violations largely occurred in sectors that involve textile, seafood, agricultural products, minerals and timber products. As such, the department is currently enhancing its processes to identify and penalise businesses who conduct faking of origin and illegal transshipment activities.
Read more>>