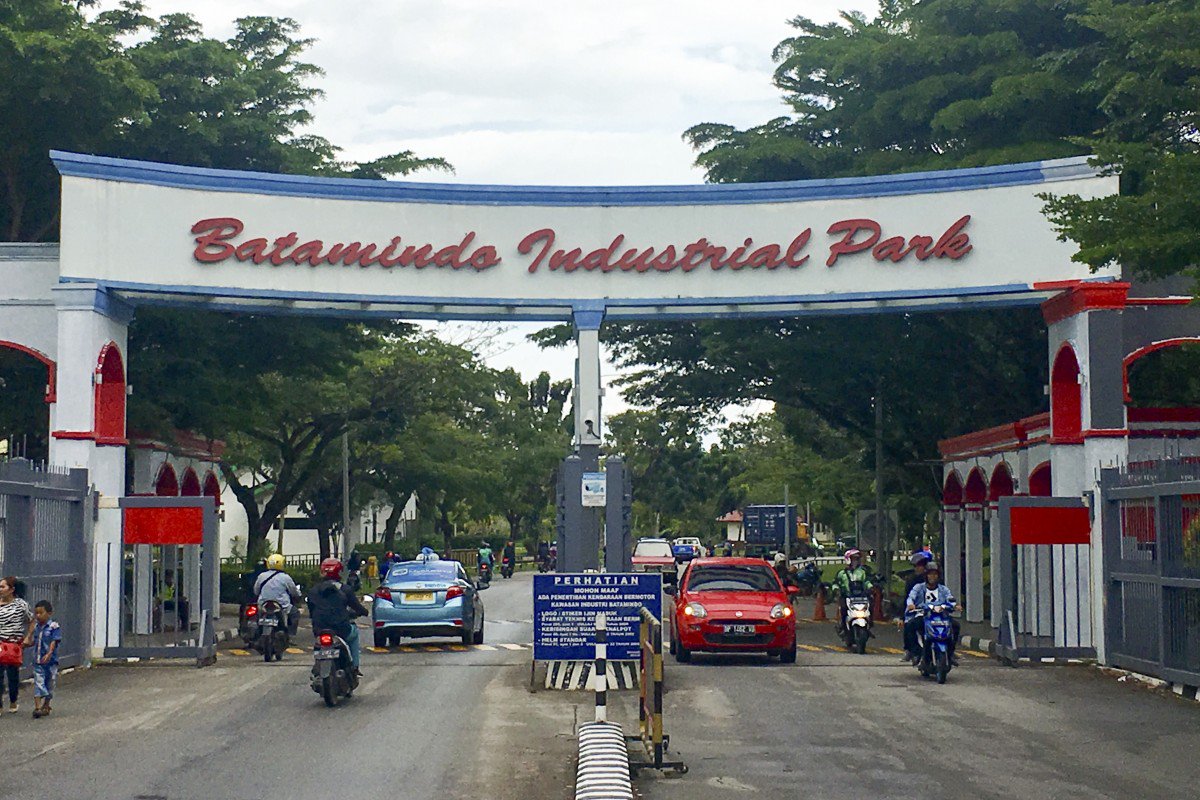 Indonesia’s Batam to benefit from Apple supplier relocation
(27 June 2019) Apple product manufacturer Pegatron will establish a US$40 million factory in Indonesia’s Batamindo Industrial Park as the company looks to insulate itself from the impact of the US-China trade war. Pegatron’s Batam factory — its first in Indonesia — will manufacture wireless chips and semiconductors. Additionally, Indonesian electronics manufacturer PT Sat Nusapersada Tbk announced that Pegatron will be expanding its production floor space in the Indonesian company’s new manufacturing facility that will be completed by the end of 2019, as part of a partnership between both companies. According to PT Sat Nusapersada Tbk head Abidin Fan, the company has seen a rise in orders of up to 30% in the past year — a trend that the Indonesian government hopes to see more of as it hopes to position the country as an alternative manufacturing and shipping hub in view of the ongoing trade war.
Read more>>

Chinese exporters shift production to low-cost nations in Southeast Asia
(27 June 2019) Even in the absence of the US-China trade war, a number of Chinese manufacturers had already begun diversifying their manufacturing base to Southeast Asian countries such as Vietnam, Myanmar and Cambodia due to growing operating costs on the Chinese mainland, according to a Reuters report. The report suggests that this trend will only continue as the trade war pushes more manufacturers to follow suit, especially for companies producing low-tech and low-value goods. The impact of this surge in Chinese capital can be seen in Myanmar’s burgeoning industrial sector. According to the Nikkei Manufacturing Purchasing Managers’ Index, Myanmar manufacturers reached a 13-month high in May and recorded its fastest rise in workforce numbers since 2015. Nevertheless, one factory manager said that manufacturing in countries such as Myanmar comes with its fair share of problems, such as lower labour productivity when compared with those in China, flooded roads during the rainy season and frequent power cuts.
Read more>>

US urges Cambodia to probe allegations of tariff evasion by Chinese companies
(28 June 2019) The US again urged the Cambodian government on June 28 to “look closely at governance and compliance issues” in the Sihanoukville Special Economic Zone (SEZ) despite Cambodian authorities denying allegations of any such activity in its SEZ. The US’ comments follow its recent accusations that there were Chinese companies using Sihanoukville SEZ to evade duties on goods to be exported to the US. The Cambodian Ministry of Commerce responded to the US’ initial complaints by launching an internal investigation which resulted in it publishing a statement on June 23 saying that it had found no evidence of such activity and that the operating procedures in such zones were clear. In response, a US embassy spokesperson in a statement to Reuters said that the US “will aggressively pursue allegations of duty evasion and utilize all available legal tools, to deter violators of U.S. customs and trade laws.”
Read more>>

Brunei eyes food, agricultural product export opportunities in China
(26 June 2019) Brunei hopes to export more food and agricultural products to China in the near future, particularly through the creation of a bilateral trade facilitation agreement, said Bruneian finance and economy deputy minister Abdul Manaf. Abdul Manaf’s remarks were made during a working visit by the General Administration of Customs of China (GACC) on June 25. Abdul Manaf also expressed his hope for the establishment of more formal mechanisms to increase exports of Bruneian goods to China, especially at a time when Brunei is working to diversify its economy from oil and gas to other sectors such as food, tourism, services, downstream oil and gas, and ICT. According to figures from the Chinese government, trade between China and Brunei grew 86% in 2018 over 2017, reaching US$1.84 billion.
Read more>>

Over US$26 billion worth of projects signed under China-Singapore intergovernmental programme
(1 July 2019) Over US$26.3 billion has been invested in 169 projects under the China-Singapore (Chongqing) Demonstration Initiative on Strategic Connectivity, according to the programme’s administration bureau head Han Baochang. Of the sum, 104 of them are cross-border financing projects with a combined value of over US$10 billion. As of April 2019, these projects are located in six Chinese provinces including Yunnan, Sichuan and Qinghai. According to Han, the programme was first created to enable bilateral cooperation in the financial, aviation, logistics, and information technology sectors, but cooperation under the programme has since expanded to other sectors such as education, healthcare and tourism.
Read more>>