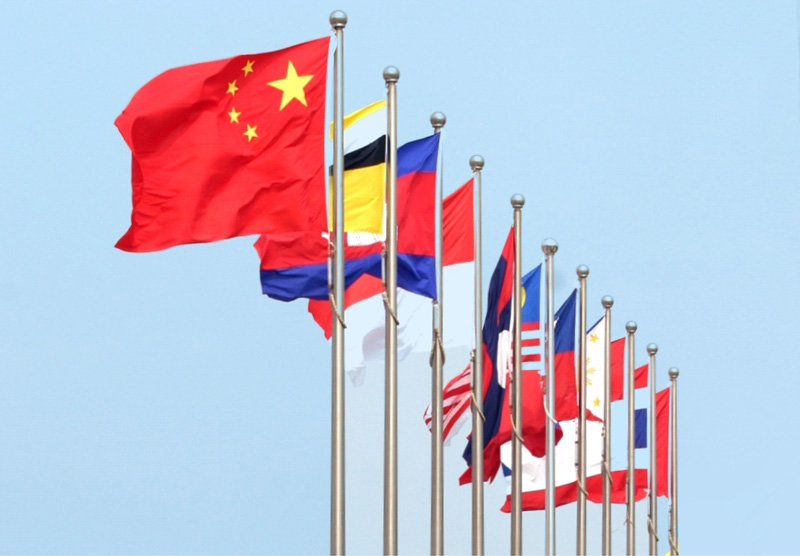 ASEAN-China economic and trade ties continue to strengthen
(10 July 2017) Economic and trade ties between China and ASEAN continue to strengthen through political trust. At the annual China ASEAN Expo, Chinese Deputy Minister of Commerce Qian Keming said that China-ASEAN trade had reached US$452.2 billion in 2016 and that trade between the two sides increased by 16.2% year on year in the first five months of 2017. China remains ASEAN’s largest trading partner while ASEAN is China’s third largest trade partner. Qian added these successes are due to to political trust, a peaceful cooperation mechanism and the vital role played by the China-ASEAN Expo which will be held on 12 to 15 September 2017 in Nanning, China.
Read more>>

American-Chinese automotive company opens first factory in Jakarta
(11 July 2017) SGMW Motor Indonesia, a local joint venture between America’s General Motors (GM), China’s SAIC Motor and Wuling motors, opened its first factory in Cikarang, Indonesia. SGMW Motor Indonesia President Xu Feiyan said building the 60-hectare factory shows a strong, long-term commitment to enter the Indonesian market and is ready to contribute to the growth of the Indonesian economy through the employment of 3000 local workers. SGMW plans to control 10% of the Indonesian car market by 2022. The company invested US$700 million to build the factory with SAIC controlling 50% of the stake and GM having 44% and Wuling 6%.
Read more>>

China considers investing in Thailand’s Eastern Economic Corridor
(12 July 2017) China is keen to invest in a link between Thailand’s Eastern Economic Corridor (EEC) and Kunming’s special economic zone (SEZ) as the mainland looks to build a consolidated supply chain. The EEC aims to help Thailand’s economic growth through investments in deep-sea ports, airports and high speed trains linking the EEC to other provinces and the rest of the world. Meanwhile, the SEZ is China’s largest and newest investment which is a 150-square-kilometre high-tech park that will push the development of targeted EEC industries. EEC Office Secretary-General Kanit Sangsubhan said the Chinese representative will meet with the senior Industry Ministry official to discuss further details next month.
Read more>>

Lee Hsien Loong and Xi Jinping discuss ways to expand relationship and economic cooperation
(7 July 2017) During his visit to Germany ahead of the G-20 Summit, Singaporean Prime Minister Lee Hsien Loong discussed with Chinese President Xi Jinping the implementation of Belt and Road Initiative (BRI) and the Chongqing Connectivity Initiative. This was their first meeting since the previous summit in Hangzhou last September. They agreed to encourage closer economic integration by upgrading the China-Singapore Free Trade Agreement and expanding cooperation in new areas such as Industry 4.0 and urban mobility.
Read more>>

Philippines and China to resolve South China Sea dispute
(11 July 2017) Relations between the Philippines and China are improving a year after the ruling in the dispute on the South China Sea. On 12 July 2016, the Permanent Court of Arbitration ruled that Beijing contravened its commitment in the Law of the Sea after building artificial islands in the Philippines’ exclusive economic zone. China disagreed with the ruling and insisted they have inarguable sovereignty over the area. Ernesto Abella, spokesperson for Philippines’ President Rodrigo Duterte, said Manila and Beijing will continue to cooperate and strengthen their trust and cooperation over the disputed area.
Read more>>