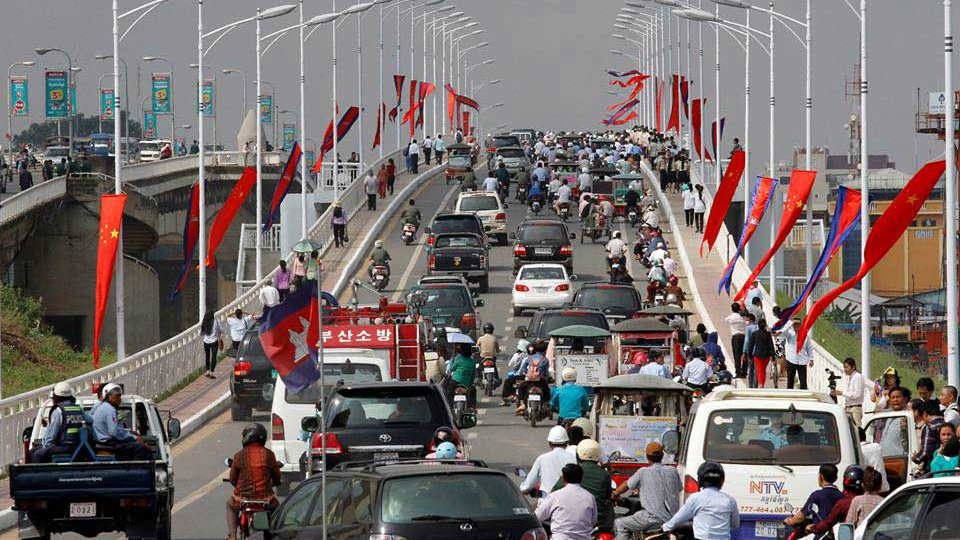 China funds 70% of Cambodia’s transport infrastructure
(24 July 2017) Cambodian Transport Minister Sun Chanthol said that 70% of roads and bridges in the country have been funded by China at a cost of approximately US$2 billion. He said that more than 2000 kilometres of road across the nation and seven major bridges were funded by the Chinese. Analysts expressed concern at this figure as this level of financial support from China indicates Cambodia’s dependency on and loyalty towards them.
Read more>>

Philippines is cautious with Chinese projects
(21 July 2017) The Philippines’ Socioeconomic Planning Secretary Ernesto Pernia said that the government is careful when dealing with China in terms of project financing. He was trying to allay concerns that the Duterte’s administration, in a bid to secure financing for its ambitious US$161.77 billion infrastructure projects, would allow the entry of Chinese firms with questionable records. He added that the Chinese companies involved with projects in the Philippines will be vetted by the Chinese government.
Read more>>

Myanmar companies sign MoU with China to boost Myanmar’s agriculture industry
(24 July 2017) The Myanmar Rice Association and Myanmar Agronomics Public Cooperation signed a memorandum of understanding (MoU) with China’s CITC Construction to have an agronomics service center which aims to improve Myanmar’s quality of rice and boost the country’s revenues from the rice industry. Myanmar’s Ministry of Commerce also approved foreign-run companies to trade agricultural supplies such as fertilisers and seeds. Thus far, in 2017, 700,000 tons of rice have been exported to China while 750,000 tons of rice were exported to China in FY 2016-2017.
Read more>>

China threatens maritime war if Vietnam continues drilling
(23 July 2017) China threatened Vietnam for exploring energy in the disputed South China Sea. Talisman Vietnam, a subsidiary of Spanish energy firm Repsol, was drilling for gas in an area approximately 400 kilometres off Vietnam’s coast earlier this month when Hanoi instructed the company to evacuate the location after receiving threats from Beijing. Beijing warned Hanoi it would attack the Vietnamese bases if the drilling persisted.
Read more>>

China wants stability in South China Sea and continues to seek alliances
(24 July 2017) China wants to retain stability in the South China Sea and seeks alliances with countries in the region including Thailand. During an official visit to Bangkok, Chinese Foreign Minister Wang Yi announced that China wants to abide by the terms agreed upon in the Declaration of Conduct and Code of Conduct to maintain stability in the restricted region. Thai Foreign Minister Don Pramudwinai praised the relationship between the two countries as they seek cooperation in infrastructure through the Belt and Road Initiative and in military matters.
Read more>>