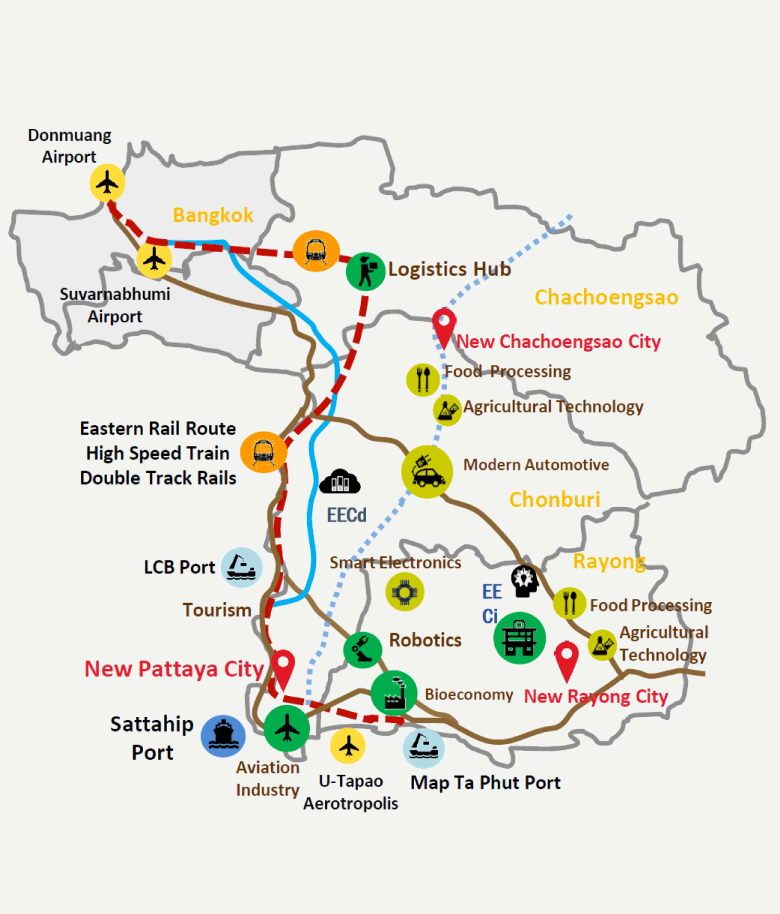 Thailand to integrate the EEC with China’s one belt one road initiative
(26 February 2018) In 2017, Thailand aimed to connect its Eastern Economic Corridor with China’s Belt and Road Initiative to create trade linkages between Asia, Africa, the Middle East and Europe. This year, the Thailand administration has come up with a US$44 billion plan to add infrastructure and upgrade industry on its eastern seaboard, which will link up with China’s Belt and Road Initiative. The plan is expected to change Thailand’s Eastern provinces into a trade and industry hub creating as many as 100,000 jobs a year by 2020. To kickstart the EEC, Thailand Prime Minister Gen Prague Chan-o-cha approved a US$6.4 billion (THB220 billion) high speed train project on February 26 to link three airports in the Eastern Economic Corridor.
Read more>>

More agricultural firms from China to penetrate Asean in the future
(26 February 2018) The burgeoning relationship between China and Asean will only encourage Chinese agricultural firms to penetrate into the region’s agricultural sector. Malaysia-China Chamber of Commerce (MCCC) president Tan Yew Sing said Asean nations should embrace these Chinese firms because of their excellent agricultural technology and believes that more Chinese technology “genes” would be injected into Asean products in the future. He also added that the close bilateral relations between Malaysia and China should be tapped by the Government and the business community, in order to improve the various traditional industries with technological advancement as a goal.
Read more>>

China-Backed Singapore bourse gets nod as third futures exchange
(26 February 2018) Chinese backed Asia Pacific Exchange (Apex) Pte has been given licenses from the Monetary Authority of Singapore to operate a derivatives exchange and clearinghouse. The exchange will kick off by offering U.S. dollar-denominated palm olein future in May. Apex will be the third derivatives exchange in Singapore after Singapore Exchange and Intercontinental Exchange. Its major shareholders include Chinese conglomerate CEFC China Energy, Chinese futures commission merchant Xinhu Group and other international investment funds. This comes after the announcement by Europe’s largest exchanges operator Deutsche Börse in January that it will not pursue the setting-up of separate regulated entities in Singapore even though Its derivatives business, Eurex, had secured a clearing house licence to operate in Singapore in 2015.
Read more>>