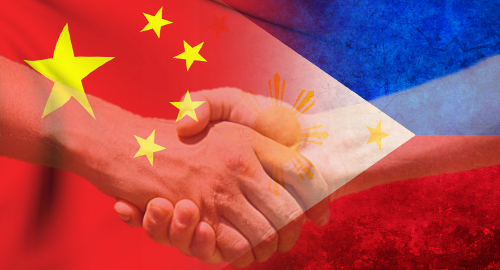 Chinese nationals can purchase units in Forest City but Malaysia will give no residential visas
(4 September 2018) Malaysia will allow people from China to buy properties at Forest City in Johor, but they would not be given residential visas to stay there. Malaysian Prime Minister Tun Dr Mahathir Mohamad earlier mentioned that Malaysia would ban foreigners from buying residential units in Forest City project, but on 4 September 2018 confirmed that Chinese nationals could purchase units there. The Prime Minister’s Office clarified that the country imposes certain “conditions and information” for foreign nationals buying properties, irrespective of their nationality. Forest City is a China-backed project developed by Guangdong-based Country Garden Holdings Co to create a new city that was envisaged to be home to 700,000 people in the southern state of Johor.
Read more>>

Indonesia to work with Alibaba to establish Jack Ma Institute
(2 September 2018) Indonesia will partner with Alibaba’s CEO Jack Ma to create Jack Ma Institute in Indonesia to develop the capacity of human resources in the country. Indonesia is finding ways to expand its human resources in the e-commerce sector. According to Indonesian Communication and Information Minister, besides securing supply of talents in the country through the establishment of Jack Ma Institute, Indonesia is aspiring to be the supplier of talent to other nations as well. Indonesia has sent delegates to the Alibaba Group to discuss on an educational system, which includes regulations and start-ups. On top of that, Indonesian President Joko Widodo will work together with Alibaba to find ways to increase its exports to China by leveraging Alibaba’s vast networking and resources.
Read more>>

Myanmar to proceed with border economic zone projects with China
(28 August 2018) Myanmar and China have extended their economic co-operation by agreeing to develop border economic cooperation zones that would span the border trade areas between the two countries. The economic corridor would enhance investment and trade under the Myanmar-China Economic Corridor as part of the One Belt One Road Initiative (OBOR). Myanmar’s Union Minister for Commerce stated that apart from spurring local and foreign investments, the border economic zone would create business opportunities and employment opportunities in the region. Muse Trade Zone, situated at the northern Shan state linking to China’s Ruili of Yunnan province, is the biggest border trade zone in Myanmar and it also a key zone for Myanmar and China’s trade cooperation. According to the Union Minister for Commerce, regions such as Kampaikti in the Kachin State, as well as Muse and Chinshwehaw in the Shan state would be designated as the China-Myanmar border economic cooperation zones.
Read more>>