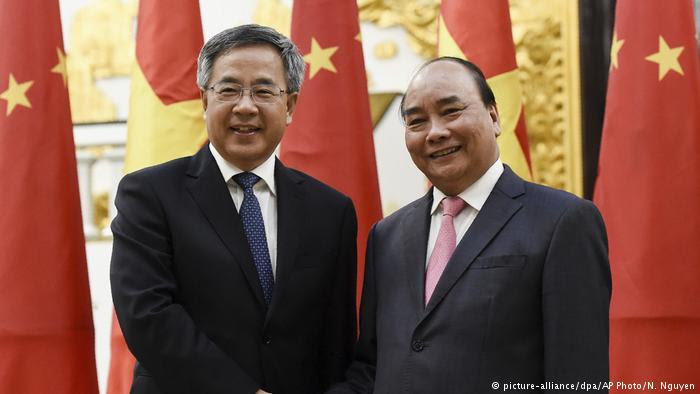 Chinese Vice Premier pushes ASEAN nations to reject trade protectionism
(13 September 2018) Chinese Vice Premier Hu Chunhua has urged ASEAN countries to push for [multilateralism] and reject protectionist and unilateral trade moves. Without mentioning which countries are pursuing protectionist measures, he said these nations are threatening rules-based multilateral trade and pose a severe hazard to the world economy during the World Economic Forum in Hanoi, Vietnam. The American administration led by President Donald Trump pressed tariffs on steel and aluminium on its key trading partners and also duties on US$50 billion in import from China, and it further escalated when the U.S and China imposed an additional $16 billion of tariffs on each other’s goods.
Read more>>

American companies in China are looking to move to Southeast Asia due to the trade war
(19 September 2018) According to a survey conducted by AmCham China and AmCham Shanghai, about one-third of more than 430 U.S. Companies in China are looking to move its factories due to the escalating trade conflict between China and the U.S. and Southeast Asia was the most preferred destination. The survey states that 18.5 per cent of American companies have or are considering to move its business to ASEAN nations. ASEAN countries are highly sought after for new factories due to its low production costs and ease of doing business. Bloomberg reported that growth of its five biggest countries is increasing at about 5.3 per cent on average.
Read more>>

China-ASEAN e-commerce volume projected to increase by 50 per cent in 2018
(14 September 2018) China and ASEAN will see a rise in cross-border e-commerce trade volume by 50 per cent in 2018 due to trade facilitation. Director of the international trade research department under the aegis of the Academy of China Council for the Promotion of International Trade (CCPIT), Zhao Ping said the potential is vast as ASEAN nations have high demands toward high-value-added industrial products from China. According to a report by CCPIT Academy, investment in cross-border e-commerce trade between China, and ASEAN has been on the rise and one example is Alibaba Group Holding Ltd acquisition of Lazada Group, which is one the biggest e-commerce platforms in the Southeast Asian region. However, the report also states that there is room for improvement for China and ASEAN e-commerce trade. In a study done by the academy, most of the firms surveyed believe that development of e-commerce between both markets remains average and only 24.39 per cent of businesses said development was relatively satisfactory while 14.63 per cent said it was poor. Infrastructure construction needs to be improved in e-commerce trade as 22.22 per cent of companies reported that warehouse costs were high, while 38.89 per cent said logistics efficiency was low.
Read more>>