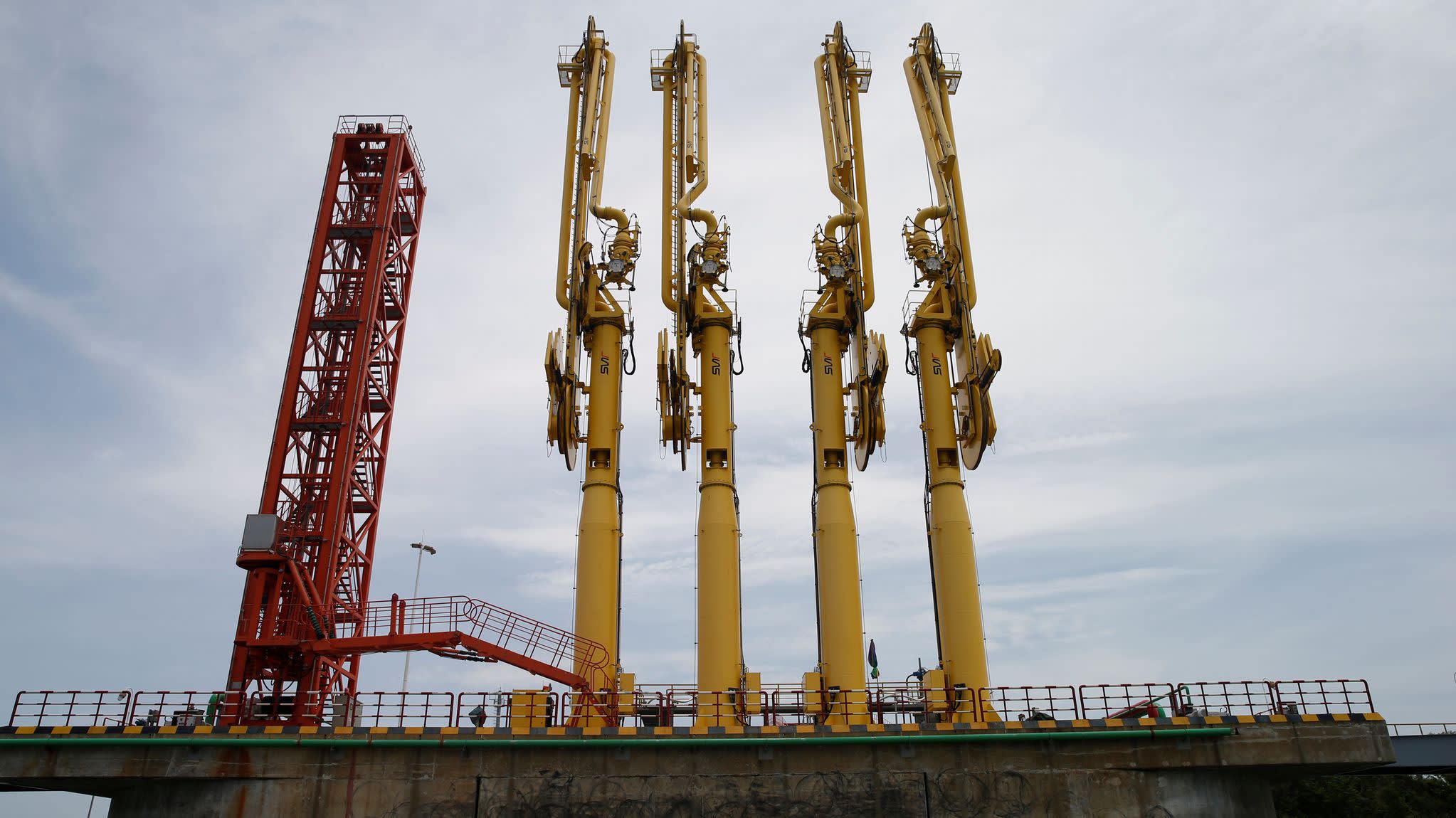 Myanmar slashes China-backed port project by 80%
(28 September 2018) The Myanmar government renegotiated a Chinese-led port project in Rakhine by reducing its initial price from US$7.2 billion to US$1.3 billion due to worries over excessive debt. Economic advisor to State Counsellor Aung San Suu Kyi, Sean Turnell said Myanmar was successful in discussing the new terms for the Kyaukpyu deep-sea port. According to Nikkei Asian Review, a high-level Myanmar official said the construction would be finished in four stages, following the original plan but it will not move to the next phase until certain demand conditions are fulfilled. Myanmar and China will be investing in the project with the state investment company Citic Group taking a 70% stake, while the Myanmar government and 42 domestic companies hold the rest.
Read more>>

Chinese engineering companies handed over 4 bridges to Laos government
(27 September 2018) Four bridges in the Attapeu Province in southern Laos have been handed over to the Lao Government by Chinese engineering firms which are part of the China-Laos joint venture in charge of the construction and operation of the railway. To honour this effort, Laos’ Prime Minister Thongloun Sisoulith signed an order of commendation for the Laos-China Railway Company, China Railway No. 2 Group (CREC2) and China Power. The Chinese firms built the bridges to provide access to the flooded villages of Attapeu Province, which was affected by Xe-Pian Xe-Namnoy hydropower project collapse on July 23.
Read more>>

Chinese tourists to Vietnam up 29.7% for the first nine months of 2018
(28 September 2018) About 3.8 million tourists from China visited Vietnam in the first nine months of 2018, recording a year-on-year surge of 29.7%, reported Vietnam’s National Administration of Tourism. More than 11.6 million international arrivals were recorded in Vietnam, of which 32.8% were Chinese. According to the data provided by the Vietnam National Administration of Tourism, between January and September 2018, more than 9.4 million visitors arrived in Vietnam by air, up 17.4%; over 2 million by road, up 62.%; and 190,800 by sea, up 0.5% from the previous period in 2017. The administration said about 16 to 17 million foreign visitors are expected to visit Vietnam, with tourism revenue worth US$27.5 billion in 2018.
Read more>>

Chinese industries eyeing Kuantan due to trade war
(30 September 2018) The escalating trade war between China and the United States could have increased interest by Chinese industries to set up factories in the Malaysia-China Kuantan Industrial Park (MCKIP). According to one of its shareholders, IJM Corporation, the trade war could be a catalyst to encourage firms to invest in Malaysia as factories in China which manufacture US-bound products are affected by higher US import tariffs. IJM, which jointly owns MCKIP with Chinese investors and the Pahang Government, is now discussing with seven potential investors with a total investment value of US$6 billion (RM25 billion). Furthermore, there are indications that Chinese investors might have also viewed Malaysia more positively following comments from Deputy International Trade and Investment Minister Dr Ong Kian Ming that Malaysia supports projects in China’s Belt and Road Initiative that can bring economic benefits to the country.
Read more>>