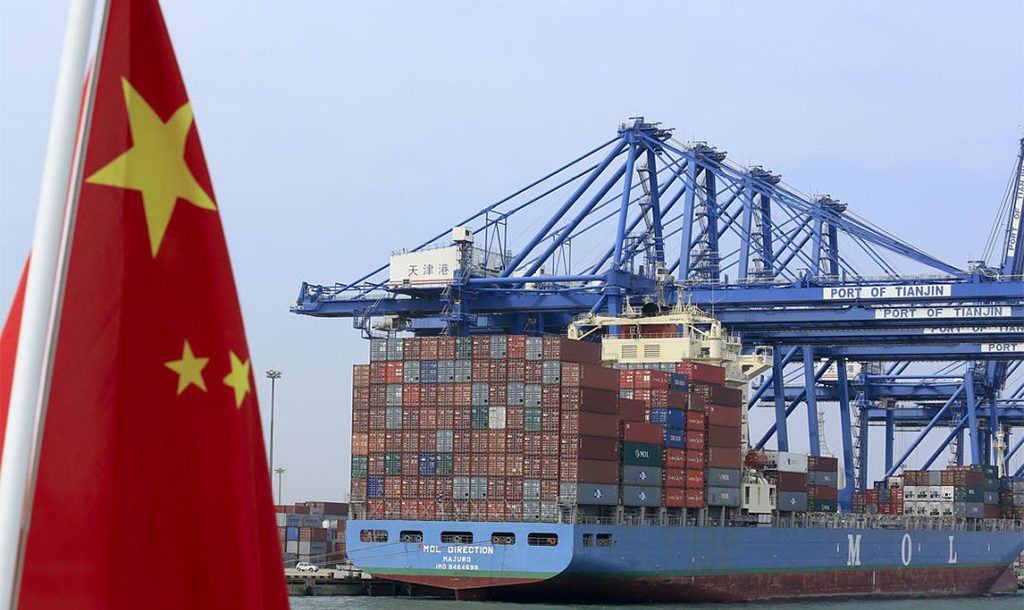 China to expand trade and investment relations with Vietnam and Cambodia
(19 October 2018) China will enhance cooperation in areas such as trade and investment with Vietnam and Cambodia, according to Chinese Premier Li Keqiang in a meeting with Cambodian Prime Minister Samdech Techo Hun Sen and Vietnamese Prime Minister Nguyen Xuan Phuc at the 12th Asia-Europe Meeting (ASEM) Summit. For Cambodia, Li called upon China and Cambodia to enhance cooperation in development strategies and improve bilateral trade. He stated that China is looking to continue its import of agricultural products from Cambodia and will persuade Chinese firms to invest in Cambodia. Hun Sen said Cambodia is willing to enhance practical cooperation with China in economy, trade and agriculture and is looking forward to seeing more Chinese businesses investing in Cambodia. In the case of Vietnam, China will collaborate with the country to promote collaborative production initiatives that meet environmental standards and benefit Vietnam’s industrialisation needs.
Read more>>

BRI nations to further capacity cooperation initiatives with China
(22 October 2018) The Forum on Global Production Capacity and Business Cooperation witnessed 65 capacity cooperation initiatives worth US$20.6 billion signed in Hubei, China. More than 2,500 participants from 94 countries which are mainly part of the Belt and Road Initiative (BRI) were part of the event. Malaysia’s special envoy to China and head of the Malaysia-China Business Council Tan Kok Wai, who was there for the event, said Malaysia has always promoted low-carbon development and energy conservation. Thus, he noted that hydropower, wind power and solar power would be the highlight of Malaysia-China cooperation in the field of new energy. According to China’s Ministry of Commerce, over the past five years, China’s total trade with countries that are part of the Belt and Road Initiative has exceeded US$5 trillion, with a yearly average growth rate of 1.1%. During the period, China’s combined direct investment in these countries has grown by a yearly average of 7.2%.
Read more>>

More than 80 Singaporean companies to participate in the Chinese import expo
(17 October 2018) More than 80 Singaporean firms led by Singapore Business Federation (SBF) will be participating in the China International Import Expo in Shanghai from 5 November to 10 November 2018. More than 2,800 companies from over 130 countries are participating in the expo. The Shanghai event comes after Chinese President Xi Jinping announced in May 2017 that China will hold an import expo for the first time, to underscore its commitment to further open its market and promote international trade. According to the organisers of the expo, Singapore exhibitors will be utilising 1,425 sqm of space at the fair, the largest of any ASEAN country. Exhibitors from Singapore will be showcasing goods and services in sectors such as logistics and transportation, finance and banking, education, healthcare, and food and beverage.
Read more>>

Myanmar and China to boost the development of bilateral tourism industry
(20 October 2018) Tourism authorities from China and Myanmar discussed measures to promote the development of tourism between both nations. Myanmar’s Ministry of Hotels and Tourism Deputy Director-general U Aung Aye Han said the Myanmar government had allowed visa-on-arrival for Chinese tourists since 1 October 2018 to further attract Chinese visitors. Meanwhile, Chairman of China Tourism and Service Association in Myanmar Luo Jun, urged Myanmar tourism authorities to enhance the safety of tourists, quality of services as well as to upgrade infrastructure to attract more foreign visitors to the country. According to Xinhua, about 400,000 Chinese travellers visit Myanmar annually.
Read more>>