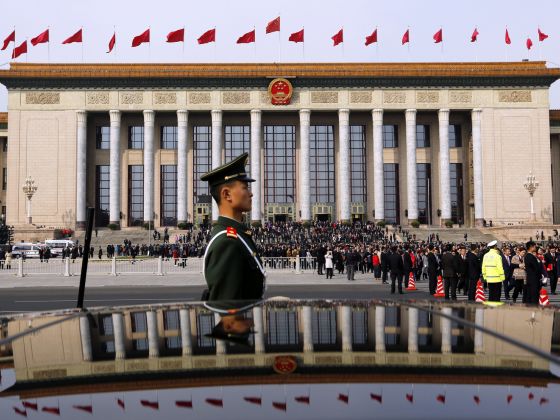 China says ASEAN should not have to choose between two superpowers
Chinese Premier Li Keqiang said during a press conference after the closing of the National People’s Congress that he did not want to see a trade war between the U.S. and China. He noted that bilateral trade and investment created nearly one million jobs in the U.S. in 2016. He also said that diplomats were discussing a potential meeting between President Trump and his Chinese counterpart Xi Jinping. When asked about the role of the world’s two largest economies in Asia Pacific, Li responded by saying the priority is to maintain peace and stability and that he did not want to see nations in the region as “picking sides” in what he described as a “Cold War mentality”. He maintained that China continues to support the integration and cooperation of ASEAN so that the region is stable and able make decisions based on consensus.
Source: Today Online (16 March 2017)

ASEAN-China cooperation to give tourism in the region a boost
Chinese Premier Li Keqiang said that tourism enhances mutual understanding and friendship while boosting cooperation in many other industries as well. This was conveyed by Vice Premier Wang Yang during the opening ceremony of the ASEAN-China Year of Tourism Cooperation held in the Philippines. Li noted that China is ASEAN’s largest supplier of tourists and that the country will use this year to take ASEAN-China relations to a new level. President Duterte sent a message of his own through the Philippines Department of Tourism Secretary Wanda Corazon Tulfo-Teo. He said that there will be a focus on sustainable and inclusive growth and that with tourism the country expects growth in areas such as trade exports, agriculture, transportation, logistics and business process outsourcing.
Source: BusinessWorld Online (16 March 2017)

Philippines is key to RCEP, says China
While Philippines is looking for a quick conclusion to the Regional Comprehensive Economic Partnership (RCEP), Chinese Vice Premier Wang Yang said that the Philippines’ role in the negotiations is “irreplaceable”. Philippines Department of Finance Secretary Carlos Dominguez III said ASEAN with China can lead the region in a direction of more rapid and inclusive economic growth. Wang was on a visit to the Philippines and met with with President Duterte in Davao City to discuss implementation of the Philippines’ large-scale infrastructure projects funded by China.
Source: Inquirer.net (21 March 2017)
Source: ABS-CBN (20 March 2017)

China-Myanmar oil pipeline to begin operations
A pipeline worth US$ 1.5 billion will soon be operational allowing oil to be pumped across Myanmar to reach the Yunnan province in the South West region of China. An agreement between China’s PetroChina and Myanmar’s government will allow 260,000-barrels-per-day to be pumped 770km to Yunnan creating a new oil trading route Once the Electricity and Energy Minister gives the final go ahead the project will begin. This is a rare success in China-Myanmar relationships as the latter has always been wary of Beijing’s economic clout.
Source: The Star (22 March 2017)

Vietnam asks for South Korea’s support in South China Sea dispute
Vietnamese Prime Minister Nguyen Xuan Phuc has sought out Korea’s support over the South China Sea issue. He appealed to South Korean Foreign Minister Yun Byung-se during a meeting in Hanoi. Vietnam is the most vocal nation in ASEAN with regards to China and the South China Sea issue. Vietnam would like South Korea to help it improve its law enforcement in the sea. However, South Korea has not responded to back Vietnam’s position on the issue. Vietnam has previously demanded China stop sending cruise ships to the area in response to Beijing’s latest moves to secure its claims to the area.
Source: Channel News Asia (22 March 2017)