China-ASEAN Monitor: ASEAN and China to cooperate in development of sugar industry 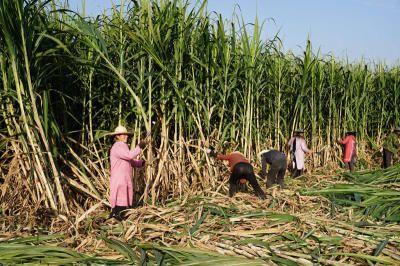 ASEAN and China to cooperate in development of sugar industry
(21 December 2020) ASEAN and China are reportedly cooperating in the development of the sugar industry; especially in China’s largest sugar manufacturing base of Guangxi province. Guanxi plans to set up a China-ASEAN industry park for agricultural machinery in the city of Nanning, and hopes to attract both local and overseas companies there to help expedite the mechanisation of sugar production, which has been identified as a main factor hindering the development of the industry. Thailand’s Consul-General in Nanning noted that Guangxi has important cooperation with Thailand in terms of sugar production. The Sino-Thai joint venture, Guangxi Nanning East Asia Sugar Group, has been operating in Guangxi for over 28 years and is now the largest sugar producer in the region and third-largest in China
Read more>>

Chinese Embassy grants US$60 million for construction of Davao River Bridge project
(21 December 2020) The Chinese Embassy to the Philippines granted US$60 million for the construction of the Davao River Bridge in Bucana District in Davao province at the mouth of the Davao River. The bridge is part of a joint project between the Chinese Embassy and the Philippines’ Department of Public Works and Highways. The two-way, four-lane bridge will be 477 meters long with a total route length of 1,340 meters. The Filipino side will be in charge of technical works and project management for the duration of the project, which is expected to last 30 months. The project is expected to commence in 2021 once a Detailed Engineering Design (DED) is finalised.
Read more>>

CRCC wins US$415 million contract on China-Thailand high-speed railway
(21 December 2020) China’s state-owned China Railway Construction Corp (CRCC) won a US$415 million contract to build the first 40-km segment of the China-Thailand high-speed railway linking Bangkok to the Laotian border. Two subsidiaries of the CRCC, China Railway 11 Bureau Group and China Railway 23 Bureau Group, will build railway beds, bridges and stations for their respective section. The completed railway will carry trains from Bangkok to the Thai border town of Nong Khai, where it will be linked to the China-Laos railway currently under construction in Laos, thereby linking Bangkok to China’s Yunnan province. The first phase of the line runs 250 km to Nakhon Ratchasima in the northeast.
Read more>>

Government official calls for Malaysian companies to leverage China’s high-tech know-how
(17 December 2020) Malaysian Deputy Minister for International Trade and Industry Lim Ban Hong called for greater collaboration between the Malaysian and Chinese private sectors in the area of high technology in order to strengthen bilateral trade and investment ties. This would also help expedite Malaysia’s own efforts into becoming a knowledge-intensive economy. He encouraged Malaysian companies, particularly from the electrical and electronics (E&E) sector, to explore business opportunities with not just advanced companies in conventional first-tier cities in China, but also with small and medium enterprises in second- and third-tier cities. Malaysia’s E&E sector has been critical to Malaysia’s economic recovery from the COVID-19 pandemic.
Read more>>

Chinese streaming service iQiyi to hire 200 staff for its Singapore office
(17 December 2020) Chinese streaming service iQiyi plans to hire some 200 staff over the next several years for its Singapore office, which is its new international headquarters. iQiyi is one of the most popular online video platforms in China, having logged in 104.8 million subscribers as of end-September 2020. The company made total revenue of US$4.2 billion as of its 2019 annual report. The company’s Singapore office will be focusing on providing content, sales and marketing, and business development. Besides Singapore, iQiyi also has operations in Bangkok, Kuala Lumpur, Jakarta and Manila.
Read more>>