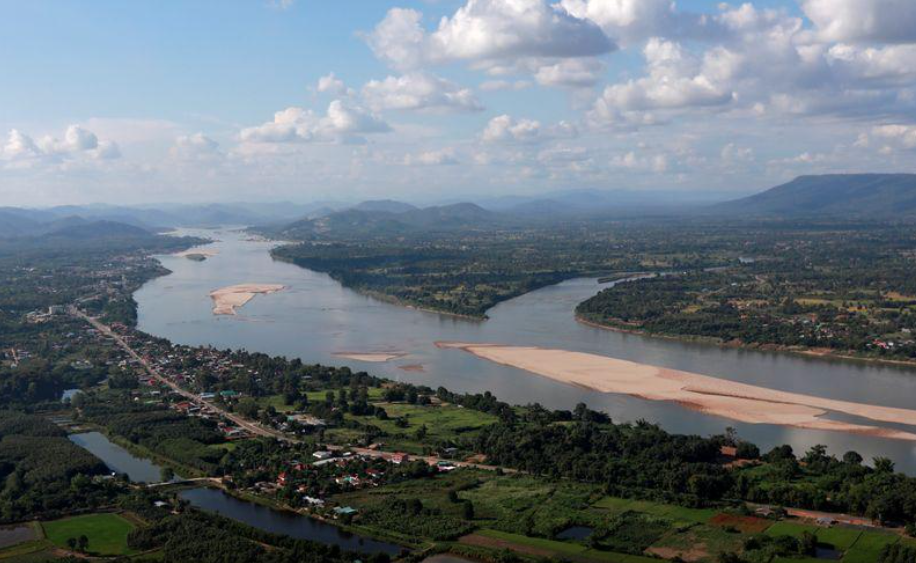 China agrees to share year-round water data with Mekong River Commission
(22 October 2020) China signed an agreement with the Mekong River Commission (MRC) on 22 October to share year-round data on the flow of its portion of the vital waterway amid concern that Chinese dams may be causing drought downstream in Southeast Asia. MRC said that data-sharing is critical to the management of the Mekong, upon which 60 million people depend for fishing and farming in downstream countries Thailand, Cambodia, Laos and Vietnam. Two years of record drought on the 4,350-km (2,700-mile) waterway have severely harmed livelihoods and raised questions over how mainstream Mekong dams in China and downstream in Laos were affecting the flow of water. China has for 18 years shared water during the June to October monsoon season with the MRC to provide early flood warnings. However, with drought an increasing concern, the MRC has been seeking year-round data to help analyse what may be causing the river’s low flow.
Read more>>

Malaysian firm partners with Huawei in manufacturing venture
(26 October 2020) JF Technology Bhd, via its wholly-owned unit JF International Sdn Bhd, is partnering with Huawei Investment & Holding Co Ltd’s unit Hubble Technology Investment Co Ltd (HTI) to set up a plant for the manufacture and supply of high-performance test contactors in China. With the opportunity for JFH Technology to work closely with HTI to develop new test contacting technology for 5G and 6G networks in the future, this will enable JFH Technology to move up the value chain of the semiconductor industry while developing local talents amongst Malaysians, the company said in the filing.
Read more>>

Thai-Chinese firms want the government to expedite links with China
(24 October 2020) The Thai-Chinese Chamber of Commerce has urged the government to speed up its economic partnership with China. According to Thai-Chinese Chamber of Commerce president Narongsak Puttapornmongkol, China’s economy is on a path to a strong recovery and this could benefit Thai exports and overall economy. Narongsak urged the government to boost the promotion of connectivity between China’s Belt and Road Initiative and Thailand’s flagship Eastern Economic Corridor (EEC) project and elevate the relationship between the two countries in terms of trade and investment. He added that Thailand is still a target destination for Chinese investors, as indicated by investment applications approved by the Board of Investment in the first half of 2020 that saw China rank number one in terms of investment applications approved.
Read more>>

First group of Chinese visitors arrive in Bangkok
(21 October 2020) The first group of Chinese visitors since Thailand’s border closure in March due to COVID-19 arrived at Suvarnabhumi airport from Shanghai on 20 October, according to the Tourism Authority of Thailand (TAT). A total of 41 Chinese visitors on a Special Tourist Visa (STV) arrived on a special Spring Airlines flight at 5.10pm, TAT governor Yuthasak Supasorn said. Yuthasak said the tourists have entered the 14-day mandatory quarantine in Bangkok. Upon arriving, the tourists were required to download a tracking app on their smartphones. Chinese tourists accounted for most of 2019’s tourist arrivals, with 10.99 million visitors arriving last year. The TAT governor said the return of foreign visitors signalled a recovery, which has been made possible by a raft of tourism-related incentives.
Read more>>