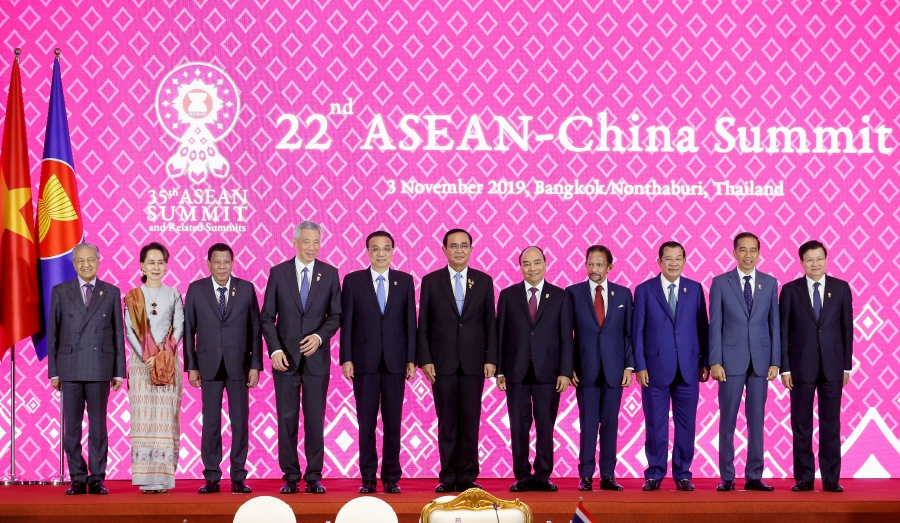 China-ASEAN summit over COVID-19 to be held from 20-21 February 2020
(17 February 2020) A special meeting between China and ASEAN countries to discuss responses to COVID-19 is scheduled to be held in Vientiane, Laos, from 20-21 February. The meeting will be attended by ASEAN delegations and Chinese Foreign Affairs Minister Wang Yi. The participants are expected to discuss joint prevention and control measures against the virus. According to a Chinese Foreign Affairs Ministry spokesperson, the meeting would also explore ideas on the setting up of a long-term and effective collaboration mechanism on public health to safeguard people in these regions. On 17 February 2020, 694 new cases of COVID-19 have been confirmed in 25 countries outside China, with a total of three deaths. China has criticised some countries for their “overreaction”, which “triggered unnecessary panic”. Japan, Singapore, the Philippines, Indonesia and Australia are among the countries that have ordered more stringent measures that effectively prevent the entry of Chinese nationals.
Read more>>

COVID-19 outbreak impacts Belt and Road projects in Indonesia and Cambodia
(18 February 2020) The COVID-19 outbreak in China has impacted Belt and Road Initiative (BRI) projects in countries such as Indonesia and Cambodia, due to the restrictions imposed on the travel and the import of Chinese goods. Construction works for a US$6 billion high-speed railway project in Indonesia connecting Jakarta to Bandung, overseen by the China Railway International Group, was affected due to 100 Chinese personnel being unable to return to Indonesia. The company is now focusing on less critical aspects of the project while awaiting the return of its key staff. Chinese nickel and cobalt projects in Indonesia have also been disrupted by the travel restrictions. Meanwhile, Chinese-run factories in the Cambodia Sihanoukville Special Economic Zone have been impacted as well. Although the employees at the factories are local, these factories are highly dependent on supplies from China.
Read more>>

Indonesian palm oil exports to China decrease due to COVID-19 outbreak
(17 February 2020) Indonesia’s farming ministry revealed that palm oil exports to China have declined due to the COVID-19 outbreak. As of February 17, Indonesia has exported only 84,000 tonnes of palm oil to China in February 2020, compared to the 371,000 tonnes exported in the full month of February in 2019. In January 2020, it exported a total of 483,000 tonnes to China. Although demand from China has been impacted, the export volume is still expected to increase, according to a farming ministry official. In 2019, data from the Indonesia Palm Oil Association shows that China was the main destination for Indonesian palm oil exports, accounting for 19% of total exports.
Read more>>

China and Cambodia to sign free trade agreement by the end-2020
(17 February 2020) Cambodia and China hope to sign a free trade agreement (FTA) by the end of 2020, with the first round of negotiations concluded in January 2020. Negotiations are expected to be completed by the middle of this year. The Cambodian Ministry of Economy and Finance has stated that the trade agreement will help Cambodia to expand its exports to China while allowing Chinese investors to expand their businesses in the country (as well as attract new ones). The FTA would also allow medium-sized Chinese manufacturers to invest in Cambodia and export their products to large-scale companies back in China, thereby strengthening Cambodia’s value chain. According to government figures, trade volume between Cambodia and China has increased from US$5.16 billion in 2016 to US$6.04 billion in 2017 and US$7.4 billion in 2018. The two countries aim to reach US$10 billion in bilateral trade annually by 2023.
Read more>>

Myanmar mulling temporary halt to tourist travel with China to tackle COVID-19 outbreak
(18 February 2020) Myanmar’s Ministry of Hotels and Tourism proposed a temporary halt to tourist travel to and fro China in order to combat the spread of COVID-19. The government has already stopped issuing visas on arrival for Chinese tourists and is considering closing its land borders. Due to airlines halting flights, tour bookings from China have already declined by half. The ministry has stated that the virus outbreak provides an opportunity for Myanmar to review its newfound dependence on Chinese tourists to make up for a decline in Western tourists. Tourism operators echoed this sentiment and said the outbreak will give the industry an opportunity to diversify its tourist mix. Since late 2018, the rise of Chinese tourists has caused a significant increase in foreign tourists but did not result in significant increase in tourism revenue.
Read more>>