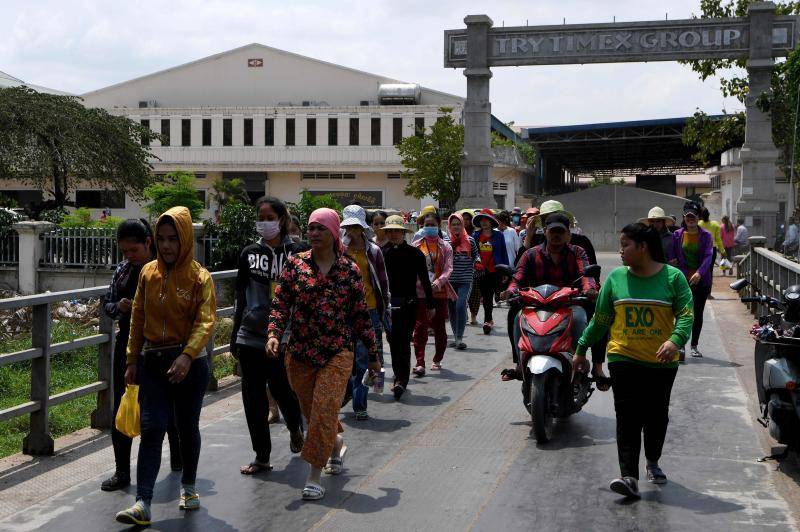 Indonesian state-owned airline Garuda impacted by China travel ban
(11 March 2020) Indonesia’s state-owned flag carrier Garuda is in the process of enacting cost-cutting measures as it feels the impact of the international travel restrictions, particularly the government’s ban on travel to China in light of the ongoing COVID-19 outbreak. According to the airline’s new CEO Irfan Setiaputra, 5% of the company’s revenue comes from flights to China. Among the measures which the company will adopt include debt refinancing, cutting unprofitable routes, and relocating large-bodied aircraft to crowded domestic flights. Since the start of 2020, Garuda’s shares have fallen by 50%, the largest drop among regional rivals. The company reportedly has a total of US$798 million worth of debts due by the end of 2020.
Read more>>

Thailand may impose mandatory quarantine for Chinese tourists to combat COVID-19 outbreak
(7 March 2020) The Thai government may impose mandatory 14-day quarantine for travellers affected by the COVID-19 outbreak, including China, Hong Kong, Macau, South Korea, and Iran. The government stated on 7 March that it would prefer if travellers from said countries self-quarantined themselves for 14 days to prevent the spread of the coronavirus, and may face fines for non-compliance. It remains unclear, however, if the measures are merely advisory or are mandatory. Chinese tourists account for a quarter of Thailand’s foreign tourist receipts and spent more than US$17 billion in 2019. Over the last few days, the Thai government has flipped-flopped on whether the quarantine measures will be mandatory or merely recommended.
Read more>>

Singapore and China to co-host 2020 Smart China Expo
(8 March 2020) Singapore and China’s Chongqing Municipality will co-host the 2020 Smart China Expo, which focuses on smart technology. This is part of the fifth anniversary of the intergovernmental initiative China-Singapore (Chongqing) Demonstration Initiative on Strategic Connectivity, and will see Singapore become one of the hosts of the expo for the first time (the last two expos have been held in Chongqing since 2018). Since the initiative’s launch in 2015 until the end of February 2020, 55 cooperation agreements and 204 cooperation projects worth more than US$30 billion have been signed. During the 2019 expo, a total of 530 projects worth some US$117.88 of investments were signed.
Read more>>