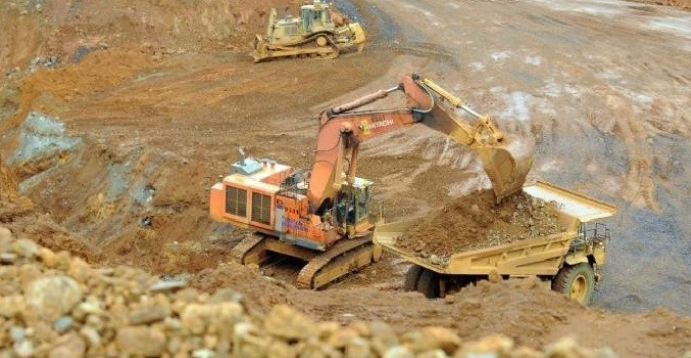 Chinese investors expected to lead doubling of investments into Indonesia’s nickel processing sector by 2033
(16 October 2020) Indonesia expects to see investments into its nickel processing sector to double to US$35 billion by 2033, led by Chinese firms. Representatives from Chinese steel and battery companies operating in Indonesia met with the Indonesian Coordinating Minister for Maritime and Investment Affairs Luhut Pandjaitan during his recent visit to Yunnan province. Among the projects discussed was a plan by China’s Contemporary Amperex Technology Co Ltd and Ningbo Lygend Mining Co to create the world’s largest integrated lithium battery production facility. According to the minister’s spokesman Jodi Mahardi, the Chinese companies, along with others including Tsingshan Holding Group and Delong Holdings, reportedly have some US$16 billion invested in Indonesia’s nickel processing sector, and plan to increase their collective investment to around US$35 billion by 2033. Indonesia is a major nickel ore producer and is keen to expand as a nickel processing hub.
Read more>>

The Philippines stands to benefit from China’s early economic recovery due to resumption of trade
(21 October 2020) The Philippines stands to gain from China’s early economic recovery from the COVID-19 pandemic, due to China’s status as the country’s largest trading partner. Annual bilateral trade between the Philippines and China before the pandemic stood at US$50 billion, said finance secretary Carlos Dominguez III during an online forum. China posted a growth of 4.9% in the third quarter of 2020, which is expected to increase the demand for Filipino goods. Filipino exports to China recovered after China posted a growth of 3.2% year-on-year in the second quarter of 2020, said acting socioeconomic planning secretary Karl Kendrick Chua in a quote to a local news outlet. Based on the latest data from the Philippine Statistics Authority, China and Hong Kong were the Philippines largest export destinations as of end-August 2020, with combined shipments of US$11.37 billion while imports amounted to US$13.58 billion.
Read more>>

Ministry of Tourism report reveals an 83% fall in mainland Chinese visitors to Cambodia in 2020
(16 October 2020) A report by Cambodia’s Ministry of Tourism revealed an 83% fall in the number of tourists from mainland China for the first eight months of 2020. The number of tourists from China fell from 1.7 million in the first eight months of 2019 to 292,303 for the same period in 2020. Cambodia is expected to lose around US$3 billion in tourism revenue in 2020, having recorded between US$4.9 billion from 6.6 million foreign visitors in 2019. The decline in visitors has had a major impact on Cambodia’s casino sector, with 30 casinos in Sihanoukville alone having either closed their doors completely or suspended all staff in 2020.
Read more>>

China remains Malaysia’s largest foreign investor in the manufacturing sector for four consecutive years
(20 October 2020) China has remained as Malaysia’s top foreign investor in the manufacturing sector for four consecutive years since 2016, said Malaysia’s deputy international trade and industry minister Lim Ban Hong at the 10th Malaysia-China Entrepreneurs Conference (MCEC) 2020 held virtually on 20 October. A total of 32 FDIs amounting to US$452.43 million were approved in the first six months of 2020 while 79 FDIs from China worth US$3.74 billion were approved in 2019. Bilateral trade between Malaysia and China stood at US$80.06 billion from January to August 2020, while it had previously reached US$123.96 billion in 2019. The deputy minister stated that he hoped the corporate elites from both countries would collaborate in sectors including digital economy, big data, innovative economy, as well as industrial innovation and modern agriculture.
Read more>>

China accounts for Brunei’s fourth largest trade partner in 2019 at 8.9% of total trade
(16 October 2020) China was Brunei’s fourth-largest trading partner in 2019, accounting for 8.9% of Brunei’s total trade. Total trade in 2019 was valued at approximately US$1.1 billion. China was Brunei’s largest source of imports, accounting for 13.1% of total imports, and was Brunei’s seventh-largest export market accounting for 5.9% of total exports. Discussing opportunities for both countries to capitalise on the relationship, Brunei’s Minister in the Prime Minister’s Office and Minister of Finance and Economy Dr Awang Haji Mohd Amin Liew noted that Brunei is strategically located in the centre of the Brunei Darussalam-Indonesia-Malaysia-Philippines East ASEAN Growth Area (BIMP-EAGA). He noted that Brunei-China cooperation not only strengthens the connection between China and BIMP-EAGA countries, but also benefits China-ASEAN cooperation as well as the Belt and Road Initiative.
Read more>>