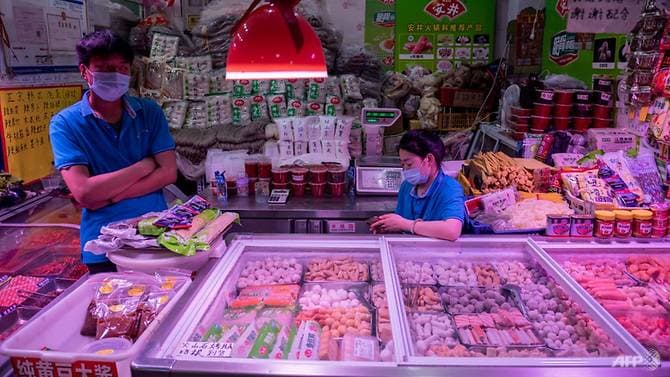 Indonesia halts seafood exports to China after COVID-19 tests
(20 September 2020) Indonesia has suspended exports into China from an Indonesian seafood company PT Putri Indah after its frozen fish products tested positive for COVID-19, according to a statement by the country’s fisheries ministry on 19 September 2020. An investigation is reportedly ongoing and the suspension only applies to the company. According to the ministry, the virus was detected on the outermost side of the package, not on the fish and the seven-day suspension began on 18 September. China’s General Administration of Customs said on 18 September that it would stop accepting import applications from PT Putri Indah for one week after a batch of frozen hairtail fish from the company tested positive for COVID-19. China’s customs had earlier said on 11 September that it would halt imports from companies for a week if their frozen products tested positive for COVID-19 for a first or second time.
Read more>>

First China bond ETF in Singapore to launch amid strong foreign interest in yuan assets
(17 September 2020) The largest exchange-traded fund (ETF) to invest purely in Chinese government bonds is expected to list in Singapore this week, CSOP Asset Management said on 17 September 2020. The first China bond ETF in Singapore will launch with an initial US$676 million derived from both institutional and retail investors, according to a briefing by CSOP and Singapore Exchange. Trading is expected to have begun on 21 September. The launch comes as foreign investors stream into China’s onshore yuan bonds and as it steps up efforts to deregulate its capital markets and promote the global use of the yuan. Chinese government bonds pay a premium over US government debt of more than 200 basis points at the ten-year tenor and are becoming increasingly popular with investors as it recorded a 21st consecutive month of inflows in August.
Read more>>

Last major tunnel along China-Laos railway drilled through
(22 September 2020) The Ban Phoukeu Tunnel which is the last major long tunnel of nearly 9,000 meters along the China-Laos Railway has been drilled through on 22 September according to a Chinese railway engineering company involved with the construction. The drilling of the last tunnel marked an important milestone in the construction of the cross-border railway, and laid a solid foundation for the timely completion of the mega project. With a length of 8,936 meters, the Ban Phoukeu Tunnel is among the 10 major tunnels longer than 5 km along the China-Laos Railway. The China-Laos Railway is a strategic docking project between China’s Belt and Road Initiative and Laos’ strategy to convert from a landlocked country to a land-linked hub. The 422-km railway will run from Boten border gate in northern Laos, bordering China, to Vientiane with an operating speed of 160 km per hour.
Read more>>

Residents of Chinese border city near Myanmar test negative after imported COVID-19 cases
(21 September 2020) Residents at a Chinese border city have all tested negative for COVID-19 following two imported cases from neighbouring Myanmar, and the city-wide home quarantine would be lifted, the provincial government said on 21 September. Last week, the transit point of Ruili in southwestern Yunnan province conducted tests for tens of thousands of residents. The Yunnan government said in a statement that apart from the two imported cases, no local cases or local transmissions of the virus were detected. Movement restrictions such as home quarantine for residents were due to be lifted on 21 September at 10:00 pm but venues such as cinemas, bars and internet cafes are expected to remain closed. Yunnan’s rugged 4,000-km (2,485-mile) border with Laos, Myanmar and Vietnam makes it tough for authorities to step up surveillance and cut illegal immigration into China.
Read more>>

Huawei initiates programme in Brunei to develop local digital talents
(21 September 2020) Huawei Technologies began its “Seeds for the Future 2020” programme in Brunei on 22 September with the aim of developing local information and communications technology (ICT) talents in the kingdom. The programme was first launched in 2008 to develop local skills and bridge communications between both countries. Brunei’s deputy minister of education Romaizah said the ministry is taking a holistic approach towards building a comprehensive ecosystem for digital learning. Due to the COVID-19 pandemic, the programme is being held virtually this year. According to Huawei Technologies in Brunei CEO Zhang Jianwei, participants of the programme will learn about Huawei’s 5G, cloud computing, internet of things, artificial intelligence as well as other digital solutions.
Read more>>