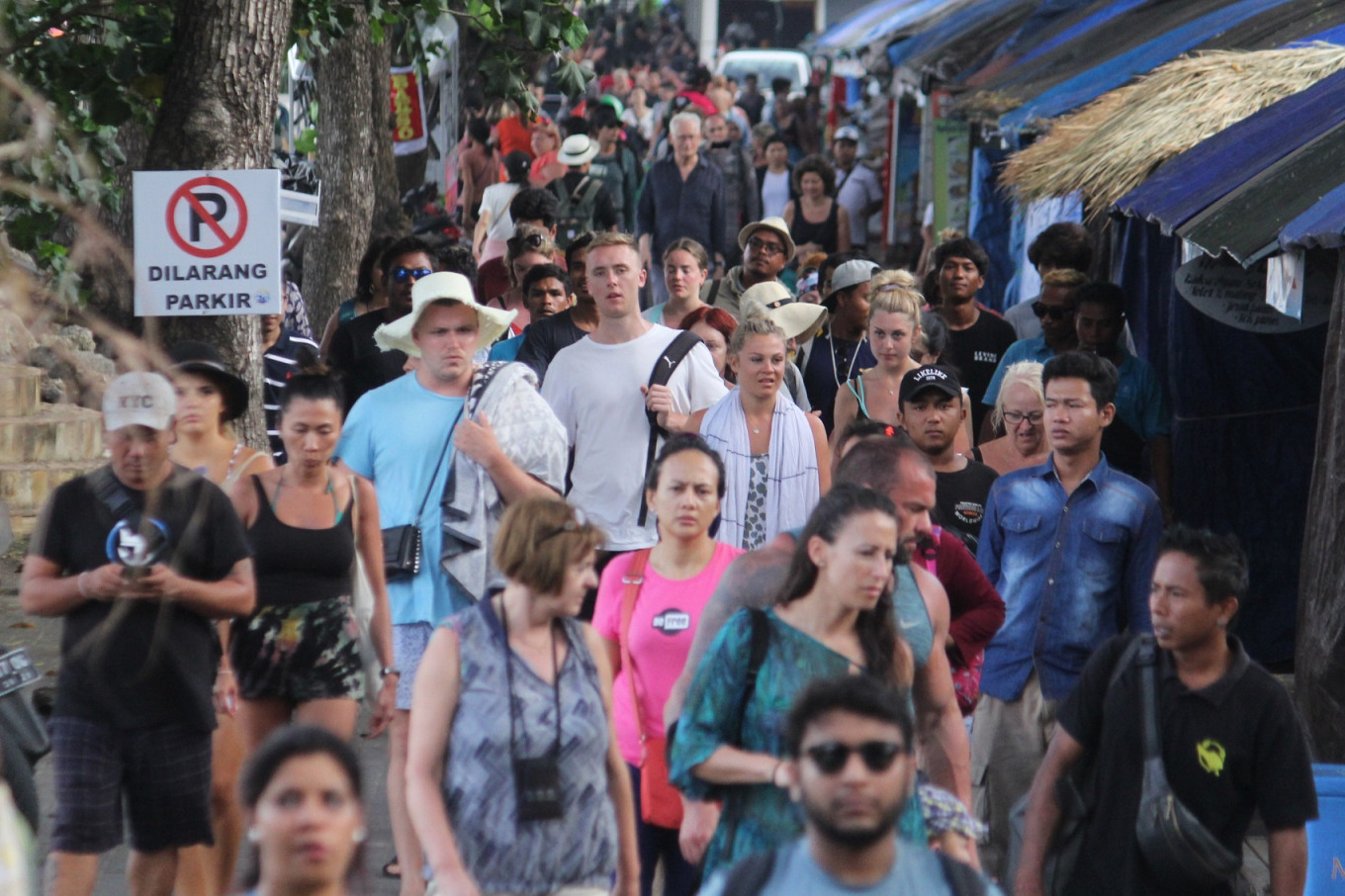 Indonesian tourism sector starts to feel the effects of COVID-19
(2 March 2020) Tourist arrivals to Indonesia in January 2020 totalled 1.27 million, which is around 5.85% higher than the 1.20 million recorded in January 2019, according to Statistics Indonesia (BPS). However, the January 2020 growth rate is much lower than the 9.50% increase recorded in the same month in 2019. BPS deputy for statistics distribution and service Yunita Rusanti said the impact from the coronavirus can be seen to have a significant impact in the last week of January 2020. The number of Malaysian tourists to Indonesia fell 10.6% year-on-year to 206,532 arrivals in January, the highest among other countries. Chinese tourist arrivals came in second with 181,281 arrivals, a slight rise of 1.46% year-on-year, which is drastically lower than the 73.0% annual growth rate recorded in January 2019. To contain the spread of the COVID-19, Indonesia has closed its borders for those travelling to and from China. On 2 March 2020, President Joko Widodo announced the first two COVID-19 cases in Indonesia after a Japanese tourist’s stay in Jakarta.
Read more>>

Thailand says tourism numbers for February likely down 40%
(2 March 2020) The Tourism Authority of Thailand (TAT) said that tourism numbers for February 2020 were likely down about 40% year-over-year and that the numbers for March and April are likely to fall by as much as 60%. The number of tourists visiting Thailand may fall by 6 million in 2020 to 33.8 million, the lowest in four years, due to growing fears over the COVID-19 outbreak. TAT Governor Yuthasak Supasorn said that April 2020 is likely to be the worst performing month based on current developments and expects a very quiet Songkran festival, normally one of the busiest tourism events of the year, along with Christmas and New Year’s week. Up to 90% of events in Thailand such as the LPGA tour, the MotoGP and major concerts such as Green Day in Bangkok have been cancelled out of precaution. Yuthasak added that TAT is currently focusing on domestic tourism efforts and preparing promotions and discounts for Thai Nationals to boost travel.
Read more>>

Cambodia inaugurates China-funded road
(27 February 2020) China-backed National Road 58 was inaugurated by Cambodian Prime Minister Hun Sen and Chinese Ambassador to Cambodia Wang Wentian on 26 February. The 174-km road stretches along the Cambodia-Thailand border, connecting Poipet city in Banteay Meanchey province to Samraong city in Oddar Meanchey province and is expected to be crucial for economic and tourism development in the western provinces of Cambodia. Built by the Shanghai Construction Group Co., Ltd in 43 months, the road was funded by the Chinese government with a concessional loan. According to him, China has built more than 3,000 km of roads and eight river bridges in Cambodia.“The road has not only helped connect Cambodia internally but also linked our neighbouring provinces with Thailand,” he said. “It plays a very important role in further promoting trade and tourism between Cambodia and Thailand.”
Read more>>

Tech giants move production to Vietnam amidst COVID-19 outbreak
(2 March 2020) Tech companies Google and Microsoft have reportedly shifted production from China to Vietnam due to the US-China trade war and COVID-19 outbreak. Google has moved the production of one of its smartphones, Pixel 4a, to a facility in northern Vietnam and production is expected to begin in April 2020, according to a report by a regional media outlet. The search giant is also reportedly planning to begin the production of the Pixel 5 series in Vietnam, with production scheduled to begin in the second half of 2020. Furthermore, Google has also reportedly asked a long-time manufacturing partner to help prepare production lines in Thailand for its “smart home” related products. Meanwhile, Microsoft is scheduled to start producing its Surface line, including notebooks and desktop computers, in northern Vietnam in the second quarter of 2020.
Read more>>

Vietnam Airlines managers’ take salary cut as revenues take hit
(29 February 2020) Vietnam Airlines has cut the salaries of its senior managers in 2020 by 40% in a bid to mitigate the loss in revenue caused by the COVID-19 outbreak. The salaries of mid-level managers have also been cut by 20%-30%, according to CEO Duong Tri Thanh. The company expects the number of passengers to drop by 2.5 million in 2020 and with it, the revenues to fall by US$519 million. The airline has seen a sharp decline in the number of Chinese passengers but it is also seeing a decline in the number of passengers on other international and domestic routes. In view of recent developments, the airlines has also cut many flights to South Korea’s Seoul and Busan. The COVID-19 outbreak is estimated to cost the Vietnamese aviation industry US$1.08 billion in revenues in 2020, according to the Civil Aviation Authority of Vietnam. Although all 16 COVID-19 patients in Vietnam have been discharged and the country has seen no new cases in the last two weeks, the global death toll has reached more than 3,000.
Read more>>