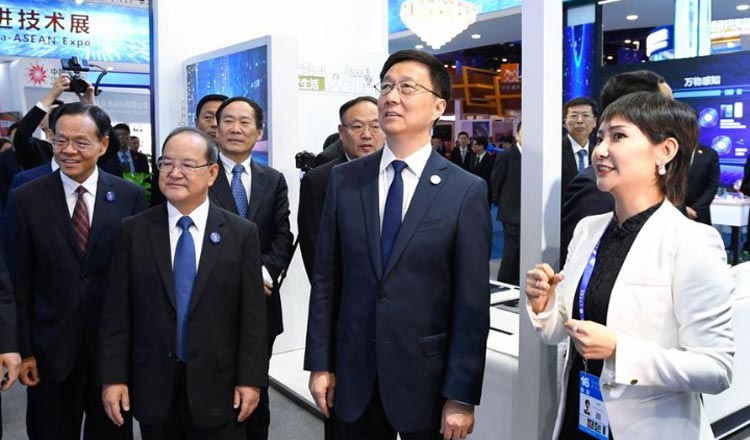 Land-sea transport plan connecting China and ASEAN unveiled at China-ASEAN Expo
(23 September 2019) China revealed an action plan during the 16th China-ASEAN Expo held in Guangxi to further develop the land-sea corridor stretching from Sichuan province to Guangxi province and Hainan province as part of China’s plans to boost connectivity between China and ASEAN. A China-ASEAN digital trade hub was also launched during the event, and 16 major projects were expected to be signed during the four-day expo in the areas of 5G development, big data, and intelligent manufacturing. China-ASEAN trade grew 4.2% to US$292 billion in the first half of 2019, with two-way investments totalling US$230 billion as of August this year.
Read more>>

China electric power companies ink US$9.91 billion in new deals in 2018
(22 September 2019) Chinese electric power companies completed 11 projects in ASEAN worth US$1.8 billion and inked a further US$9.91 billion in new deals in 2018, the China Electricity Council shared during the China-ASEAN forum held in Guangxi recently. This includes projects in hydropower, wind power, photovoltaic power and other areas. Separately, Chinese firms Chint Group and Sinomach-HE announced last week that they have submitted an application to the Cambodian energy ministry to conduct a feasibility study to develop a 150 MW hydropower dam on the Tatay River.
Read more>>

Malaysia-Guangxi trade records 120% growth year-on-year in 2018
(24 September 2019) Trade between Malaysia and Guangxi province grew 120% from US$532.1 million in 2017 to US$1.2 billion in 2018, with Malaysia’s imports from Guangxi accounting for US$572.79 of the sum, according to Malaysia External Trade Development Corporation (Matrade). Meanwhile, a consortium led by Chinese construction firm Pacific Construction Group (CPCG) signed a memorandum of understanding with Malaysia’s Terengganu Jiangsu Trade Organisation (TJTO) at the China-ASEAN Expo to invest US$717.8 million to develop infrastructure such as an industrial park, free trade zone and affordable housing in Terengganu state.
Read more>>

Bank of China Manila designated as clearing bank for renminbi in the Philippines
(19 September 2019) Bank of China Manila has been made the clearing bank for renminbi (RMB) business in the Philippines and its clearing facilities will soon be operational. The new facility is expected to boost cross-border settlements, trade financing, investment, loans and other financial activities. With this, the bank said, Filipino financial institutions will be able to participate in the Chinese financial market and increase their RMB asset holdings. According to SWIFT data, the total amount of RMB cleared in the Philippines from January to June in 2019 grew 45.3% year-on-year to RMB 127.4 billion (US$17.9 billion).
Read more>>