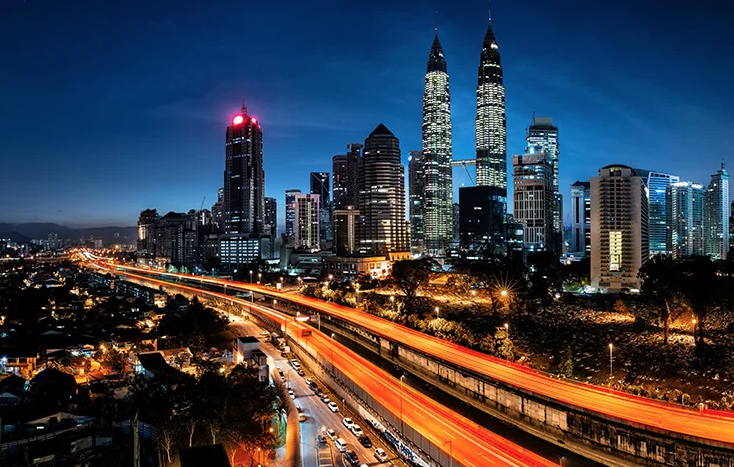 Malaysia begins two-week isolation to curb COVID-19
(18 March 2020) Malaysia begins its two-week partial lockdown on 18 March after COVID-19 infections in the country made it the highest in Southeast Asia. A few days before the start of the partial lockdown, some buyers were seen at supermarkets stocking up on essentials like instant noodles. Malaysia and the Philippines, which has quarantined about half its 107 million population, have imposed the toughest restrictions on movements of people in the region, though capital markets in both countries will remain open. Malaysia reported its first two COVID-19 deaths on 17 March, which included a man who attended a mass Muslim gathering linked to nearly two-thirds of the country’s 673 infections. The administration of Prime Minister Muhyiddin Yassin, who took office early this month, has assured the public of sufficient stock of essentials for the country’s population of 32 million people. Malaysia has shut its borders for travellers, restricted internal movement, closed schools and universities and ordered non-essential businesses to close.
Read more>>

The Philippines lifts travel ban to China for overseas Filipino workers
(16 March 2020) The Philippines has lifted a travel ban imposed on overseas Filipino workers (OFW) to China except for Hubei province. The lifting of the ban was announced by its Department of Foreign Affairs in an advisory issued on 15 March. The relaxation of travel restrictions, however, only applies to returning OFWs with official documents as well as Filipino government officials on official duty. Students, OFWs on first-time deployment, dependents of OFWs and tourists are still not allowed to travel to China. In February 2020, the Philippines government banned travel to and from China after the onset of the COVID-19 outbreak. During the period April-September in 2018, the number of OFWs was estimated at 2.3 million and total remittances sent during the same period was estimated at US$4.62 billion.
Read more>>

China-Laos railway’s mechanical and electrical engineering begins construction
(15 March 2020) The mechanical and electrical (M&E) engineering of the China-Laos railway entered the construction phase on 15 March, according to Laos-China Railway Co., Ltd., the joint venture in charge of the railway’s construction and future operation. The year 2020 will see the railway’s construction of the railway track, station building, and the completion of civil engineering work such as tunnels, bridges and roadbed’s construction. Amidst the difficulties caused by the COVID-19 outbreak, China Railway Wuhan Electrification Engineering Group Co., Ltd., which is involved in the construction, has tried to organise various construction resources without any delay since January 2020. The 414.33-km railway, with 198-km tunnels and 62-km bridges, will run from Boten border gate in northern Laos, bordering China, to Vientiane with an operating speed of 160 km per hour. The project, which began in December 2016, is scheduled to be completed in December 2021.
Read more>>

Thai rice exports get boost from stockpiling
(16 March 2020) Thai rice exports has seen an unexpected boost due to the global COVID-19 scare, according to Thai Rice Exporters Association president Chookiat Ophaswongse. According to him, rice importers usually preferred delivery of 50% of an order, such as 50% delivered in March while the rest would be delivered in the following month. However, rice importers have been asking for 100% full delivery. Even the price of rice exported from Thailand has seen an increase, going up from US$410 per tonne to US$450-US$460 per tonne. Thailand’s rice exports in February 2020 was estimated at 630,000 tonnes. Due to the increase in rice exports, the Thai Rice Exporters Association has set a target of 7.5 million tonnes for 2020. However, Chookiat said that should the COVID-19 situation subside, rice orders will probably drop.
Read more>>

Raw fabric from China to arrive in Myanmar this week
(17 March 2020) Raw materials from China are being transported by air instead of shipping, so that garment factories in Myanmar can resume operations, according to a Yangon-based Chinese textile and garment association. The supplies for 11 Chinese-owned garment factories in the Yangon Region are expected to be flown in on 17 March. It is estimated that around 15 tonnes of raw fabric will be delivered from Guangzhou for use in factories in the Hlaing Tharyar, Shwe Pyi Thar, Shwe Lin Pan and Mya Thida industrial zones. The decision to transport the fabrics by air was made to expedite the arrival of the raw materials. Factory owners are expected to continue importing raw materials via airlines even though the logistics cost is higher.
Read more>>