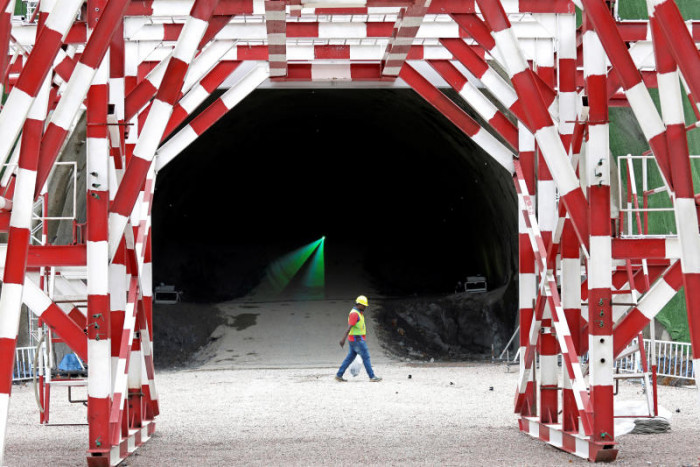 Malaysian government planning to reroute US$10.6 billion rail project
(8 September 2020) Malaysia’s Deputy Transport Minister Hasbi Habibollah stated during a parliamentary session on 8 September that the government plans to reroute the US$10.6 billion East Coast Rail Link (ECRL) back to the original route. The ECRL project was revived in 2019 by the government after having halted the project in 2018, with the project’s budget slashed by a third. The government now plans to return to the original route detailed in 2018 albeit some minor changes around the south of Kuala Lumpur and will negotiate with both the Chinese government and the main contractor, the Malaysian unit of China Communications Construction Co Ltd, to ascertain the cost implications and project schedule. The cost of the project will not return to the higher cost under the original plan.
Read more>>

Chinese restriction on cross-border casino trips threatens Vietnam, Singapore, and the Philippines’ tourism receipts
(7 September 2020) China’s new possible restrictions on cross-border casino trips may threaten casino destinations in Southeast Asia that depend on Chinese tourist spending such as the Philippines, Vietnam, and Singapore. China’s Ministry of Culture and Tourism stated on 26 August 2020, that it would create a blacklist of overseas gambling destinations, but did not specify the locations that would be banned. The announcement mentioned that the locations to be blacklisted were “disrupting China’s outbound travel market and endangering Chinese citizens’ lives and property.” Ever since the blacklist was announced, stocks of companies exposed to the measure were negatively affected in Hong Kong trading. Suncity Group, which is developing a casino resort in Vietnam, lost 10% of its stock value, while Nagacorp, which operates a resort in the Cambodian capital of Phnom Penh, lost 14% of its stock value.
Read more>>

Myanmar to announce winners of solar power plant tenders dominated by Chinese companies
(3 September 2020) The Myanmar government is expected to announce the winners for solar power plant tenders which is reportedly dominated by Chinese companies, ahead of the country’s November elections. A regional news outlet reported that over half of the 155 bids were Chinese companies, with a third of the total bids coming from three companies: Sungrow Power Supply, China Machinery Engineering Corporation and Datang International Power. The tender process has received criticism from foreign embassies and business associations for the tight deadline and other strict conditions. Myanmar’s 2015 master energy plan envisions 57% of its electricity coming from hydropower, 30% from coal, 8% from natural gas and 5% from renewables like solar and wind energy by 2030.
Read more>>

Chinese Embassy in Bangkok rules out early resumption of tourism between China and Thailand
(7 September 2020) A senior official of the Chinese Embassy in Bangkok ruled out the early resumption of tourism between China and Thailand. China has not yet welcomed foreign tourists, while Thailand is unlikely to open for foreign tourists either anytime soon due to its concern of potential import of new COVID-19 cases. According to Yang Xin, minister counsellor and deputy chief of mission at the Chinese Embassy in Thailand, China has recently reopened for domestic tourism, but has not yet welcomed foreign tourists, or urged Chinese people to travel abroad. Thailand has not yet reopened its tourism sector, with plans to only allow 200 long-stay tourists to enter the country in October 2020. Ten million Chinese tourists visited Thailand annually in recent years out of some 40 million every year.
Read more>>