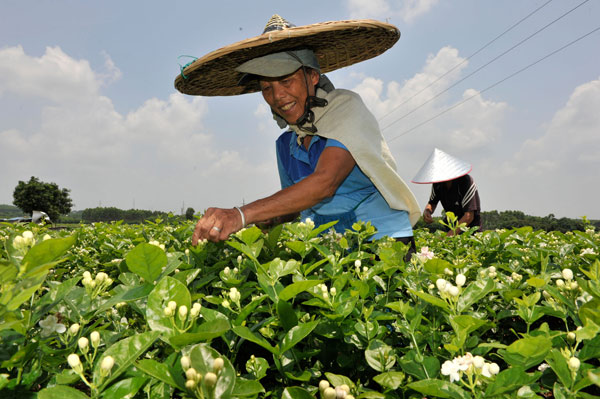 Online trade fair between Vietnam and Guangxi province opens
(21 April 2020) An online trade fair between Vietnam and China’s Guangxi Zhuang Autonomous Region opened on 21 April, according to Guangxi’s commerce department. The three-day event will feature more than 70 kinds of commodities such as nuts, fruits, and seafood. Enterprises from both countries intend to purchase US$86.1 million worth of commodities. Guangxi’s import and export trade volume with Vietnam reached US$24.7 billion in 2019, with Vietnam having been Guangxi’s largest trading partner for 21 consecutive years. Another trade fair with Vietnam is expected to be held in May.
Read more>>

Vietnam’s total exports to China in first quarter of 2020 increases by 24%
(20 April 2020) Vietnam’s total exports to China by value in the first quarter of 2020 reached US$9.3 billion, a 24% increase year-on-year. The export value in March alone reached US$3.9 billion, a 22.3% increase year-on-year. Two groups of export goods, phones and components; and computers, electronic products and components, each achieved export values above US$1 billion. Agricultural products, however, saw a sharp decline within the same quarter. The import of goods from China reached US$16.2 billion, a decrease of US$50 million compared to the same period last year. China was Vietnam’s largest trading partner within the quarter, accounting for 20.8% of Vietnams’ total trade.
Read more>>

Chinese tourists indicate they would like to travel to Thailand sometime in 2020
(21 April 2020) The China Thailand Travel Sentiment Survey 2020 conducted in mid-April found that 53% of Chinese tourists would like to travel sometime this year, with August, October, and December in particular seen as preferred dates to travel. More than two thirds (71%) of these respondents prefer to travel to Thailand, with Bangkok, Phuket, and Chiang Mai ranked as the top three destinations. Chinese tourists totalled almost 11 million in 2019, more than one-fourth of Thailand’s overall 39.8 million international arrivals. A weakening baht vis-a-vis the yuan as well as a resumption of aviation activities in China may encourage a return of Chinese tourists to Thailand.
Read more>>

Thai-listed manufacturing companies may benefit from resumption of economic activities in China
(11 April 2020) At least 45 Thai listed companies in the manufacturing sector will benefit from the resumption of economic activities in China. At the end of 2019, 45 companies in the production sector listed on the Stock Exchange of Thailand were doing business with China, and are to benefit from a resumption of bilateral trade and supply chain activity. Thai exports to China were worth US$29 billion (12% of Thai exports worldwide), while Thai imports from China were worth US$50 billion (worth 21% of total imports). As of 26 March, these listed companies had a total market capitalisation worth US$74 billion (20% of the Stock Exchange of Thailand).
Read more>>