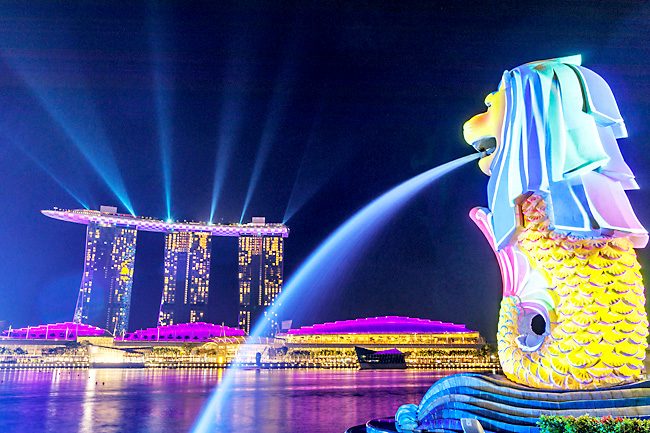 Singapore and China sign landmark 10 agreements in areas ranging from public health and trade
(8 December 2020) Singapore and China signed a landmark 10 deals in areas ranging from public health to trade at the 16th Joint Council for Bilateral Cooperation (JCBC). The year 2020 marks the 30th anniversary of diplomatic ties between both countries. Among the areas covered by the agreements included public health, strengthening cooperation between biomedical companies, cooperation and the exchange of best practices in environmental sustainability, an agreement on trade facilitation and security, and the application of new technologies. Both sides also marked key milestones in government-to-government projects, including the 5th anniversary of the China-Singapore (Chongqing) Demonstration Initiative on Strategic Connectivity (CCI) and the 10th anniversary of the China-Singapore Guangzhou Knowledge City. Singaporean deputy prime minister Heng Swee Keat stated that three areas for further cooperation with China will include connectivity, digitalisation and sustainable development.
Read more>>

China Construction Bank (CCB) granted qualifying full bank license by the Singapore
(8 December 2020) The China Construction Bank (CCB) was granted a qualifying full bank (QFB) license by the Monetary Authority of Singapore (MAS) under the China-Singapore Free Trade Agreement Upgrade Protocol. This is the tenth QFB license granted to a foreign bank by the MAS, and the third QFB license to a Chinese bank. Foreign banks with the QFB license may undertake universal banking and operate a total of 25 locations. The CCB Singapore branch subsequently stated that they would focus on setting up a commodity trade financing centre, an investment banking transaction centre and a fintech innovation centre. The two other Chinese banks in Singapore with the QFB license are the Bank of China and the Industrial and Commercial Bank of China.
Read more>>

China becomes the Philippines’ most important source of FDI since 2017
(9 December 2020) A joint report by the United Overseas Bank (UOB) Ltd. and the Hong Kong University of Science and Technology’s Institute for Emerging Market Studies revealed that China had become the Philippines’ most important source of foreign direct investment (FDI) since 2017, under the first full year in office for current Filipino President Rodrigo Duterte. The Philippines was among the ASEAN countries that benefited the most from new investments related to China’s Belt and Road Initiative in recent years. According to official data, investment pledges by Chinese firms reached US$965.8 million worth in 2018, on top of the US$33.9 million from Hong Kong-based investors. The UOB report noted that the Philippines sought to attract Chinese investors through its visa-on-arrival policy and relaxation of visa policies for Chinese workers.
Read more>>

The Philippines generated over US$462 million export sales in third China International Import Expo
(8 December 2020) The Philippines Department of Trade and Industry (DTI) stated that the Philippines generated over US$462 million in export sales during the third China International Import-Expo (CIIE). The total export sales included US$455.689 million worth of export deals from signings and commitments, as well as US$6.17 million worth of onsite booked sales and business matching activities. The DTI revealed that they exceeded their US$160 million export sales target. The Philippines’ participation in this year’s CIIE featured 40 local companies that showcased a range of tropical fruits, processed fruits and vegetables, healthy snacks, seafood and marine products, and other premium food selections. The DTI revealed that they expect more sales as negotiations and commitments from the event come to fruition in the coming weeks.
Read more>>

Thai real estate developer WHA Corp expect sales to rebound in 2021
(4 December 2020) Thailand’s largest industrial estate developer WHA Corp. said they expected sales to rebound in 2021 due to both the easing of travel restrictions and strong demand from companies seeking to relocate production from China. The developer owns 11 industrial parks across Thailand and saw their demand negatively affected by the COVID-19 outbreak. WHA Corp. is expected to benefit from the trend of global manufacturing shifting away from China due to the pandemic, demand for new supply chains, and a tightening labour market in China. WHA Corp.’s land sales plunged by 78% in the nine months through September 2020 from the same period in 2019.
Read more>>