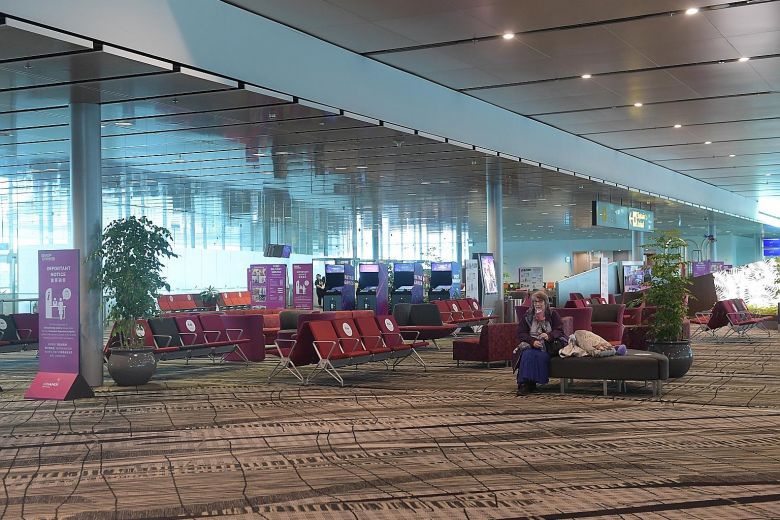 Singapore-China green lane leads to slight increase in passenger numbers at Changi Airport
(21 July 2020) The opening of the Singapore-China green lane and the restarting of transit flights helped to increase passenger numbers at Changi Airport in June, but only by a small margin. Data released by Changi Airport Group (CAG) on 20 July showed that the number of passengers at 48,200 was still 99.2% lower than what it was in the same period in 2019. The Singapore Airlines (SIA) Group reported a similar fall in passenger numbers, with the 17,700 passengers it carried in June equivalent to a 99.5% drop from 2019. CAG told a local news outlet that it has handled more than 10,000 transit passenger movements since the gradual reopening to transit flights on 2 June but noted the numbers remain very low compared to pre-pandemic levels. Currently, only flights by the SIA Group, comprising SIA, SilkAir and Scoot, from selected cities are allowed to transit at Changi..
Read more>>

China, Singapore pledge to safeguard smooth supply chain, trade amid pandemic
(28 July 2020) Officials from China and Singapore have pledged to maintain a smooth supply chain and trade amid the COVID-19 pandemic. During a minister-level video conference held between China’s National Development and Reform Commission and Singapore’s Ministry of Trade and Industry on 28 July, both sides emphasised cooperation under the Belt and Road Initiative. The two sides expressed confidence that their third-party market cooperation has been running smoothly and provided a list of the first batch of major projects under such cooperation. They also discussed strengthening bilateral cooperation in infrastructure and finance.
Read more>>

Bridge beams installation on railway’s two Mekong River crossings completed
(21 July 2020) The task of beam setting on two bridges that cross the Mekong River in northern Luang Prabang province has been completed by China Railway No. 8 Engineering Group (CREC-8). The two bridges form part of the Laos-China Railway construction project. The Laos-China Railway crosses the Mekong River twice with passenger trains that will travel at around 160 km per hour with freight making its way past at 120 km per hour. Construction of the bridges is currently ongoing. The Laos-China Railway is a strategic docking project between the China-proposed Belt and Road Initiative and Laos’ strategy to convert from a landlocked country to a land-linked hub. The railway is scheduled for completion at the end of 2021 and will be the first rail route linking Laos to China’s network.
Read more>>

Cambodia and China conclude FTA negotiations
(22 July 2020) Cambodia and China officially concluded negotiations on the establishment of a free trade agreement (FTA), after half a year, on 20 July 2020. Cambodian Minister of Commerce, Pan Sorasak and his Chinese counterpart, Zhong Shan made the official announcement on the conclusion of the FTA negotiations via video conference. The FTA is expected to bring many economic and social benefits to the people of the two countries through the liberalisation of trade in goods and services, the promotion of comprehensive investment, as well as cooperation in a number of areas. For the next step, both sides will implement their respective internal procedures leading to the signing of the bilateral FTA this year.
Read more>>