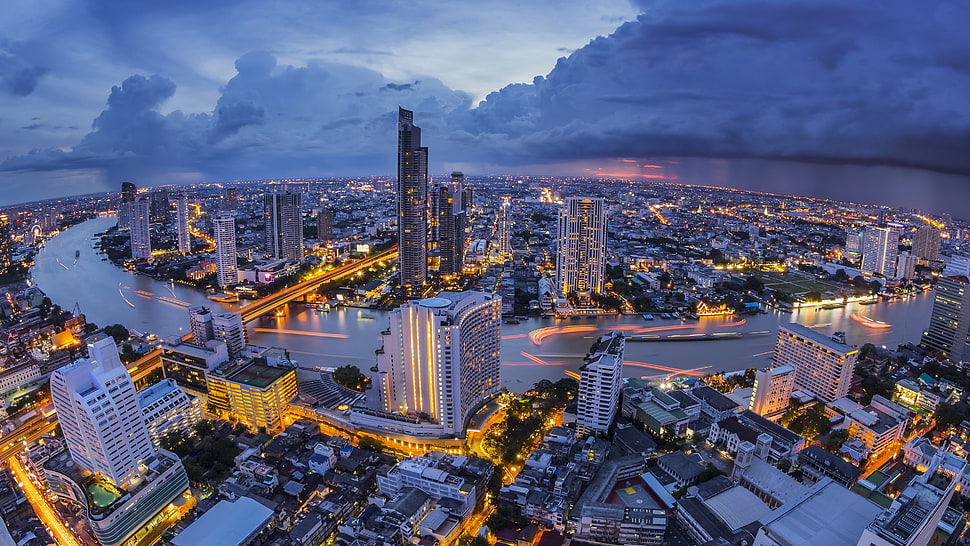 Thailand’s condominium sector expected to face 10-year low due to shortage of Chinese buyers
(24 March 2020) Condominium sales in Thailand are expected to be below 35% in the first quarter of 2020, which would be its lowest in 10 years, according to a global real estate firm. On average, sales for new units per quarter is normally between 50% and 55%. The downward trend in condominium sales continued from 2019 when the Thai real estate sector was affected by a stronger baht, weaker yuan, the slowing Chinese economy and an underperforming Thai economy amid a global slowdown. The real estate sector accounts for 6% of Thailand’s GDP, according to an economic think tank. Foreign buyers accounted for 14% of condominium purchases in 2019, with Chinese buyers accounting for around 60%-70%. The real estate sector has been adversely affected by travel restrictions imposed by Beijing since the beginning of the outbreak in January, as well as the subsequent economic slowdown caused by lockdowns imposed in several Chinese cities. However, a property portal believed that there would be a sharp rise in purchases once the COVID-19 outbreak settles down.
Read more>>

Malaysia’s Ministry of Health receives medical supplies from China’s CCC-ECRL
(24 March 2020) The main contractor of the East Coast Rail Link (ECRL) project, Communications Construction Sdn Bhd (CCC-ECRL) donated medical supplies to Malaysia’s Ministry of Health (MOH) to assist the country in its fight against the COVID-19 pandemic. The medical supplies, to be used by 26 hospitals, particularly in the treatment of COVID-19 cases, consist of 3,000 N95 face masks; 2,000 KN90 face masks; 20,000 surgical masks and 1,200 medical protective glasses. Meanwhile, Malaysia’s Transport Ministry stated that the country has directly purchased some 10 million face masks from China due to the fact that local manufacturers were unable to meet demand. The Ministry of Domestic Trade and Consumer Affairs had recently banned the export of face masks and also rescinded the sales tax and import duties for the import of face masks.
Read more>>

Myanmar resumes exports of around 50,000 bags of rice to China at border
(23 March 2020) Myanmar has resumed its exports of rice to China at the Muse 105th mile border crossing at the Myanmar-China border. The country is reportedly exporting around 50,000 bags of rice to China via Muse daily. Trade flows were suspended on 7 January due to the COVID-19 outbreak in China. As of 21 February of the 2019/2020 fiscal year, Myanmar exported over 1.29 million tonnes of rice worth US$373.35 million. Exports to China during that period reached more than 320,000 tonnes, worth US$97 million, and accounted for 36% of total rice exports. During the five months of the current fiscal year, Myanmar exported 178,000 tonnes of rice and broken rice worth nearly US$47 million via border trade, accounting for 13% of total exports.
Read more>>

China ships medical equipment including test kits and face masks to Indonesia
(24 March 2020) The Chinese government has shipped much-needed medical equipment from Shanghai to Indonesia to help with the COVID-19 outbreak, with the shipment including test kits, face masks, protective gear and portable ventilators. Indonesian President Joko Widodo had previously stated that the government had received complaints of medical equipment shortages, and that the Indonesian military had been flying military aircraft to China to transport medical kits back. China had also donated 10,000 COVID-19 test kits and surgical masks to the Philippines on 21 March. Other medical equipment provided included 100,000 test kits, 10,000 personal protective equipment, 100,000 surgical masks and 10,000 N95 masks. The Philippines Foreign Secretary Teodoro Locsin stated that China’s shipment of medical supplies comes amidst a low supply of COVID-19 test kits. The main island of Luzon is currently on an enforced lockdown ordered by President Duterte on 12 March.
Read more>>

Myanmar receives US$6.7 million from China under LMC Special Fund
(24 March 2020) Myanmar received over US$6.7 million from China under the Lancang-Mekong Cooperation (LMC) Special Fund on 23 March. The fund will be used for 22 projects in several areas including agriculture, education, and information and communications technology. During the ceremony on the agreement of the transfer of the fund, Chinese ambassador to Myanmar Chen Hai said that China and Myanmar will act as co-chairs of the LMC in 2020. The agreement for the first batch of projects under the LMC Special Fund for Myanmar, worth US$2.4 million was signed in January 2018 to aid 10 projects. China initiated the LMC Special Fund during the first LMC leaders’ meeting in March 2016 with the aim of supporting the small and medium-sized cooperation projects put forward by the six Lancang-Mekong countries. The six Lancang-Mekong countries consist of China, Cambodia, Laos, Myanmar, Vietnam and Thailand.
Read more>>