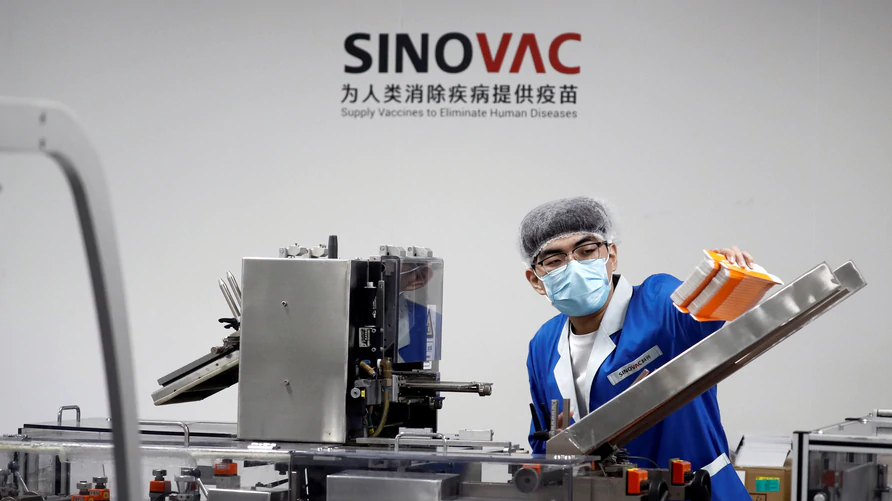 The Philippines to sign deal for 25 million doses of Sinovac COVID-19 vaccine
(14 December 2020) The Philippines aims to finalise negotiations with Sinovac Biotech this week to acquire 25 million doses of the company’s COVID-19 vaccine for delivery by March 2021, a coronavirus taskforce official said on 14 December. President Rodrigo Duterte wants to inoculate all his country’s 108 million people, preferably buying vaccines from China or Russia. According to the country’s vaccine chief Carlito Galvez, officials had met with Sinovac representatives on 11 December and there would be another meeting this week to finalise a deal. “We have already conveyed to them our needs, 25 million for 2021,” Galvez said. The Philippines’ drugs agency is currently evaluating Sinovac’s plan to conduct a Phase 3 clinical trial in the country. In November 2020, Philippine companies signed a deal for 2.6 million shots of a COVID-19 vaccine developed by AstraZeneca for delivery in May or June 2021.
Read more>>

Laos signs agreement with Laos-China Railway Co to develop areas around stations
(14 December 2020) The Lao government has signed a Memorandum of Understanding on 11 December with Laos-China Railway Co., Ltd. on the development of areas surrounding railway stations in the capital and Oudomxay, Vientiane and Luang Prabang provinces, with the aim of fostering industry and logistics. The agreement was signed in Vientiane between deputy minister of planning and investment, Khamchan Vongsenboun, general manager of Laos-China Railway Company, Xiao Qianwen, and representatives of the four areas concerned. According to Xiao, as of 10 December, work on the tunnel railroad, tunnels, and bridges was around 95.0% complete, while railroad tracks and buildings were 41.3% complete. The Laos-China railway is scheduled to be completed and open for use in December 2021.
Read more>>

Indonesia receives first batch of Sinovac COVID-19 vaccines
(7 December 2020) Indonesia received the first batch of COVID-19 vaccines ordered from China’s Sinovac Biotech on 6 December. The first batch totalled 1.2 million doses with the government expecting to receive another shipment of 1.8 million doses in early January 2021, according to President Joko Widodo. Sinovac will also ship raw material for 45 million doses, which Indonesia’s state pharmaceutical firm PT Bio Farma will process locally. Apart from Sinovac, the Indonesian government has orders with at least three other vaccine suppliers, including AstraZeneca Plc, whose vaccines are in late-stage trials. Indonesia has the highest number of cases in Southeast Asia at more than half a million, and more than 17,000 fatalities. In November 2020, finance minister Sri Mulyani Indrawati said the government aims to provide free vaccination for as many as 120 million Indonesians at a cost equivalent to 0.5%-1.0% of GDP through 2022.
Read more>>