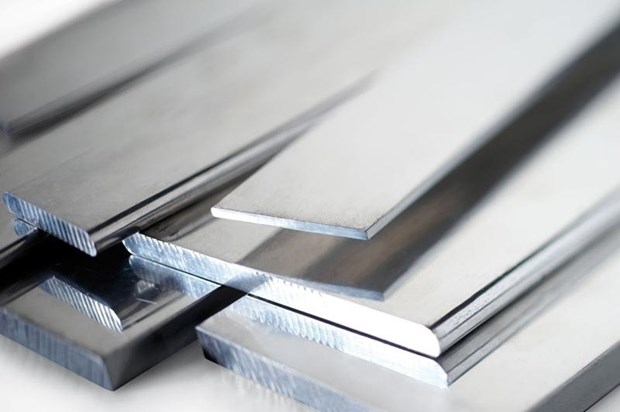 Thailand’s largest mobile operator partners up with Huawei for 5G
(3 October 2019) The Vietnamese Ministry of Industry and Trade announced last week that it has imposed anti-dumping duties on aluminium products from 16 Chinese manufacturers. Furthermore, six of these producers will face the highest anti-dumping rate of 35.58%, eight will face duties of between 18.16% and 35.39%, while two others will face duties of under 10%. The new duties, which took effect on September 28 and will last for five years, come just months after Vietnam levied anti-dumping duties on certain Chinese steel products. Vietnam’s trade deficit with China widened to US$25.11 billion in the first eight months of 2019.
Read more>>

Cambodia’s rice export to China up 44% in first three quarters of 2019
(3 October 2019) Cambodia’s exports of milled rice to China in the first three quarters of 2019 grew 44% on the year totalling 157,793 tonnes. With this, China remained Cambodia’s top rice export destination, with exports to China accounting for 39.6% of the country’s total rice exports. Conversely, Cambodia’s exports to the EU fell by 30% during the period, largely due to the EU’s imposition of rice safeguard duties on Cambodian rice imports. Nevertheless, Cambodia’s total rice exports grew by 2.3% year-on-year in the first nine months of 2019.
Read more>>

Chinese tourists visiting Cambodia up 33% in first 8 months of 2019
(8 October 2019) Cambodia received 1.7 million Chinese visitors in the first eight months of 2019, representing 33% year-on-year growth. With this, China remained Cambodia’s leading source of foreign visitors, with Chinese visitors representing 39% of the country’s total 4.36 million foreign arrivals during the period. According to Cambodian tourism minister Thong Khon, the country hopes to attract 2.6 million Chinese visitors this year, three million next year, five million in 2025 and up to eight million by 2030.
Read more>>

Chinese investment in ASEAN startups totalled US$1.78 billion in first seven months of 2019
(6 October 2019) ASEAN technology companies received US$1.78 billion in investments from Chinese firms in the first seven months of 2019, representing an eightfold increase year-on-year. According to analysts, this growth is largely due to a lack of investment opportunities in China, and growing opportunities in Southeast Asia’s maturing digital economy. Among the year’s major deals include Chinese social network YY’s US$1.45 billion acquisition of Singaporean live-streaming startup Bigo, JD.com’s US$19 million investment in Thai fashion firm Pomelo, and AirAsia and Gobi Partners’ US$10.6 million investment in Malaysia’s EasyParcel.
Read more>>

China investments into ASEAN doubles in first half of 2019
(4 October 2019) Chinese investment in ASEAN rebounded to US$11 billion in the first half of 2019, double the amount from the six months prior, according to data from a regional bank. Funds flowing into Indonesia, Cambodia, Singapore and Vietnam led this year’s rebound. All in all, projects in ASEAN accounted for 35% of all Belt and Road Initiative projects between 2014 and 2018, with Malaysia leading the way with 7.2% of investments worth US$27.5 billion.
Read more>>