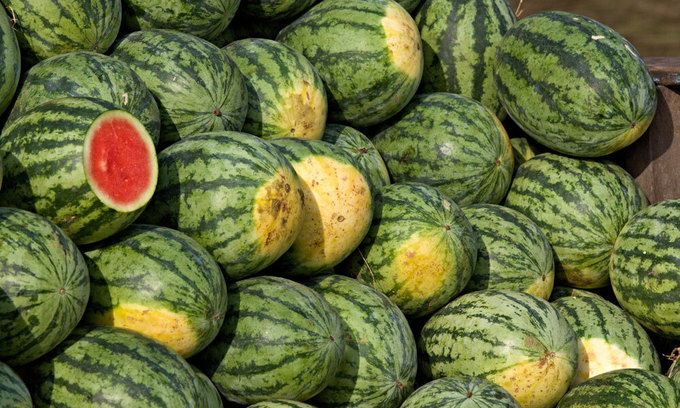 Vietnamese fruit exports to China plunge 13.7% y-o-y
(11 December 2019) The value of fruit exports from Vietnam to China recorded a 13.7% year-on-year fall to US$2.08 billion from January to November following tighter import restrictions enforced by China which took effect on May 1 this year. Vietnam’s coconut exports fell the most at 34.9%, followed by watermelon exports which fell by 24.6%. Nevertheless, the fall in exports to China was offset by exports of the same to the US, South Korea and Japan — leading to a mere 0.6% year-on-year fall in total exports to US$3.5 billion during the period.
Read more>>

Vietnam’s cashew nut exports to China rise by 58.0% y-o-y from January-October
(16 December 2019) Exports of Vietnamese cashew nuts to China recorded a 58.0% year-on-year rise in volume totalling over 58,100 tonnes and a 36.3% year-on-year rise in value totalling US$447.2 million from January to October 2019, despite the fall in exports of other agricultural products due to stricter controls on the Chinese side. This sets Vietnam on track to meet its 2019 cashew nut export target of 450,000 tonnes in volume and US$3.5 billion in value. The country’s exports of farm, forestry and aquatic products grew 3.6% to US$37.3 billion during the period.
Read more>>

Myanmar pineapple growers call for official export channels to China
(16 December 2019) Pineapple growers in Myanmar are calling for the government to establish official export channels to sell their produce to China following the Chinese government’s ban on imports of pineapple and avocados from Myanmar this year. According to an industry association, the ban led to local growers losing US$458 million as they were unable to sell around 24,800 tonnes of their produce from the previous harvest season. As such, they hope for a remedy soon before the next pineapple season comes around in six months.
Read more>>

High-end apartments in Singapore attract Chinese buyers
(17 December 2019) Sales of high-end apartment units in Singapore priced at above US$3.69 million (S$5 million) to Chinese buyers almost doubled in the third quarter of 2019 to 40 units, up from 21 units in the same quarter of 2018. However, sales of mid-tier units priced between US$2.21 million (S$3 million) to US$3.69 million (S$5 million) fell by 63%. According to analysts, the fall could be due to the availability of cheaper alternatives in Southeast Asia, such as in Malaysia or Thailand, which are also popular destinations for Chinese tourists.
Read more>>

Startup raises Series A to bring Chinese brands to Southeast Asia
(16 December 2019) Intrepid Group, an e-commerce consultancy that focuses on helping Chinese brands penetrate the Southeast Asian e-commerce market, has raised an undisclosed sum for its Series A. The Singapore-based startup is noteworthy because the company is founded and headed by Charles Debonneuil, who previously co-founded Lazada Group. The company is expected to use the funding to expand its fleet of Chinese-speaking local teams in Southeast Asian markets such as Indonesia, the Philippines, Singapore, Vietnam, Thailand and Malaysia.
Read more>>