More regulations to improve investment climate
The government’s push for a better investment climate has seen DI growing at a doubledigit pace in each of the past five quarters, with the share of new projects rising to 80- 83% in 2017-1Q18 from 63-70% in 2013-2014. The drive to spur more investment continued with recently issued regulations to simplify the tax holiday requirement and application process for investments worth at least Rp500bn (MOF Regulation No.35 of Year 2018), as well as a simpler application process for skilled foreign workers (Presidential Regulation No.20 of Year 2018).

Inflation rate to remain under control
BI did not highlight inflation pressure as a domestic risk. Policy adjustments, like the coal price cap at US$70 per metric tonne and the imposition of an approval process to raise non-subsidised fuel prices, have reduced upward price pressures and hence inflation expectations remain stable. 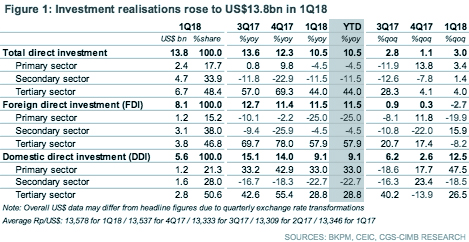 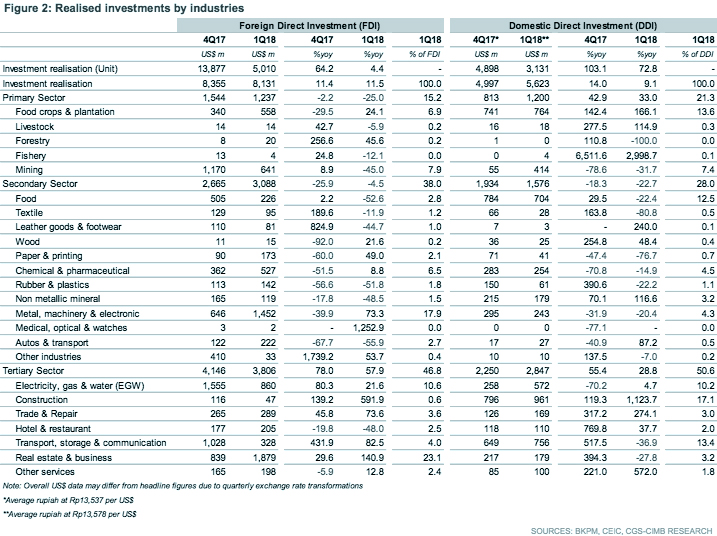 Originally published by CIMB Research and Economics on 2 May 2018.