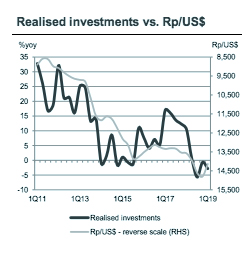 DI in the tertiary sector continued to outperform
DI in the tertiary sector (+24% yoy in 1Q19 vs. +14% yoy in 4Q18) continued to outperform, led by sectors related to the government’s infrastructure focus, such as transport, storage & communication, electricity, gas & water supply as well as construction. DI in the agriculture, mining and manufacturing sectors declined. Capital outlays in ex-Java gained 8% yoy, as opposed to a 10% yoy decline in Java.

Policy continuity to spur confidence and investment
While base effects could be at play as realised investments reached record highs in 1Q18, we think 1Q19 readings were also affected by investors taking a wait-and-see approach ahead of the presidential election in April. Based on unofficial results, Jokowi is likely to be re-elected for a second term, implying that National Strategic Projects will continue and more reforms rolled out to improve the investment climate. We think this should boost business confidence and expect investments to pick up in the next quarter. 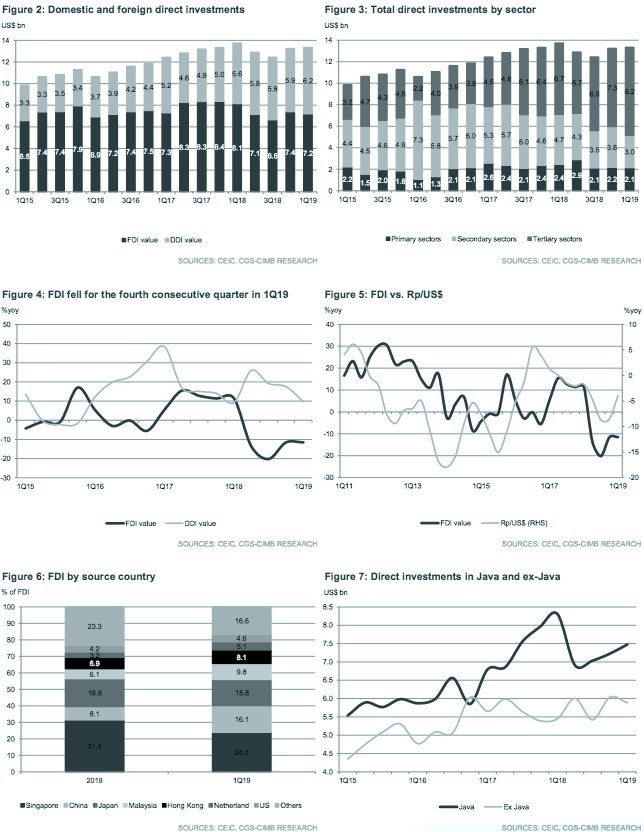 Originally published by CIMB Research and Economics on 3 May 2019.