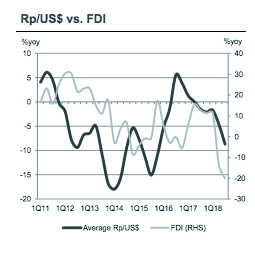 We expect 3Q18 real GDP to expand 5.2% yoy
Declining FDI implies a shortage of stable, long-term sources of financing to fund the country’s current account deficit (CAD). Furthermore, it increases the country’s reliance on portfolio flows to bridge the savings-investment gap at a time of tightening global trade and liquidity conditions, and is a continuing source of pressure on the rupiah, which plays a shock absorber during periods of external funding shortfalls. To ease the pressure on the rupiah, the government has introduced several import-reduction measures to curb the CAD, with the postponement of import-intensive projects among the more effective, in our view. Falling direct investments and the project delays present some downside risk to the growth outlook. We expect real GDP to expand 5.2% yoy in 3Q18. 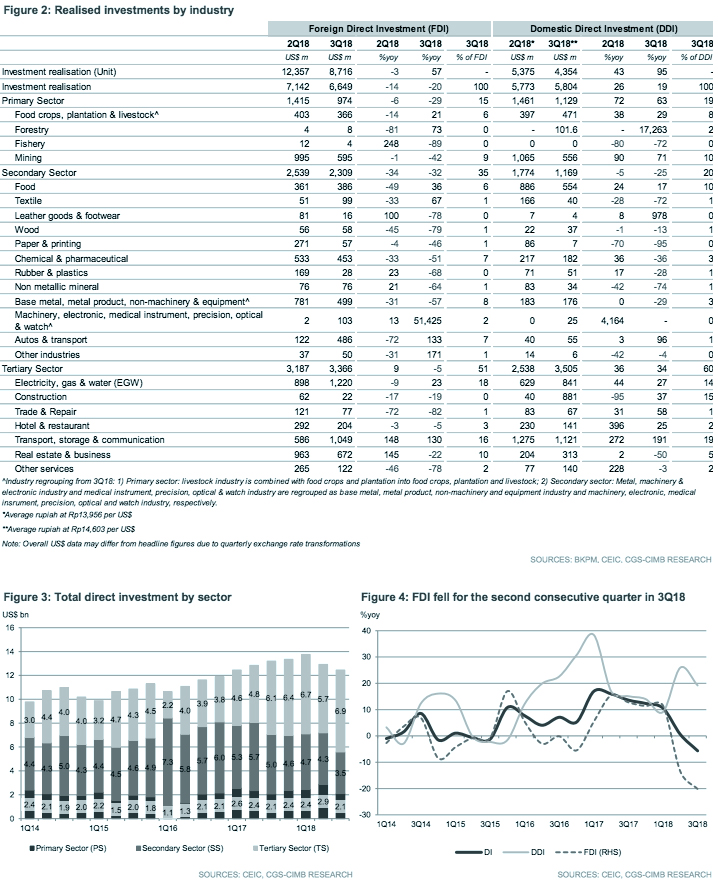 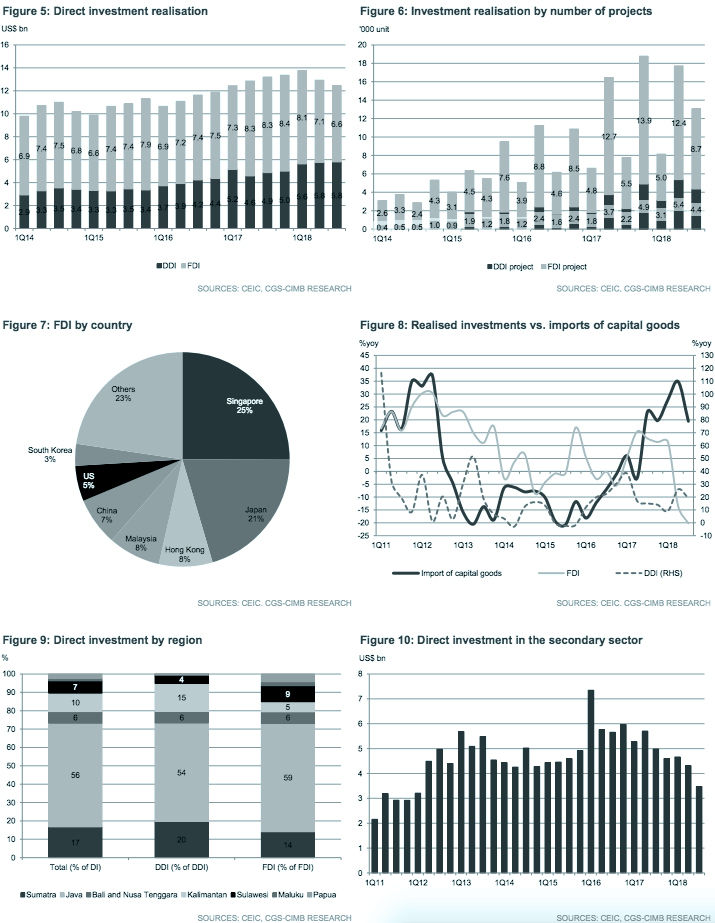 Originally published by CIMB Research and Economics on 31 October 2018.