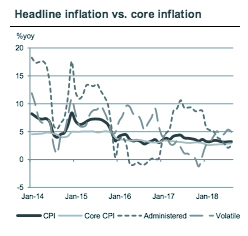 …offset higher education inflation
Excluding volatile and administered price items, core CPI rose 0.3% mom (+0.4% mom in July), led mainly by higher costs of education (+1.6% mom in August vs. +1.3% mom in July) as well as courses & training (+0.8% mom vs. +0.7% mom in July). Historically, education costs tend to increase in July-September, with the pace of increase peaking in August, in conjunction with the start of a new school year (see Fig 5).

Slight moderation in wholesale inflation
Rupiah has depreciated by 8% YTD against the US$. Nevertheless, it has yet to significantly affect consumer prices so far, partly driven by the government’s commitment to keep fuel prices unchanged despite rising oil prices and weakening currency. NonO&G wholesale inflation eased slightly to +4.2% yoy in August after an acceleration in July (+4.3% yoy in July vs. +3.5% yoy in Jun) amid a slower increase in agriculture WPI (+1.8% yoy vs. +2.1% yoy in July) and manufacturing WPI (+4.1% yoy vs. +4.2% yoy in July).

No change to our 2018 inflation forecast of 3.4%
Given that the monthly headline inflation reading has undershot our expectations for four months now, we see some downside risks to our inflation forecast of 3.4%. Nonetheless, we retain our forecast, taking into consideration of a potential cost pass-through from a weaker rupiah. According to the purchasing managers’ survey by Markit, input cost pressure intensified as a result of the weaker currency, which led to firms raising output charges to pass on their higher cost burden. Indonesia’s manufacturing PMI rose to 51.9 in August from 50.5 in July, as purchasing activity and output increased on the back of rising new orders led by domestic demand. Higher manufacturing activity, if accompanied by higher imports, could exert pressure on current account deficit. As downside pressure on rupiah lingers, monetary policy remains tilted towards tightening bias. However, rather than relying solely on the blunt interest rate tool, which has shown limited success in propping up the rupiah amid rising external and contagion risks, policymakers have recently considered several administrative measures such as 1) B20 biodiesel initiative to reduce O&G trade deficit, 2) plans to restrict certain imports, and 3) sequencing of imports by asking importers to provide details of shipping plans for certain goods, to curb balance of payment risks. As more measures are forthcoming, we expect Bank Indonesia to keep policy rate unchanged at 5.50% at the next meeting on 26-27 September. 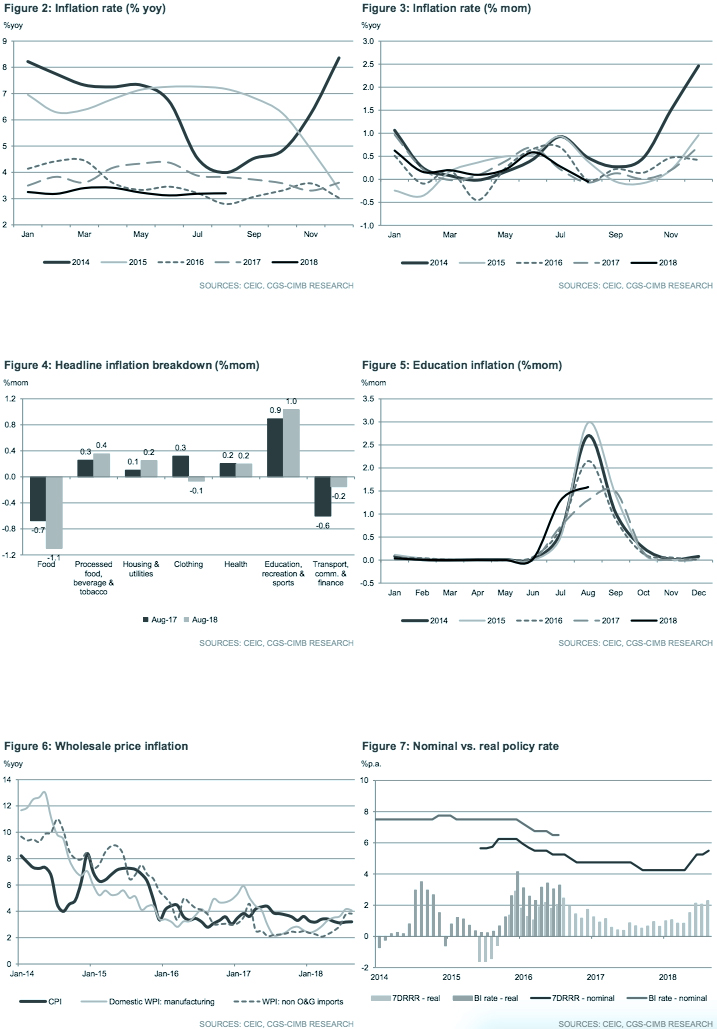 Originally published by CIMB Research and Economics on 3 September 2018.