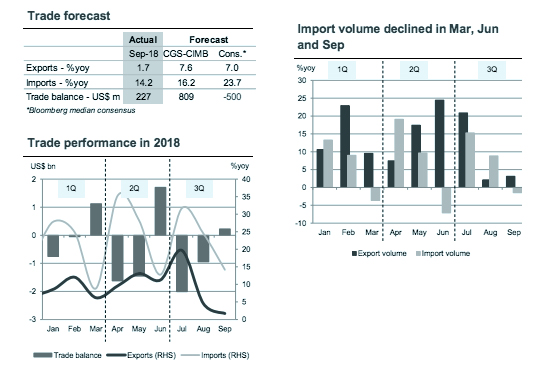 The rebound in September’s trade balance…
The trade balance rebounded to a surplus of US$227m in September (-US$994m in August), supported by a wider non-O&G trade surplus (+US$1.3bn vs. +US$667m in August) and a smaller O&G trade deficit (-US$1.1bn vs. –US$1.6bn in August). The turnaround was in line with our expectation (albeit weaker than expected) as well as the trend observed in 1H18.

… tracks the trend of goods surpluses in March and June
In 2018, the trade balance has tended to rebound in the final month of each quarter on the back of more subdued import growth (+14.2% yoy in September vs. +24.5% yoy in August). This trend may indicate that authorities are actively managing downside risks to the quarterly current account. Nonetheless, given that export growth in September was weakerthan-expected (+1.7% yoy in September vs. +4.5% yoy in August), the trade surplus recorded in September was considerably lower than in March and June.

Commodities the key drag on underperforming exports
The regulation by Ministry of Energy and Mineral Resources requiring all O&G producers to sell crude oil to Pertamina may have been the reason for the decline in O&G export and import volumes. Weaker aggregate export prices (-1.4% yoy in September vs. +2.4% yoy in August), particularly from lower palm oil and rubber prices, offset stronger export volumes (+3.1% yoy vs. +2.1% yoy in August) from the non O&G segment, sending overall export growth to a 15-month low. 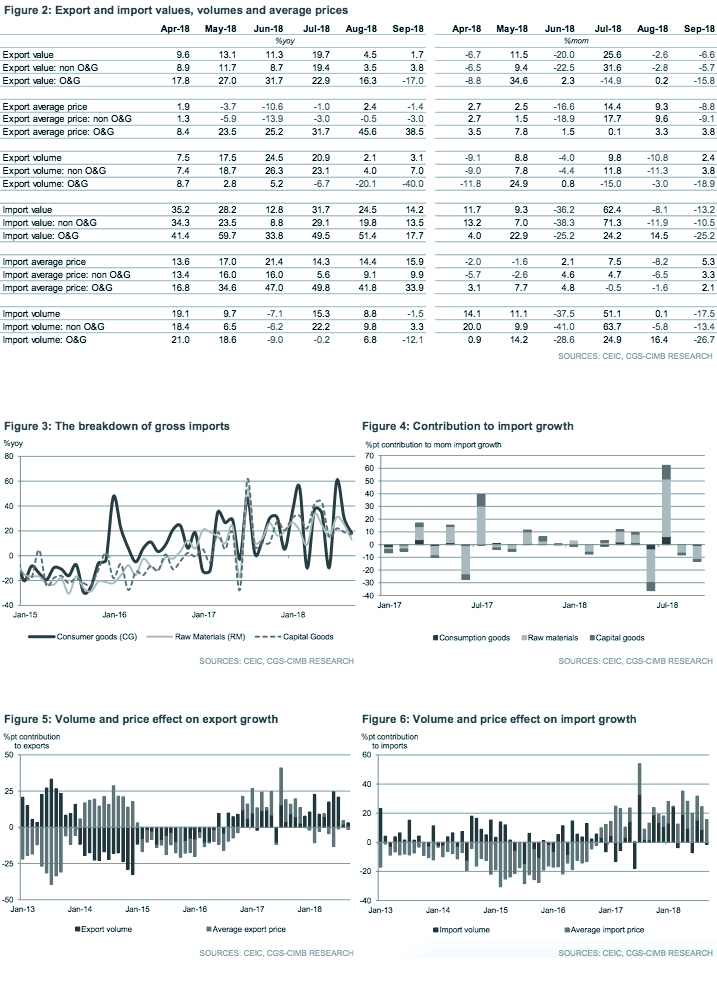 Originally published by CIMB Research and Economics on 15 October 2018.