Lessons of Greek drama for ASEAN 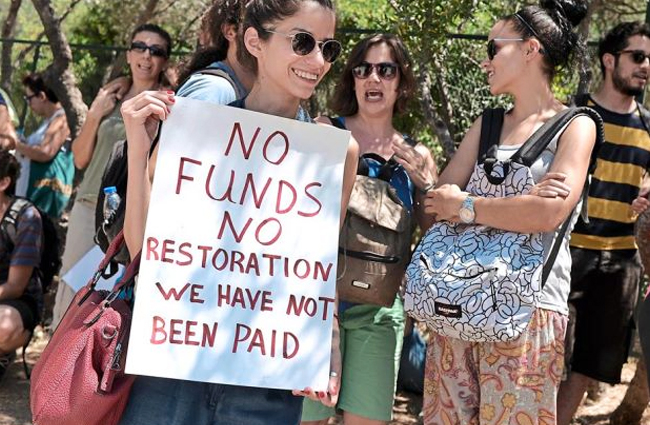 EUROPE has been glued to the Grexit television screen for the longest time. Going on and on for at least five years, each episode of whether Greece will remain in the eurozone or not has run longer than the longest Tamil movie of yore (although we have our own MIC version, with 1MDB trying to play catch-up).

What are the lessons for Asean of the EU’s Greek tragedy?

No doubt the first thing that will trip out is: Thank God we do not have a common currency. However, this is only the tip of the iceberg. Beneath the surface there are deep issues involved, so many currents, cross-currents and counter-currents in the management of regional integration.

I will highlight three of the more profound: fiscal discipline; national sovereignty; and community negotiation process.

Fiscal discipline is actually easy to define, but so difficult to uphold when the freewheeling genie has been out of the bottle for so long with no inclination of coming back in. Under the EU’s Stability Growth Pact government deficit has to be not more than 3% of GDP and debt 60%, something characterised more in the violation than the adherence. Nothing has been done about this for years.

In the case of Greece over the last five years they were supposed to be brought down, but the numbers for the fiscal deficit went up again and the country is up to its ears in debt, coming to 200% of GDP after averaging an already unsustainable 177%.

The other side of the austerity equation is unemployment which has hit 25.6%. (Unemployment in Indonesia as a result of the 1997-98 Asian Financial Crisis was 30%; lowest European unemployment is in Germany at 4.7%).

Youth unemployment in Greece stands at 60%. The Greek economy has shrunk by 25% since the first IMF aid package in 2010. The government and people are saying they cannot take any more, but the creditors – on whom the Greeks are dependent for more bailout and interest servicing packages like an opiate – are saying not enough has been done in a sustained fashion to bring debt and the deficit down.

The Greeks have been used to many things which the creditors now insist on taking away from them. You cannot live beyond your means forever. The chicken is coming home to roost.

From the seven main points of the agreement reached on the night of July 13 for a new bailout package of 86 billion euros, it is clear Greece is now being pushed right against the wall – including what many in the country declare to be violation of its sovereignty.

While certain requirements such as cutting pension spending and increasing revenue, through seamless imposition of the top VAT rate of 23% for instance, might be considered par for the course in these bailout situations, the insistence on the transfer of up to 50 billion euros of “valuable Greek assets” to a new independently managed fund, as a form of collateral, was felt by Greeks to be rubbing their noses in the dirt.

Sovereignty, what sovereignty? If Greece wants to remain in the euro and needs all the bailout money, including money to service existing bailout funds, has the country got any alternative?

The Greek prime minister may quote Paul Krugman on the pain and damage all the austerity requirements are causing the economy, or even appeal to a European sense of history by comparing them to the punitive terms of the Peace of Versailles in 1919 (which historians assert were the root cause of the Second World War as Germany struck back to wipe off the shame), but has he got any other option?

If you need the money, what can you do? South-East Asians may remember that picture in 1998 of the then IMF managing director Michel Camdessus standing over the cowed former Indonesian President Suharto, as he signed away Indonesian macroeconomic sovereignty. From profligacy, it might be said, to loss of an important part of national sovereignty.

In the negotiation of the new Greek bailout deal this month – which still may undergo many twists and turns – a feature has been the predominance of Germany in the EU and in the eurozone (comprising 19 of the 28 members of the EU). It is after all the largest creditor nation and economy. If pretence was set aside, it is also the most powerful country in Europe (which arrangements at the end of the Second World War were intended to avoid – but that is a different story).

Every member country has a veto of course, but in negotiating the outline and details of the rescue package for Greece, Germany has led the way all this while and its commitment is indispensable, however much the French try to give the impression of having an eminent role as well.

So, how do we look at it all from an Asean perspective? The first instinct – thank God we do not have a single currency – is of course to be expected. But the thinking on what has been happening in Europe and on how relevant it is to Asean should not end there.

We do have big states and small states. We may say our negotiating and decision-making processes are different – and national sovereignty is untouchable. But this is too pat and shallow. The process of community-building is moving ahead. The voice of bigger countries does carry greater weight. However if it is in the service of what is good for the larger whole, there is not much to be afraid of.

The changeable predispositions of member states, however, have to be managed. Indeed, what a significant member state DOES NOT DO also affects Asean – as is the case now with the growing uncomfortable feeling that Indonesia under President Jokowi is not so enamoured of the regional grouping.

Indonesia therefore is critical to Asean. What and how it thinks, what happens in that country, have Asean impact. Thus engagement, with Indonesia particularly but also among all member countries, is most important. Asean needs, at this stage of its development, to have a Minister for Asean Affairs in each member country. The prospects and challenges need to be a focus in every national administration.

With respect to economic management, while there is no single currency, there are threats to ALL Asean economies of mismanagement in ONE, especially a significant economy. Contagion is always a risk. With increased intra-regional trade (although now only a quarter of the total trade), there will be knock-on effects across the region.

Importantly – let us not forget – we are talking of Asean as a region, one single economy, with the prospect of the most promising growth in consumer demand and economic size (coming up to 4th in the world by 2050). Asean as an asset class. With the herd instincts of markets, reverse flows caused by fear of contagion can quickly develop into a regional crisis.

While global arrangements such as with the IMF remain, let us also not forget we have an untested multilateral currency swap system that includes three East Asian partner countries to address potential and actual balance of payments and short-term liquidity difficulties – the Chiang Mai Initiative Multilateralisation (CMIM). The US$240bil fund is 20% Asean and 80% China, Japan and South Korea. The commitments from each country are really promissory notes, and a country in difficulty can draw up to 2.5 times its committed amount.

Will the support always be forthcoming? Will political differences not get in the way?

Not to mention an assessment of whether the country facing difficulty has exercised fiscal discipline in the management of its economy. The CMIM has an institution, AMRO (Asean+3 Macroeconomic Research Office), to monitor and analyse regional economies in support of its decision-making process.

The central bank governors deciding on requests for support will also rely on AMRO reports and input, and there could be conditions attached to such support, whether the 6-month Breaking Line or the One-year Stability Facility. There could be expectation, frustration, anger and discord.

There are therefore nascent possibilities and challenges which should concentrate Asean minds as they consider the Greek drama in the EU’s eurozone beyond “Thank God, we do not have a single currency, and never should have.” We cannot be immunised from the unintended and unanticipated consequences of community-building. We have to have the institutions and imagination to manage them.