Loong on China | China and Myanmar – Friends with benefits 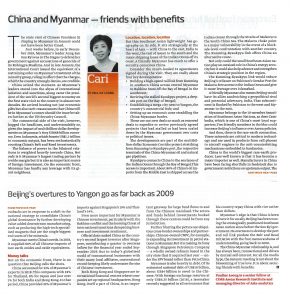 The state visit of Chinese President Xi Jinping to Myanmar in January could not have been better timed.

Just weeks before, Myanmar’s leader Aung San Suu Kyi was at The Hague to defend her government against accusations of genocide of its Rohingya Muslims. And weeks later, the International Court would be issuing the equivalent of a restraining order on Myanmar’s treatment of the minority group – ruling in effect that the charges, which Myanmar strongly denies, are credible.

China seized the moment. As Myanmar’s leaders stared into the abyss of international isolation and sanctions, along came the president of the world’s second-biggest economy on the first state visit to the country in almost two decades. He arrived bearing not just economic gifts but also tacit reassurances that China will be in Myanmar’s corner should the issue be taken further at the United Nation’s Security Council.

The commercial side of the visit, however, hogged the headlines – understandably so given the impact of multi-billion dollar developments on Myanmar’s tiny $68 billion economy. Even Indonesia, which boasts $1.1 trillion in economic output, has been enthusiastically courting China’s Belt-Road investments.

The balance of power in the bilateral relationship is weighted heavily towards China. Not only is it Myanmar’s largest trading partner by a wide margin, it is also an important source of foreign investment. On the economic front, Myanmar has hardly any leverage with its giant neighbour.

But this Southeast Asian lightweight has geography on its side.

Myanmar sits strategically at the heart of Asia – with China to the east, India to the west, the rest of ASEAN to the south, and the major shipping lanes of the Indian Ocean off its coast. A friendly Myanmar has much to offer a security-conscious China.

Consider the much-lauded 33 agreements signed during the visit. They are really about four key developments:

These are not new deals so much as renewed deals to expedite or revive previously agreed projects that had stalled or had been scaled down by the Myanmar government over costs or political issues.

The developments are part of the multi-billion-dollar Economic Corridor project stretching from the Chinese city of Kunming to Myanmar’s Kyaukpyu port, the respective terminals of the China-Myanmar oil and natural gas pipelines. 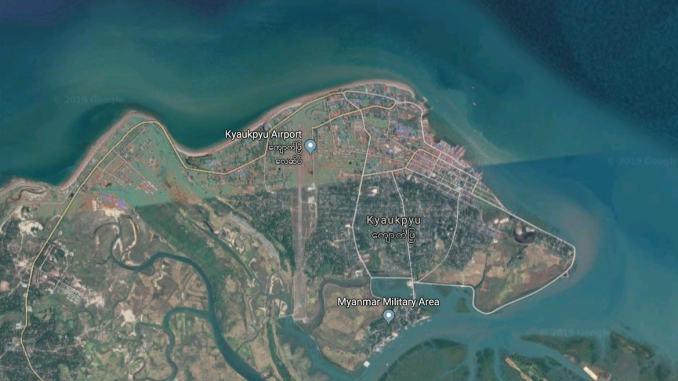 Kyaukpyu connects China to the sea lanes of the Indian Ocean through the Bay of Bengal. This access is important. About 80% of China’s oil imports from the Middle East is shipped across the Indian Ocean through the Strait of Malacca to the South China Sea. The Malacca chokepoint is a major vulnerability in the event of a blockade-level confrontation with another country. The Kyaukpyu-Kunming link offers China an alternative route.

Not only could the small Southeast Asian nation play an outsized role in China’s energy security, it could help advance and strengthen China’s strategic position in the region.

The Kyaukpyu-Kunming link would reduce Beijing’s reliance on Pakistan’s Gwadar Port for Malacca-free access to the Indian Ocean and give it more leverage over Islamabad.

A friendly Myanmar also means Beijing would have its allies sandwiching a geopolitical rival and potential adversary, India. That sub-continent is flanked by Pakistan to the west and Myanmar to the east.

Myanmar belongs to the 10-member Association of Southeast Asian Nations, as does Cambodia, which is one of China’s most loyal supporters. Two friendly members in the bloc could increase Beijing’s influence over ASEAN policies.

And then there is the rare earths connection. These minerals are critical to modern technology and are used in products from cell phones to aircraft engines to the anti-counterfeiting mechanisms embedded in banknotes.

China is the world’s biggest rare earths producer. Less well known is that it has become a major importer as well. Manufacturers in China have been facing shortfalls in feedstock due to government restrictions on upstream output. The cutbacks are in response to a shift in the national strategy to consolidate China’s global dominance by further developing value-added downstream manufacturing, such as producing the hi-tech specialised magnets that are the single biggest end users of the minerals.

Myanmar meets China’s needs. In 2018 it supplied 60% of all Chinese imports of rare earth oxides and oxide equivalents.

But on the economic front, there is no question but that Beijing calls the shots.

China accounted for 33% of Myanmar’s exports in 2018. This compares with 18% for Thailand, 8% for Japan and just over 3% for both India and Hong Kong. In that period, China provided 32% of Myanmar’s imports against Singapore’s 19% and Thailand’s 14%. 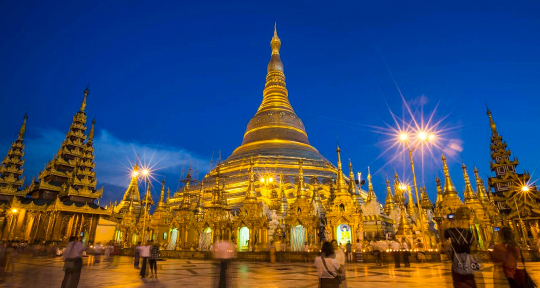 Even more important for Myanmar is Chinese investment – particularly with the Rakhine conflict and the looming threat of international sanctions dampening business and investment sentiment.

Official data ranked China as the country’s second-largest investor after Singapore – contributing a quarter of overseas inflows for the financial year ending September 2019. But in today’s globalised world of transnational businesses with their many local affiliates, conventional record-keeping likely understates the size of Chinese investment.

Both Hong Kong and Singapore are international financial centres where companies set up regional headquarters. Hong Kong, itself a part of China, is an important gateway for large fund flows to and from the Chinese mainland. The actors and funds behind investments booked through these centres could be from any jurisdiction.

Further blurring the picture are ubiquitous cross-border ownerships and partnerships. Chinese-owned CNPC, for example, is expanding its investment in petrol stations in Myanmar. But it is making its foray through Singapore Petroleum Company – a wholly-owned Singapore-based refinery that it acquired in 2009 – under the SPV brand rather than PetroChina.

Myanmar is also heavily in debt. Of its estimated national debt of US$10 billion, about $4 billion is owed to the Chinese. With foreign exchange reserves at only US$6.35 billion (2018), a lawmaker recently suggested in all seriousness that his country repay China with rice rather than dollars.

Myanmar’s edge is that China is keen to have it for an ally. Beijing has been wooing the strategically-positioned Southeast Asian nation since before the Suu Kyi government. Its overtures to develop the port and rail link predated the Belt and Road Initiative with the first memorandums of understanding going back to 2009.

The China-Myanmar relationship is and has always been transactional and driven by mutual self-interest. For all the media hype, the January meeting is not about the blossoming of true love. It is about securing friends with benefits.

Pauline is a veteran China policy risk analyst specialising in the broader political economy based in Hong Kong. She is a Senior Fellow of the CIMB ASEAN Research Institute with a special focus in ASEAN-China relations. Pauline Loong has earned an outstanding reputation as among the best-informed analysts of China’s political economy. She authors the well-known ‘Loong on China’ newsletter which has won accolades for its perceptiveness as well as its meticulous research and reliability. Pauline is the Managing Director of Asia-Analytica.