Supply shocks to plantation crop and O&G sector
Supply disruptions in agriculture and mining dented contributions from the primary industries in 2Q18. In the agriculture sector, production of palm oil and rubber fell by 6% yoy and 20% yoy, respectively, due to supply bottlenecks, shortage of workers and adverse weather. Weak palm oil output also cascaded down to the downstream edible oil manufacturing segment. Meanwhile, the oil and gas (O&G) sector was hit by natural gas production outages in East Malaysia.

Stronger imports narrow the current account surplus
The pick-up in domestic demand resulted in the current account (CA) surplus falling sharply to RM3.9bn or 1.1% of GDP in 2Q18 (+RM15.0bn or 4.4% of GDP in 1Q18) on the back of a narrowing goods surplus and higher deficits in the services and primary income accounts. The financial account also recorded a smaller surplus (+RM9.2bn in 2Q18 vs. +RM15.2bn in 1Q18) as higher placements of currency and deposits with domestic financial institutions offset large net foreign portfolio outflows.

Growth trajectory slowing more than initially anticipated
Benefiting from a temporary tax holiday and labour market improvements, consumers are poised to take over the economic mantle as other growth engines lose velocity, particularly in the public sector. Apart from revenue forgone due from the Goods and Services Tax (GST), government spending will be further curtailed by recent revelations of unpaid GST claims to businesses amounting to RM19.4bn, which the Ministry of Finance has deferred until 2019. Moreover, supply disruptions in agriculture and mining are expected to linger for the rest of the year while the manufacturing outlook is clouded by external headwinds. To reflect these adverse developments, we have downgraded our GDP growth forecast to 4.7% in 2018 from 5.2% previously, shy of Bank Negara Malaysia’s (BNM) revised estimate of 5.0% (vs. 5.5-6.0% previously).

Tough choices lie ahead as policy space constrained
To maintain macroeconomic stability, BNM’s preference likely tilts to keeping the Overnight Policy Rate (OPR) unchanged for an extended period. Unless inflation remains weak, we think room for BNM to loosen monetary policy to stimulate demand is constrained by the uptrend in US interest rates and lower market tolerance for deteriorating current accounts. Fiscal options to stimulate Malaysia’s economy are limited amid budgetary constraints, placing greater urgency on the government to provide policy clarity and accelerate meaningful reforms to unleash productivity growth. 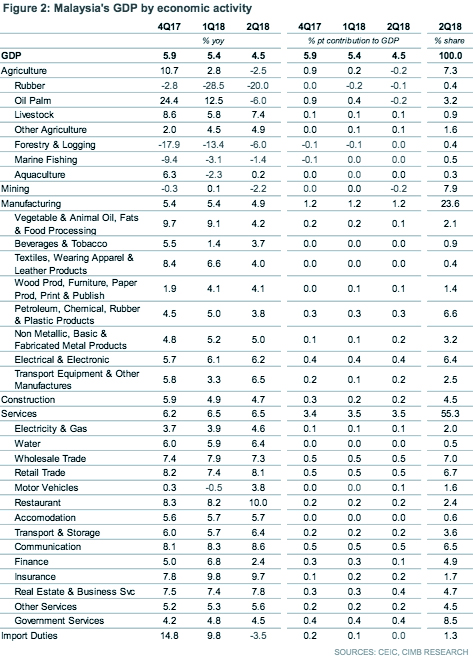 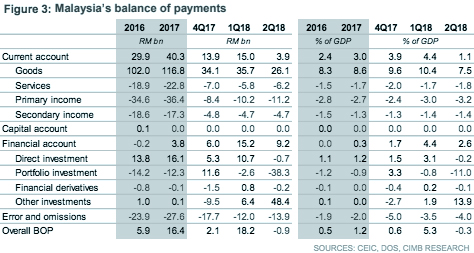 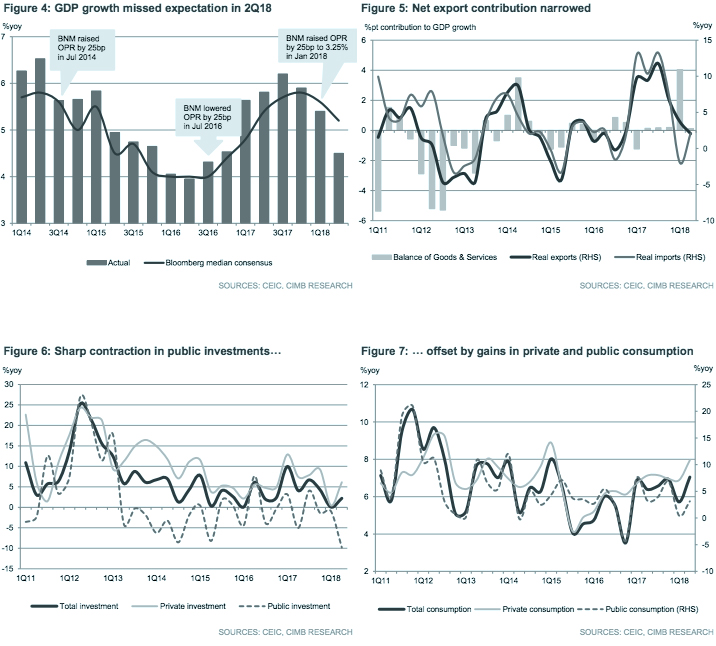 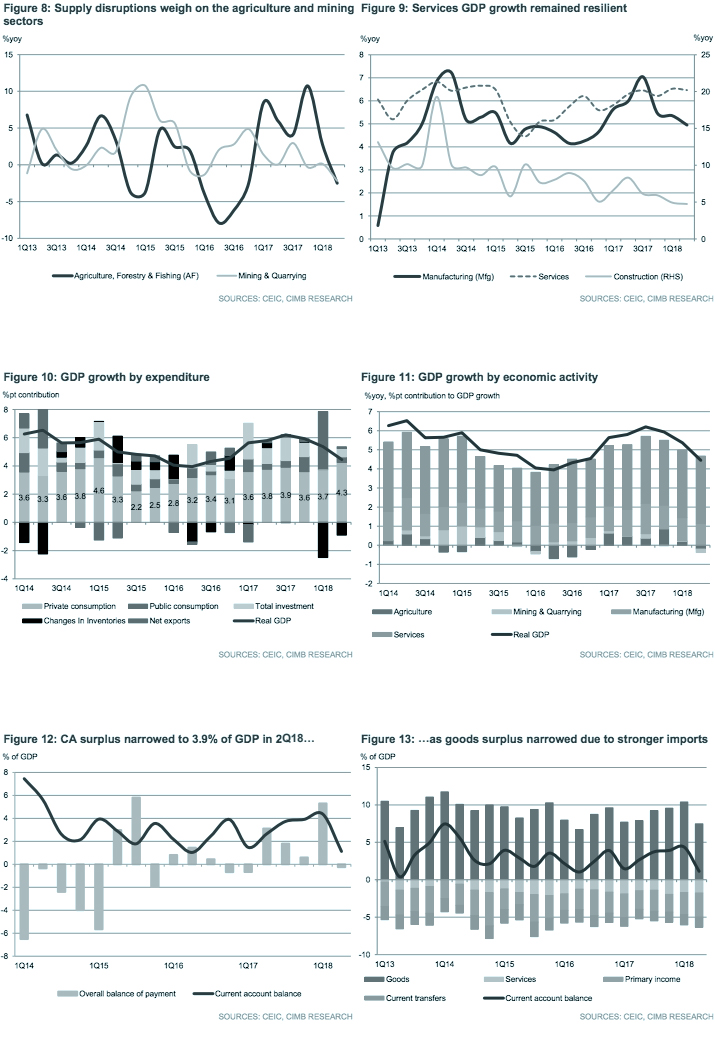 Originally published by CIMB Research and Economics on 3 August 2018.