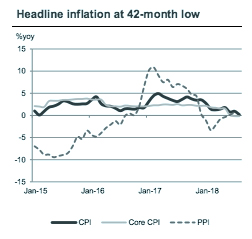 Short-term relief to consumers
The government’s priority of lowering households’ cost of living within the first 100 days of administration was reflected in weaker food inflation (meat, seafood, dairy products, vegetables and beverages) and price declines in clothing, utilities (electricity and sewage), household goods and equipment, motor vehicles and communication equipment & services. The prospect of temporary but significant cost savings brought forward consumer spending to 3Q18, as exhibited by a 27% increase in car sales in August.

Additional SST exemptions granted
Since the start of September, additional exemptions from SST have been granted, including for mobile prepaid services, premium seafood, rentals of small stalls and cigarettes sold in F&B shops with turnover below RM1.5m. The Ministry of Finance (MOF) has also reduced the SST on cameras and smartphones from 10% to 5%. Finance Minister Lim Guan Eng has stated that the SST list will continue to be reviewed until end-2018.

Policymakers to insulate households from impact of SST
The anticipated inflation pick up from September will be muted by 1) the narrower coverage of CPI basket under SST vs. GST, 2) government enforcement to clamp down on indiscriminate price hikes, 3) fixed retail RON95 and diesel prices, 4) lower sugar prices in September, 5) reactivation of the National Cost of Living Action Council, 6) postponement of container tariffs hikes to March 2019, and 7) continued efforts to reduce household costs, particularly in broadband services, transport and utilities (water and power).

Monetary policy to stay accommodative on benign inflation outlook
In our view, Malaysia’s inflation outlook should remain benign at 1.0% yoy in 2H18F, and 1.3% in 2018F. Hence, we expect BNM to maintain the Overnight Policy Rate (OPR) at 3.25% for an extended period until mid-2019F. The final MPC meeting for 2018 falls on 8 November. 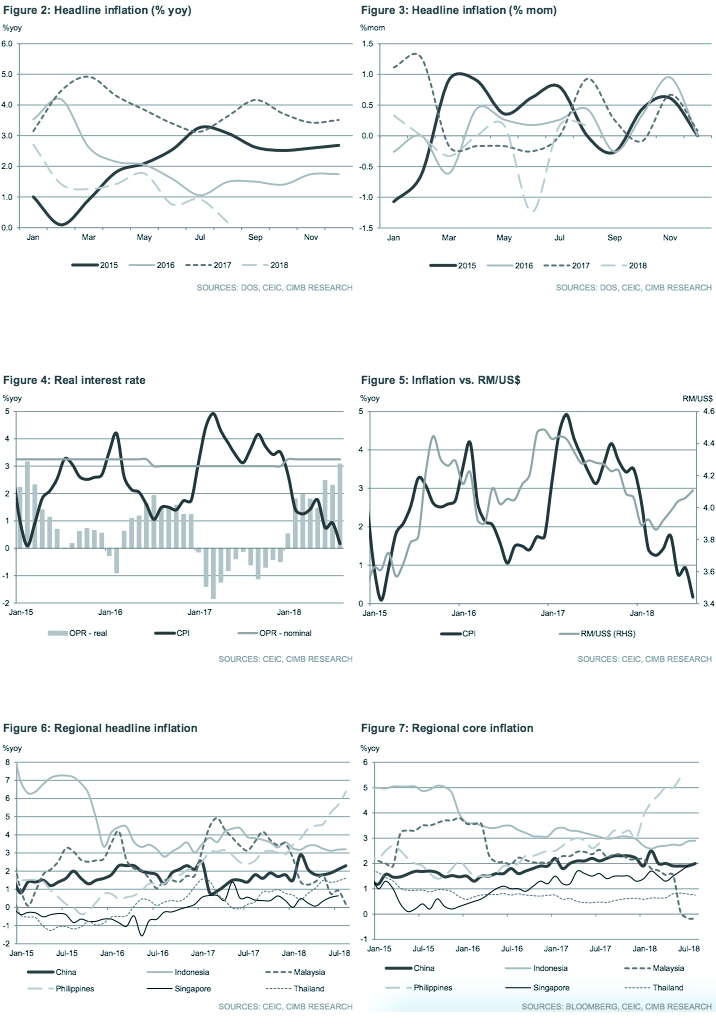 Originally published by CIMB Research and Economics on 19 September 2018.